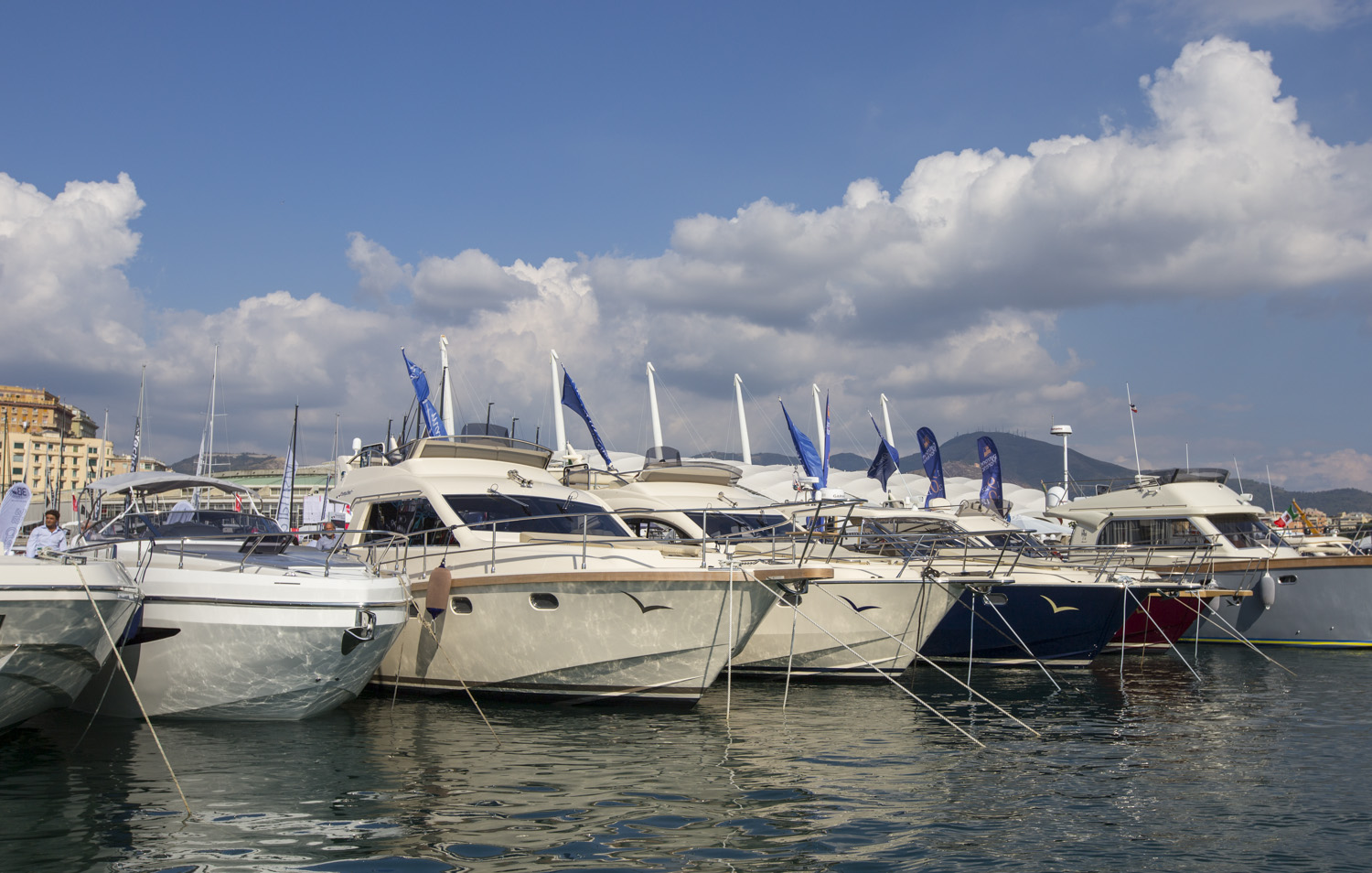 The fourth day of the 56th Genoa Boat Show formally started in the UCINA Forum conference room on the mezzanine floor of Pavilion B, with the III Conference on Coastal and Maritime Tourism organized by UCINA Confindustria Nautica, Federturismo (the Italian Tourism Federation), and Assomarinas. The conference offered an opportunity to discuss the development strategies of the sea economies in which it is worth investing, to analyse the current market trends in marina services, and to tackle open questions regarding the dispute with the Constitutional Court on concessions for the use of state-owned maritime property, the reform of the state property administration, and the Italian Parliamentary Decree on concessions for the use of state-owned property.

Pavilion B also hosted today a meeting between UCINA and the Campania Nautical Association (Associazione Nautica Campana), at the end of which President Carla Demaria expressed her full support to NAUTICSUD, which she considers a very interesting, high-level event, as also confirmed by the 70 thousand visitors that attended last edition. President Demaria also announced she will be attending the opening ceremony of the 44th edition on 18 February 2017. “This important acknowledgement is an honour for us and makes us really proud”, stated the President of the Campania Nautical Association Gennaro Amato, who, talking about the Genoa Boat Show, also added: “Anyone involved in boating simply can’t miss Genoa Boat Show, which is still a reference event for the entire sector. Those who are not here are making a mistake”.

Designers from all over the world took part in the contest, attracted by the opportunity to get an immediate assignment, as well as winning the magnificent trophy created by Olcese and Ricci.

In the power boats category, the winner was the project by Matteo Cappellazzo and Mattia Piro (University G. Marconi, La Spezia), featuring new design concepts that stem from the will to offer guests the largest possible outdoor areas while ensuring flawless continuity with the helm station. In the sailing boats category, the award went to Korean designer Ho Joon Choi, with Aylin Ors, Marcio Schaefer and Dimitra Agapitou (Milan Polytechnic), who designed a 19-metre craft that combines a captivating design with the need to manage the boat with a two-member crew only. In the category reserved to students’ projects, the Jury unanimously selected the thesis written by Lagatta (University G. D’Annunzio, Chieti-Pescara), an essay on inclusive design in sailing yachts, the very first in its kind in Europe. The Jury’s Special Mention, which entitles the winner to a professional internship – as is also the case for the winners in the three previous categories – went to Argentinean designer Agustin Paladini for the racer cruiser Bauto 45 – a project that the Jury unanimously chose for its great professionalism.

After the awarding ceremony, Aspronadi President, Giovanni Ceccarelli, announced that its next edition too will be held in Genoa during the 2017 Boat Show.

At the Sea Theatre, the Olympic Games were back in the spotlight, with a very special guest, Eraldo Pizzo, water polo gold medal winner at Rome 1960 Olympics, as well as Rio 2016 athletes Flavia Tartaglini (women’s RS:X) and Mattia Camboni (men’s RS:X). All of them took part in the live broadcast on Italian national TV channel Rai Sport 1 hosted by Giulio Guazzini, together with the Vice President of the Italian Sailing Federation (FIV) Francesco Ettorre, FIV Technical Manager Michele Marchesini, and Adriano Stella (RS:X Federation Coach).

Just a few metres off Genoa seafront, Corso Italia, the first M32 Sailing Series regattas were held today, featuring the magnificent catamarans Marström 32. After 3 regattas, the temporary ranking is currently headed by FFC/MALIZIA, whose skipper is Olympic athlete Vittorio Bissaro, followed by Section 16 (with skipper Richard Davies and crew members the American Chris Rast and former Luna Rossa crew member Manuel Modena) and by Italia Sailing Team (with skipper Riccardo Simoneschi and Lorenzo Bressani calling tactics). Tomorrow the races will start at 1.00 pm. In order to take part in a contest with a Hot Seat aboard M32 catamarans to be won, the public can register at the info points located inside the fairgrounds.

Sports fishing was today afternoon’s focus. The teams that will be taking part in the stage competition The O’ – i.e. the crews that will compete at sea on Saturday 24 September for 8 consecutive hours searching for the King of the Mediterranean, the Red Tuna – were presented today at the Sea Theatre.

A workshop, Catch&Realise, was then held by sports fishing champion Sandro Onofaro, who also held a press conference presenting the overall The O’ project.

The stage was then taken by the Garmin Fishing Academy, with a session devoted to presenting the most common fishing techniques and most appropriate fishing equipment and tools. Several celebrities interacted with the public, coordinated by Garmin Italia’s Product Manager

Worth mentioning is also the C-Catamarans project, presented for the first time at world level by Sandro Onofaro at Genoa Boat Show today: the power Fishing Cat catamarans, currently being designed, will offer large areas for fishing, limited consumption, and outstanding stability.

Sea trials and other interesting scheduled events also took place all day long.
Tomorrow, the first stage of the sports fishing competition The O’ will start from the Boat Show at dawn, at 6.00 am sharp. Then, starting at 10.30 am, SUP speed and slalom competitions and freestyle acrobatic demos will be held. Not to be missed is the second day of regattas with M32 catamarans, with the unique chance to be onboard one of them during the race.

Tomorrow, 24 September, at 11.30 am, solo sailor Giancarlo Pedote will be on the Sea Theatre stage, while at 12.30 the third, and last, day devoted to the Rio Olympics will start.

In the afternoon, the Sea Theatre will be the venue of the presentation of the 2017 ‘151-mile’ Regatta, of the awarding ceremony of the 2016 Offshore Championship¸ and that of the Trofeo Arcipelago Toscano.

At 4.30 pm, awarding ceremony of the The O’ fishing competition, at 7.00 pm, 15th edition of the Barca dell’Anno (Boat of the Year) award, promoted by trade magazine Vela e Motore and UCINA Confindustria Nautica.