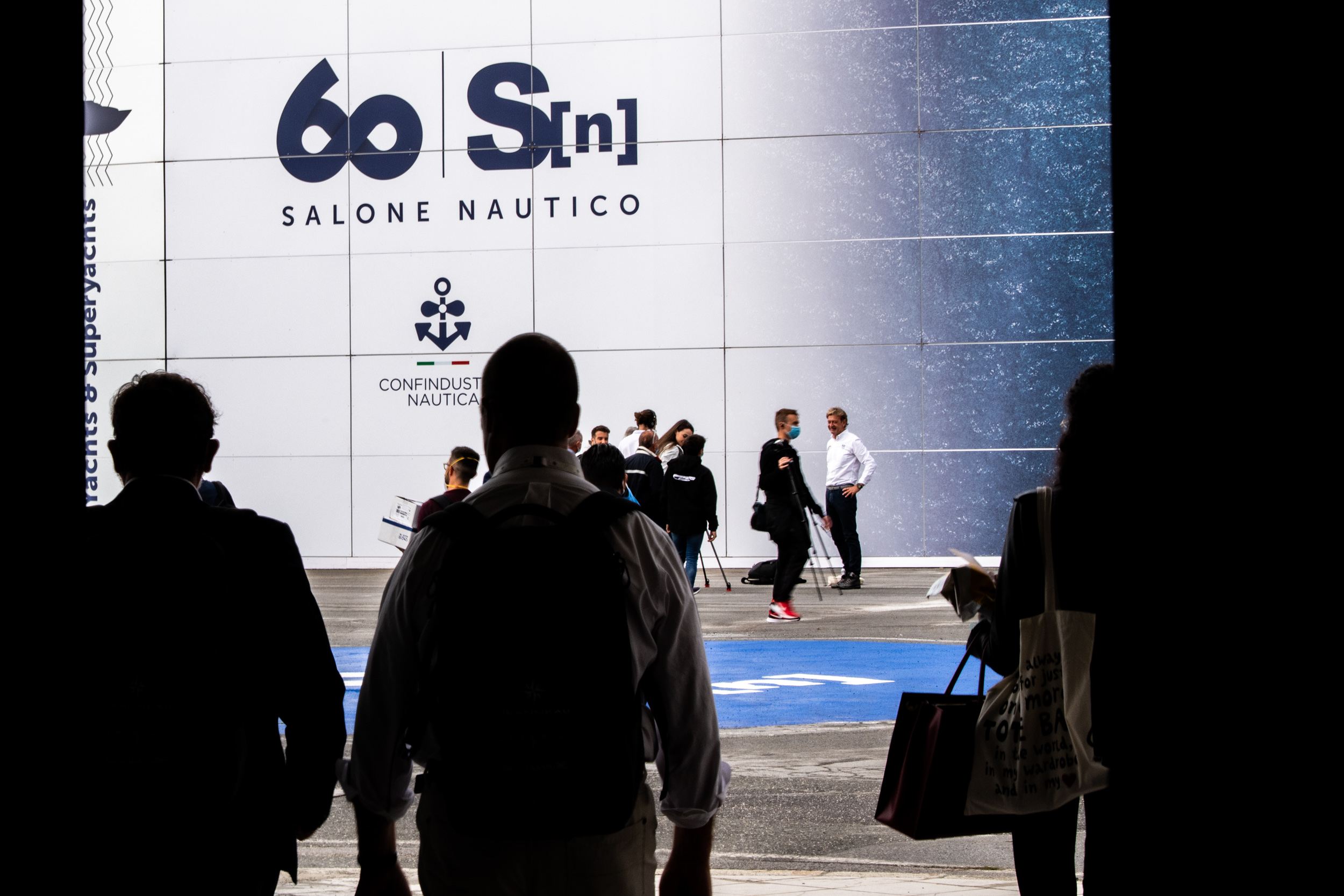 ALSO, A BRIDGE BETWEEN THE 60TH GENOA BOAT SHOW AND THE 52ND EDITION OF THE BARCOLANA

The events programme of the 60th Genoa International Boat Show opened under the banner of excellence and innovation with the event ” Colour, beauty and innovation. A voyage of excellence from Genoa to Dubai “. The event, organized by the Boero Group and the Italian Expo Dubai 2020Pavilion, was an opportunity to take stock of the adventure that will see Italy and its territories play a central role in next year’s Expo 2020 Dubai . Among the speakers were Andreina Boero , President of the Boero Group , Marcello Fondi , Additional General Commissioner for Expo 2020 Dubai and Giovanni Soldini – skipper and ocean sailor. Antonio Macaluso moderated the event, columnist for the Corriere della Sera. “ We want to support the very best of that which is Italian and, in our case, Genovese, just like this Salone, as well as with a great Italian flag on the pavilion roof, with our ecological interior paints” stated Andreina Boero .

Following this was the press conference for the presentation of the data from “Safe Sea”, by the Ports Authority: positive numbers – with fewer rescues and fewer fatalities than in previous years – all available on the Coast Guard website. Much attention was also paid to the environmental aspects of the sea, with a project for collecting abandoned fishing nets on the seabed and with the monitoring of whales by Tethys .

The press conference of the Italian Naval League was also held at the Breitling Theatre, in which the social, cultural and sporting aspects of nautical bases and Third Sector associations were discussed.

Today also saw, in celebration of the opening of the Genoa International Boat Show, the presentation and award ceremony of the first patrol boat by the Ferretti Security Division, FSD N800, to the Carabinieri forces, in the presence of General Claudio Vincelli CA, Interregional Commander of the Carabinieri “Pastrengo” and of Alberto Galassi, CEO of the Ferretti Group together with Giuliano Felten, Director of Ferretti Security Division. “This is a magnificent day for FSD: I want to thank the Carabinieri for having chosen to equip themselves with vehicles that integrate the best technology on the market, in full respect of the environment. FSD patrol boats guarantee extraordinary efficiency of any profile for security and patrol missions. Once again, the excellence of products, designed and built entirely in Italy is recognized ”declared CEO Alberto Galassi.

There were two product premieres on this first day of the Boat Show, the Manhattan 68 by Sunseeker and, in a world premiere, the Bali 4.6 by Chantier Catana sas.

In the evening, ” The alphabet of the future – The networks of our tomorrow “, a story on the newspapers and websites of the group, organized by La Stampa / Il Secolo XIX, which has made a stop in Genoa for the Boat Show: a journey between different cities and topics, where the common denominator is innovation.

The first day ended with an event organized by Suzuki to celebrate its 100th anniversary . Paolo Ilariuzzi – Marine Commercial Director SUZUKI Spa had this to say: “It is an edition filled with important birthdays and round figures, with the 60th anniversary of the Genoa Boat Show today we celebrate Suzuki’s 100th anniversary, active in the nautical sector for the last 55 years. There really is no place better than this to celebrate our anniversary – comments Paolo Ilariuzzi , Marine Commercial Director of Suzuki Spa – in such a different year, being here is a sign for our customers who have shown us once again how fond they are of us and the brand. An important choice made by the Salone and the institutions that support it, a decision we share, and which makes us proud to be here again, this time celebrating such a significant anniversary“.

The digital non-stop Genoa Trieste Regatta 2020 regatta started this morning, with 16.141 skippers registered. The digital event, organized by the 60th Salone Nautico and Barcolana on the virtualregatta.com platform, will combine the 60th edition of the Genoa Boat Show and the 52nd edition of the Barcolana , two great events that have collaborated for years to promote the culture and defence of the sea.

The main appointments, conferences and events of the 60th International Boat Show are streamed at the address https://sntv.salonenautico.com/ and on the Facebook pages of I Saloni Nautici and of the Italian Marine Industry Association.

14.30-15.30: Multidisciplinary marine research: the PhD course in Sciences and Technologies of the Sea – organized by the University of Genoa

15.30-16.30: The Italian Naval League for the marine environment: Past, Present and Future – by Lega Navale

11.00-12.30: Boating Economic Forecast / Nautica in Cifre: The resilience of the boating industry. What scenarios await the sector in the age of the new normal ? – held by the Italian Marine Industry Association’s Market Analysis Department, with the Edison Foundation, Assilea and EBI – European Boating Industry (Forum Room – Event live streamed)