The 69F foiling monohull at the 59th Genoa Boat Show 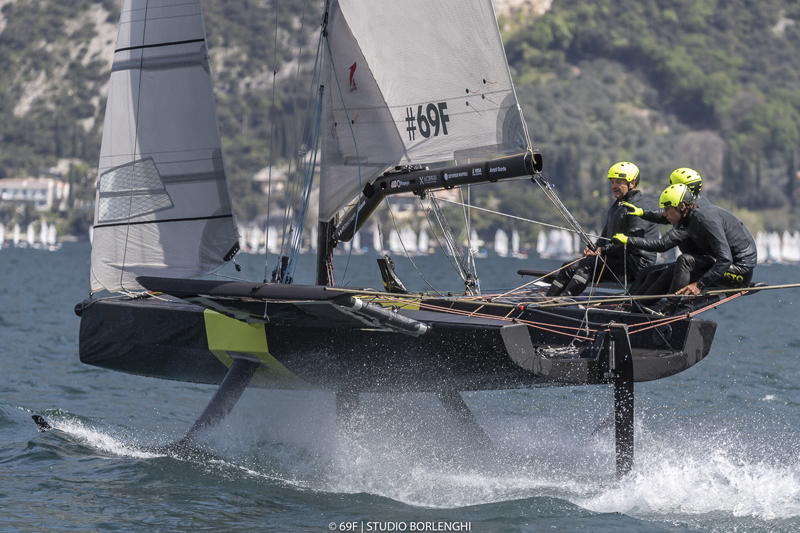 A foiling monohull for three crew members, the new 69F is the product of a team including sailors, athletes, managers and communication experts and will be making its debut at the 59th Genoa International Boat Show.

A brain child of Maciel “Cicho” Cicchetti and Daniele “Dede” De Luca and developed by designers Nahuel Wilson and Laureano Marquinez, the new 69F is built in carbon. 6.90 meters long and 2.10 metres wide, she weighs 350kg and “flies” with only 7 knots of wind.

The overall 69F project, which required an eight-month long development and fine tuning phase, will also include a four-leg circuit race (the first to take place in April 2020 in Europe) named the 69F Cup and a Foiling Academy directed by Olympic athlete Santi Lange.