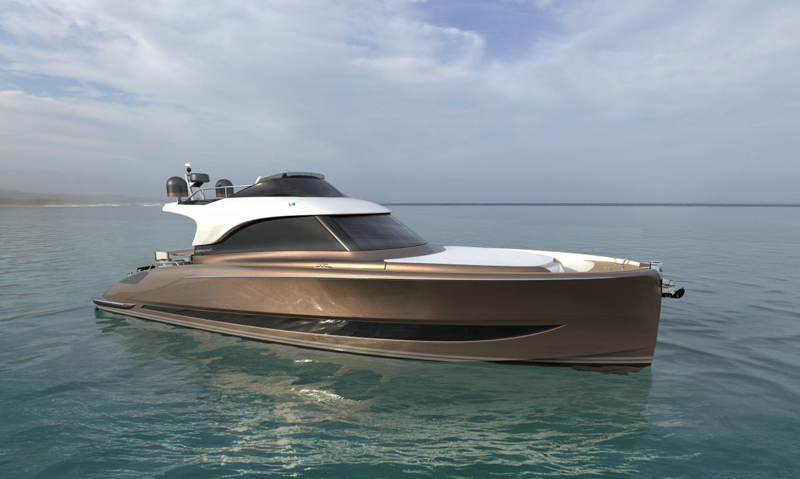 A reflective Bentley blue hull, a pearl white structure on top and a flybridge that copies the same blue as that of the hull in a more opaque style. These make up the latest design to be showcased at Boot Dusseldorf, starting on 18th January, by Solaris Power for its world premiere: the 48 Lobster Flybridge.

14.35 metres long and 4.87 metres wide, the new 48 Lobster Flybridge aims to repeat the success achieved by the 55 Lobster and the 48 Open, combining the quality of a marine vessel with functionality, safety and comfort. Along with the walkaround which allows users to move freely from bow to stern, the 48 Lobster Flybridge offers side walls that can be removed, allowing the owner to open up the cockpit, adding an extra 20% surface area.

The interiors can be composed of a single cabin or include two cabins and two bathrooms with a sailor’s cabin while, when it comes to motors, the choice is between two Volvo Penta IPS set-ups: 600 or 650 reaching top speeds of over 30 knots and a range of 300 miles at 20 knots.