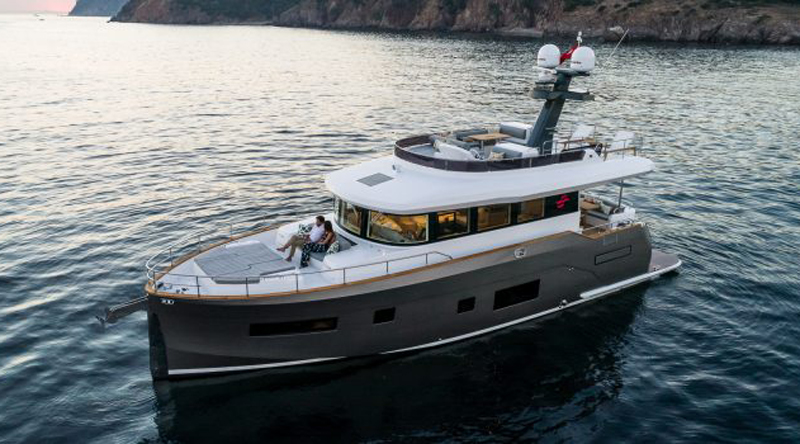 The new version of the Sirena 58. This was the latest model presented at the 58th Genoa International Boat Show by Sirena Yachts, along with two collections of sailing boats, Azuree and Euphoria, from the Istanbul-based shipyard Sirena Marine.

The hull, concept and exterior design are the work of Germán Frers while the interior design was conceived by Tommaso Spadolini. The Sirena 58 in its new version offers three cabins for 6 people overall. The previous model had instead only two cabins. No changes to the sailor’s quarters to stern.

Among its signature characteristics, for the owner, is direct access to their own cabin from the deck to bow without having to go through the living area. 18.68 metres long and 5.35 metres wide, the Sirena 58 features a semi-gliding hull and with two 650 Hp Caterpillars it can reach a top speed of 30 knots. Cruising speed is 16 knots while autonomy at 10 knots is 850 miles.