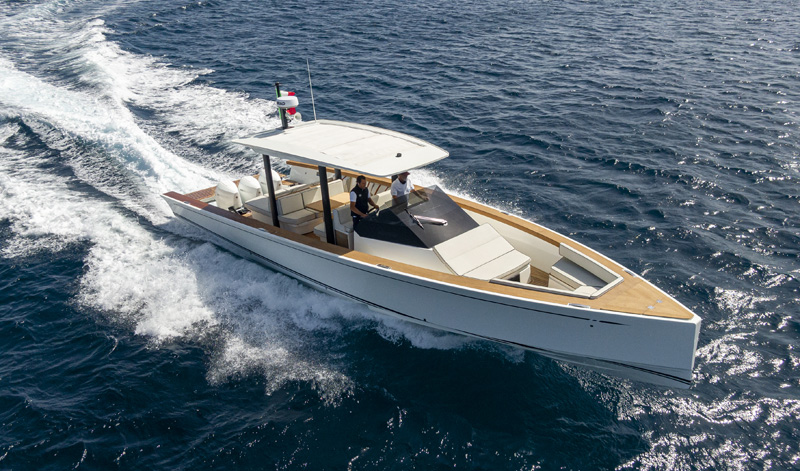 The 61st Genoa International Boat Show (16th to 21st September) will be a global opportunity to discover the Swan Shadow, the Nautor’s Swan shipyard’s first ever motor yacht; a project spearheaded by  Leonardo Ferragamo, President of the Finnish shipyard since 1998.

Measuring 13.23 metres in length, the Swan Shadow bears the signature of designer Jarkko Jamsen and, a part from an extremely personal design, the model stands out for its versatility which allows the yacht to adapt to a plethora of uses thanks to numerous options for customisation and personalisation.

Alongside the brand new Swan Shadow, scheduled to be moored at the 61st Genoa International Boat Show, Nautor’s Swan will also be showcasing two models from the Swan Yachts line (while the other two will belong to the Maxi Swan and Club Swan lines): the freshly launched Swan 58 and the Swan 48.

The Swan 58, a sloop measuring 19.11 metres in length, is the latest sailing yacht by Nautor’s Swan. In fact, the first example of this design was launched in April this year by the Spanish Badalona boatyard. The Swan 48 (14.78 metres), designed by Germán Frers is the third version of this model following that of Sparkman & Stephens (1971) and the other version developed by the same Frers in 1995. By the time the first Swan 48 was launched, seven orders had already been placed, making the design Nautor’s Swan’s number one “best seller”.