MONTE CARLO YACHTS TO SHOWCASE THE MCY 80 AT BOOT 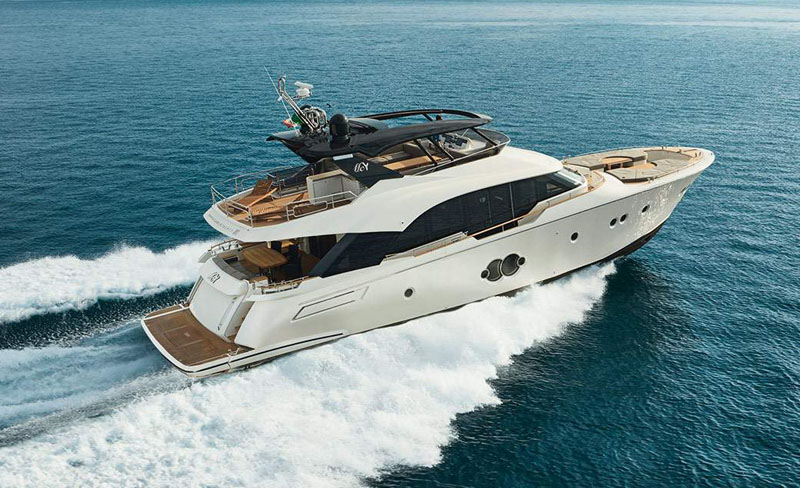 Monte Carlo Yachts has selected the MCY 80 to fly the company flag at this year’s Boot Düsseldorf (18th-26th January). The same event last year saw the presentation of the MCY 70 which, joined by the MCY 66 and the MCY 70, made up the trio of new models launched by the leading shipyard of the “luxury yacht” sector under the Bénéteau Group in 2019.

Her interiors and exterior designed by the Venetian studio of Carlo Nuvolari and Dan Lenard, the MCY 80 offers, among her prime features, a Portuguese bridge that connects to a large flybridge. The interiors are inspired by the presence of natural light both on the main deck, with the open space that opens onto the cockpit, and on the lower deck with an owner’s suite, a VIP cabin and two double cabins for guests.