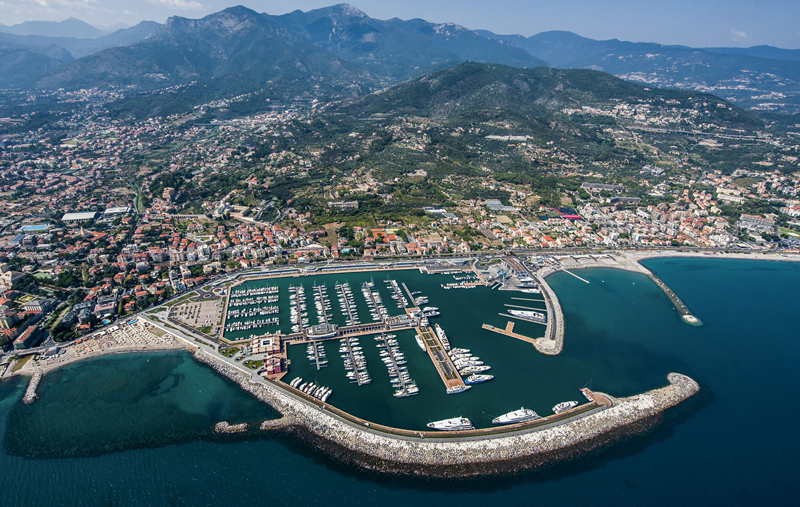 “The ongoing development of Marina di Loano’s image starts with what identifies us across the globe: our logo”. The words of Gianluca Mazza, CEO of Marina di Loano as he explains the current restyling process that has produced the brand new logo designed for the marina, an international point of reference, not just for sea enthusiasts, located on the Ponente Riviera.

Marina di Loano’s new logo will be revealed on Saturday 8th May coinciding with the arrival of the 12th Historical Re-enactment of the Milan-Sanremo Cup, one of the most important events on the vintage car calendar, as it makes its way to the finish line after setting off in Milan on 6th May.

A new logo means new ideas, as Marina di Loano awards the winners of the international competition “Leisure Harbor” which opened on 30th November with the aim to consolidate and develop the structure itself as a whole, a truly global hub for entertainment offering a total of 1,000 berths. After careful deliberation, sifting through a staggering 124 designs from 68 countries, the jury, made up of international experts, decided to declare the Italian team “MDarchitetti”, headed by Carlotta D’Alberti and Alessandro Massaro, the winners, for a design that shows a potentially new face for Marina di Loano, while still preserving and making the most of its strong points.