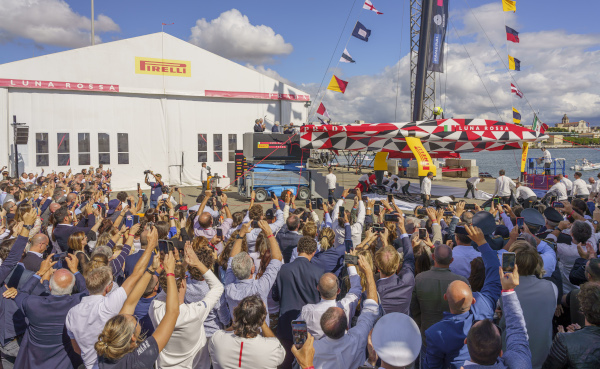 The so-called “mule” was launched in Cagliari at Luna Rossa Prada Pirelli’s headquarters. The model will serve as the foundation for developing the AC75 with which the Italian team, led by skipper Max Sirena, will take on the 37th America’s Cup scheduled to take place in 2024 in Barcelona.

The new Luna Rossa test-boat, built in carbon composite (almost 5,000 square metres of material were used) and  conceived, designed and constructed at the Cagliari headquarters, adopts experimental solutions in every aspect and cutting-edge materials, fitted with a wing mast with sails by North Sails.

During the launch, a new team was presented, including many young team members both in the design team and in the sailing team who will begin training in a few days’ time.