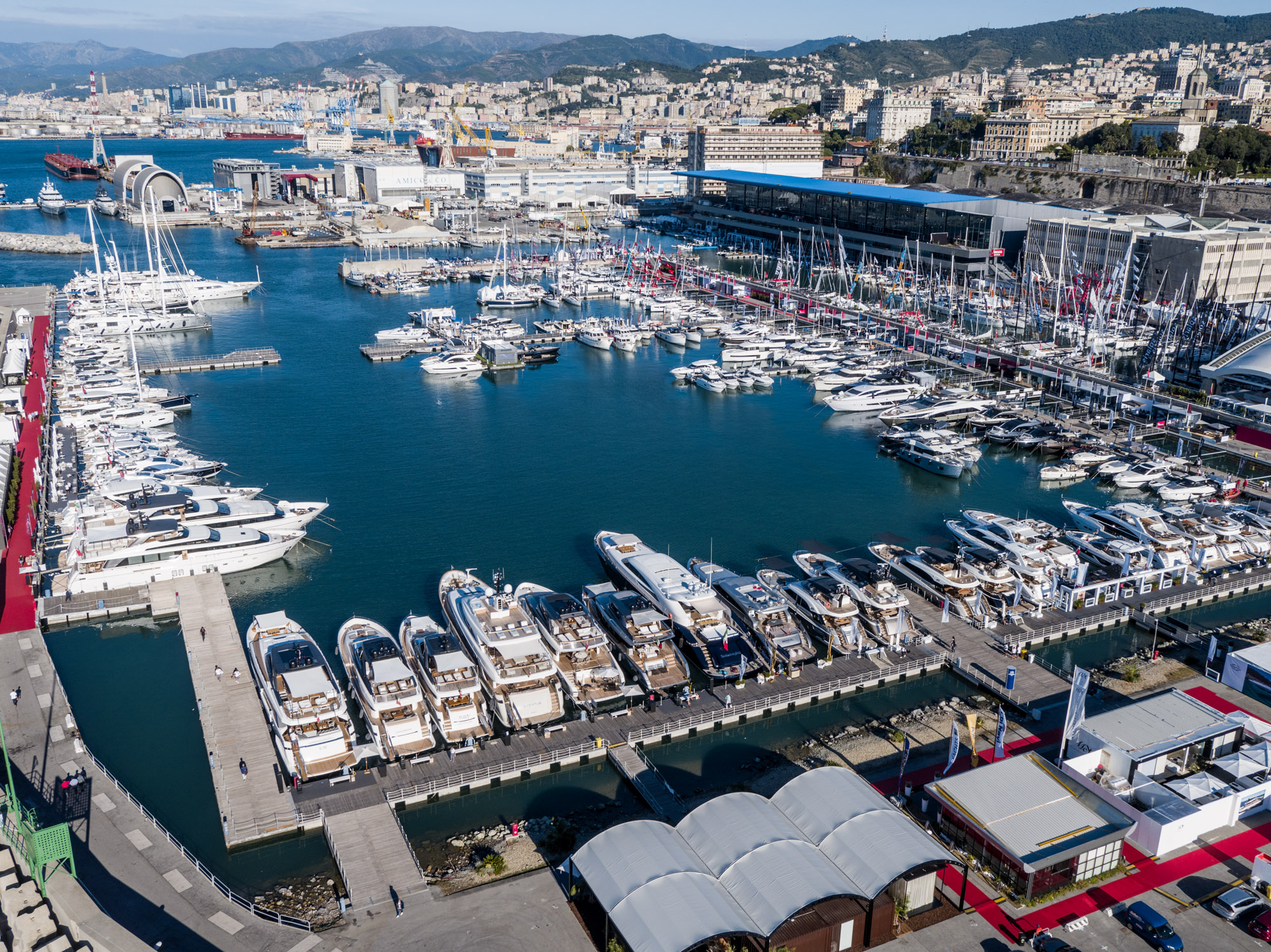 THE 59th GENOA BOAT SHOW FROM 19th TO 24th SEPTEMBER

DEMARIA: “WE ARE EXPECTING EVEN GREATER NUMBERS THAN LAST YEAR’S EXTRAORDINARY OUTCOME”

CAMPAGNA: “ALL AREAS OF THE GENOA BOAT SHOW ARE CONFIRMED WITH TECHNICAL SOLUTIONS IN PLACE FOR THE RISE IN DISPLAY-RELATED REQUESTS”

Starting on 14th March, it will be possible to register for the 59th Genoa Boat Show organised by the Italian Marine Industry Association, UCINA, in Genoa from 19th to 24th September this year.

A formal beginning to organising activities following an intense follow-up phase which kicked off with a survey on the 58th edition which saw exhibitors’ approval rating reach 98% and which continued with an overseas presence promoting the Genoa-based event at the industry-leading shows worldwide: from Ibex in Tampa to the Fort Lauderdale Boat Show, from Mets Amsterdam to Boot Düsseldorf, ending with Dubai’s DIBS.

The 59th edition: redemption and expectations

“The 59th edition of the Genoa Boat Show is looking forward to one of its best years to date  – commented Carla Demaria, President of UCINA – “Over the last few months we have gathered statements from exhibitors at the previous edition, 100% of which have confirmed they will be returning along with this year’s new additions, most of whom will be from overseas. Overall, we are expecting even greater numbers than last year’s extraordinary outcome, where 951 exhibitors (a 7.6% increase from 2017) met 174,610 visitors (+17.8 from 2017), a sign that the show was able to consolidate its role as a key tool for businesses across the industry”.

The Genoa Boat Show remains the cross-sector showcase for business development in line with the market. The latest data provided by UCINA’s Market Research Department, following a study carried out on an impressive sample of businesses, shows the industry is benefitting from a clearly positive trend. The growth rate predicted using the same sample for 2018 hints at a staggering +9.5% for the Italian boating industry’s global turnover.

The display layout: the multi-specialised Boat Show will be back

For the second year running, the Mediterranean’s largest Boat Show will once again be applying the successful formula of one boat show containing four distinct areas. A multi-specialised Boat Show, with dedicated services developed specifically for four market segments: yachts and superyachts, the world of sailing, that of outboard motors and inflatable boats, and accessories and components in order to provide an increasingly tailored approach to satisfying specific needs. Therefore, the show’s layout will be split in four areas, however, further connecting services will also be available.

“The entire layout of display areas used in the previous edition will be available again this year, with 115,000 square metres of water surface and 110,000 square metres on land – stated Alessandro Campagna, Commercial Director of the Genoa Boat Show -. We have also worked towards identifying new technical solutions for the rise in requests, from widening the piers which will broaden the areas used last year, to optimising a number of outdoor sections in order to ensure we take full advantage of the spaces at our disposal”.