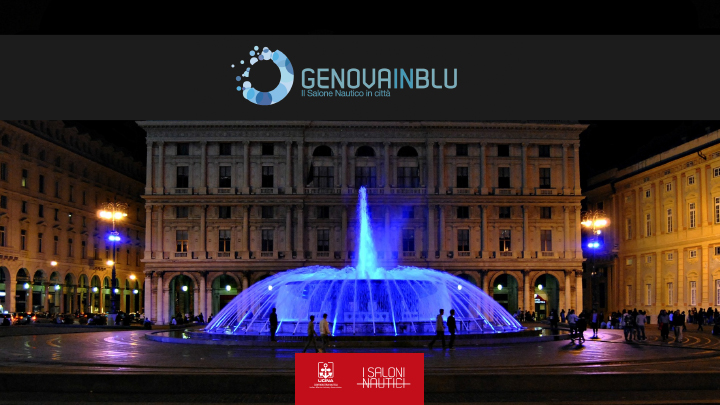 To celebrate their renewed synergy, the Municipality of Genova and the Genoa Boat Show have organized the Genovainblu program, a series of events taking place in the Ligurian city during the International Boat Show (21-26 September 2017. During the 57th edition of the Salone Nautico, Genova will host many dedicated events and special openings that were illustrated by Mayor Marco Bucci at the press conference held in Palazzo Tursi to kick off the maritime exhibition.

* Special fares with public transport AMT and taxis to facilitate travelling from the exhibit grounds at Piazzale Kennedy to the city center, thus enabling visitors to attend the many Genovainblu events.

* A special Shopping Bus organized by the welcoming project in collaboration with the Chamber of Commerce Progetto Accoglienza, which this year celebrates its 15th edition.

* Many hotels, restaurants and bars extending special offers to the Salone Nautico guests and visitors.

* The “1 Euro Museums” initiative that includes 20 museums and points of interest in Genova.

* 5 Euro discount on the entrance ticket to the Genova Aquarium.

* Preview of the Rolli Days, with the palaces lit up and open to the public.

* During the European Heritage Days, the most lavish and superb Genovese private historic homes will open their doors to the public.

* The Mediterranean Festival at the Villa Croce Museum with performances, film screenings and a beach bar in the villa’s park.

* A Yachting & Sailing Cinematic Review focusing on the sea and sailing; event by Circuito Cinema Genova.

* On 23 September, countless initiatives organized by the local neighborhood associations in different areas of the city and shops open in the evening at night alongside with entertainment, food, music and dance. Events include

Nervi Window Displays with shops open until 23 pm and three music stages along the promenade;

Night in Blue and live entertainment in Via Roma and Galleria Mazzini;

San Vincenzo in Bloom and a series of street happenings in the historical downtown quarter, a mix of art and sociality, on both Saturday and Sunday afternoon (23-24 September 2017).