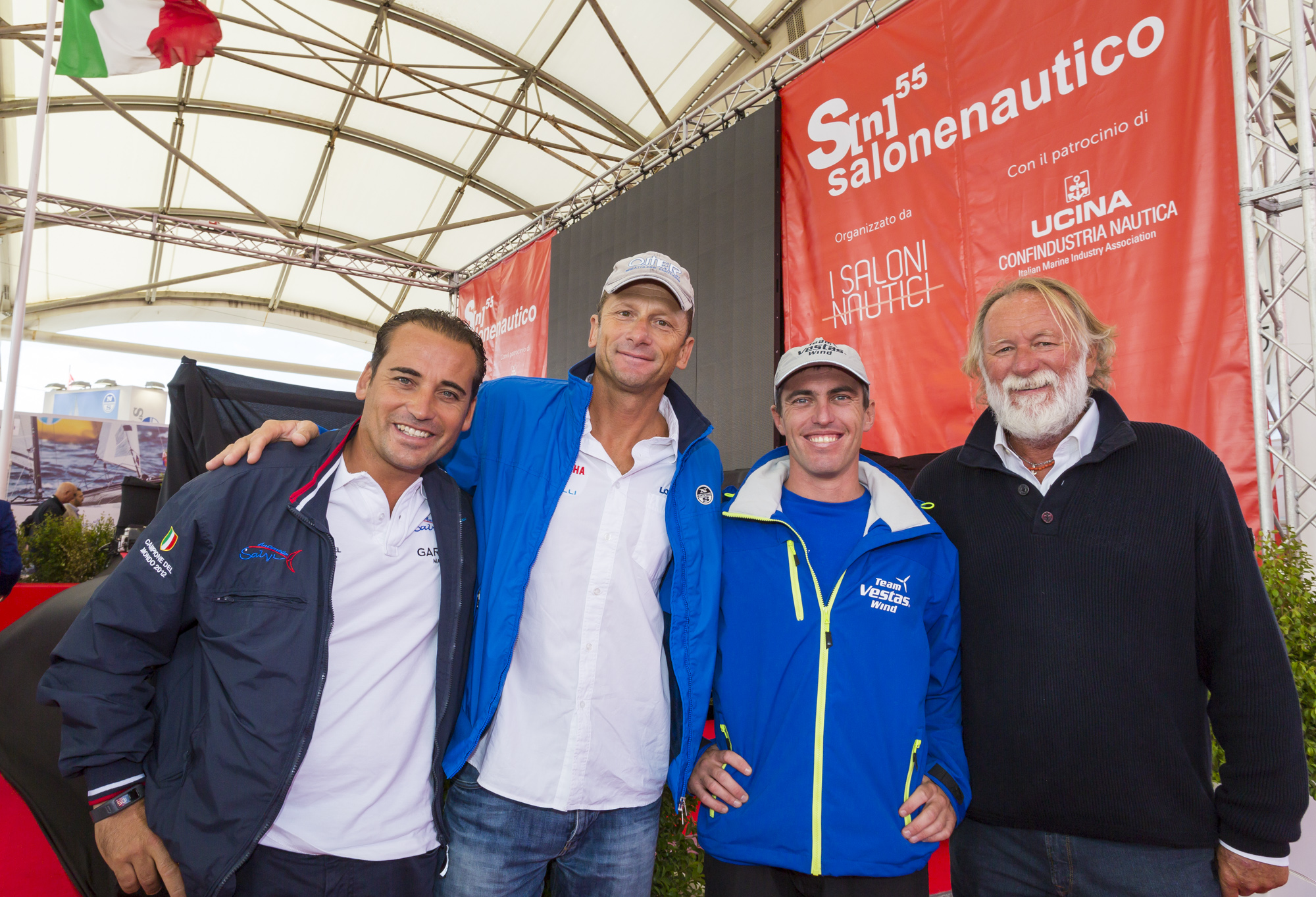 The Boat Show embraces sport: today the champions of the sea meet the public at the “Teatro del Mare”. In the afternoon the best design accessory will be named at the Adi-IBI innovation awards.

Not only boating but also sport: the Show of the relaunch revealed itself as an important show for the sea sports world. Today the sport lovers had the possibility to meet and talk with the great champions, in the event “Il nostro Mare” which brings together: Umberto Pelizzari, Mauro Pelaschier and Antonello Salvi – testimonials of the campaign #conquistiamoilsalone – and also Alberto Bolzan and Richard Brisius from the Volvo Ocean Race.

The meeting has been an occasion to meet the champions, their achievements and passionate stories, wonderful moments of sea life. Here some comments: Umberto Pelizzari, the greatest Italian free diver, confessed his fondness for the Mediterranean Sea, the sea he knows better in every single shade of its colors: “Mediterranean Sea is my favourite, its a sea that changes, different in summer and winter, its an elegant sea and to an expert eye it hides always thousands of surprises”. Antonello Salvi, fishing champion, also spoke about the mediterranean sea: “I’ve been in other seas, but in the Mediterranean the best part of the game is the challenge, in other seas everything is easy, but here you find the emotion of fighting, of conquering the fish”. Mauro Pelaschier, most awarded sailor, spoke about how he approached the sail world: “In my club the old champions spent themselves to make the younger grow, the pushed me on the boat and said: -try!-. We need to gain experience, but before we need to link the instinct to the boat, then we can begin speaking about theory and technique”.

Alberto Bolzan, the only Italian in the VOR, spoke about an aspect that transcends preparation, technique and teaching: “I remember the first time i faced the ocean, during the training I understood that, under many aspects, i was starting from the bases: a deep respect is needed when facing the nature, you need to understand that is not something under your control, that many times you suffer it, and you need to face it with the right respect”. An experience from the northern seas came from Richard Brisius: “Where we are from, the north, water temperature is 18 C maximum and during the winter we ride on the ice, but what pushes we the Swedish is the beauty of the archipelago, of more than 10,000 islands, in front of our coasts”.

A surprise call arrived from Silvia Sicouri, sailing champion who yesterday won the bronze medal in the European NACRA 17 championships: “Sea is for me an essential element, I always want to be tuned to him, i think is him to decide the rules and I only want to understand him, take him and become one with Vittorio [Her sail companion] and the boat to sail him”. Among the audience there was also the oceanic sailor Andrea Mura, then invited on the stage, to tell about its recent experience with single hull foiling boats that he defines “the boat of the future”.

During the afternoon, at the Bonaldo Space in the Pavilion B, the traditional appointment with the ADI-IBI Innovation Award took place, the award for the best design boating accessories of the year organized by ADI (Industrial Design Association), IBI (International Boat Industry), the magazine “Barche” in cooperation with Ucina Confindustria Nautica and I Saloni Nautici. Avionics Dock-to-dock Autorouting, a cartography system for navigation, won the award.

A unique product that gives detailed directions for the safety and the ease of navigation, it shows the Italian ability to innovate and introduces the possibility of a continuous implementation of the system with users” This is the motivation of the judges.

Navionics Dock-to-dock Autorouting, thanks to the ADI-IBI Innovation Award is now among the products nominated to be inserted in the ADI Design Index, the annual publication by ADI that gathers all the bests of Italian design, selected by the permanent observatory of ADI Design and take to the prestigious award Golden Compass.