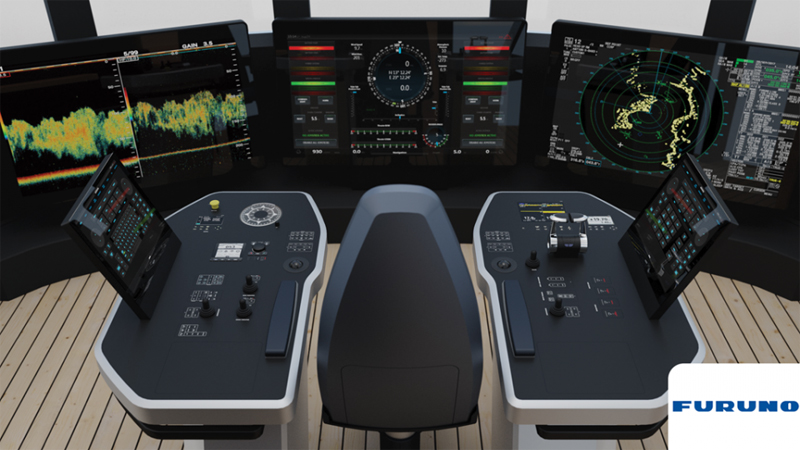 F-Bridge is the the brand new integrated bridge system developed by Furuno Italia in partnership with the German company Bӧning.

The F-Bridge is made up of a helmsman’s station with two consoles and a central seating arrangement featuring three Hatteland 4K 55” monitors, specifically tailored for commercial yachts at over 300GT offering the highest standards of integration and designed for easy use.

The integrated F-Bridge brings together into one system all of the controls and tools you might need when it comes to manoeuvring your yacht via three self-standing Hatteland 55” displays positioned in front of the helmsman’s post, who will be able to create multiple pages to keep track of numerous functions at the same time.

Functions are governed by two custom trackballs which are able to manage not just the main navigation systems but also any other systems the client wishes to integrate into their new F-Bridge system.