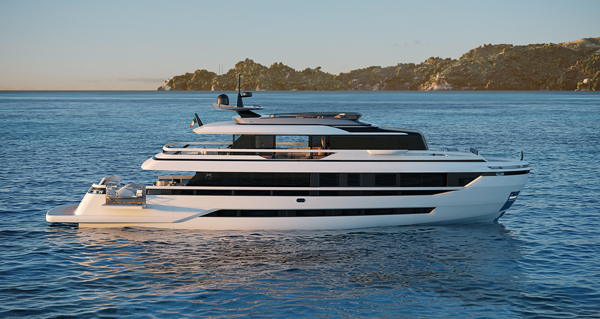 EXTRA Yachts, a brand operating under ISA Yachts, has announced their brand new X115 Triplex, the result of a key partnership between Palumbo Superyachts and Francesco Guida, who was behind the exterior design, and the Milanese Hot Lab studio to which we owe the interior design.

34.50 metres long with a maximum beam of 7.75 metres, the new X115 Triplex has, among other features, the cockpit on the main deck which, thanks to two collapsible balconies, extends over 75 square metres including a living area and a sundeck.

There are two possible interior arrangements, featuring either 5 or 6 cabins with those for guests positioned on the lower deck. For both versions, the main deck has a large lounge area in addition to the dining area with a table for up to 10 people.