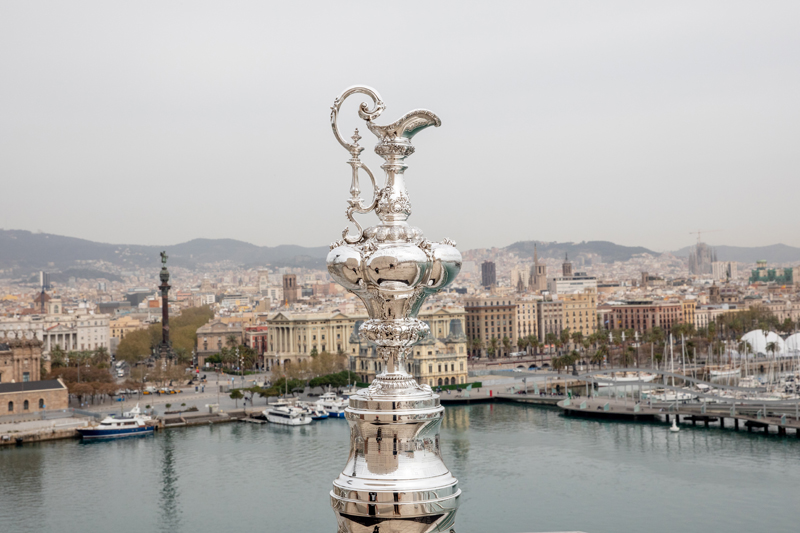 The 37th America’s Cup will be held in Barcelona between September and October 2024. This is the decision of Team New Zealand and the New Zealand Yacht Squadron, holders of the “Auld Mug”, the oldest sailing trophy in the world.

Barcelona, ​​having defeated the Irish city of Cork, Jeddah in Saudi Arabia and even its Spanish competitor Malaga, will not only join the historic list of AC venues including Cowes (where in 1851 the Hundred Guinea Cup was held, from which the America’s Cup was born), New York, Newport, Fremantle, San Diego, Auckland, Valencia, San Francisco and Bermuda, Barcelona will also be the first city to have hosted both the Olympics (in 1992) and the most famous sailing event in the world.

A crucial element that ensured the city’s victory in hosting the 37th America’s Cup was the key synergy between the municipalities and local authorities of Barcelona and the government of Catalonia, who provided financial coverage by inserting the event in the post-Covid relaunch project for the city which, for the team offices, will provide a number of ports around Barcelona. The institutional architects assigned to the project were joined by close to 200 non-profit organisations operating in Barcelona and who will help contribute to the initiative.

At the 37th America’s Cup, four challengers are currently registered for the defender Team New Zealand: the Italian Luna Rossa Prada Pirelli Team, the English Ineos Britannia, the American American Magic and the Swiss Alinghi Red Bull Racing, who, at the same time as the AC37 venue announcement, declared the entry of the watchmaking company Tudor as the Swiss team’s main partner.