A GREAT ACCOMPLISHMENT FOR THE BOATING SECTOR: BUREAUCRATIC PROCEDURES FOR THE COMPUTERISED BOAT REGISTRY HAVE BEEN COMPLETED 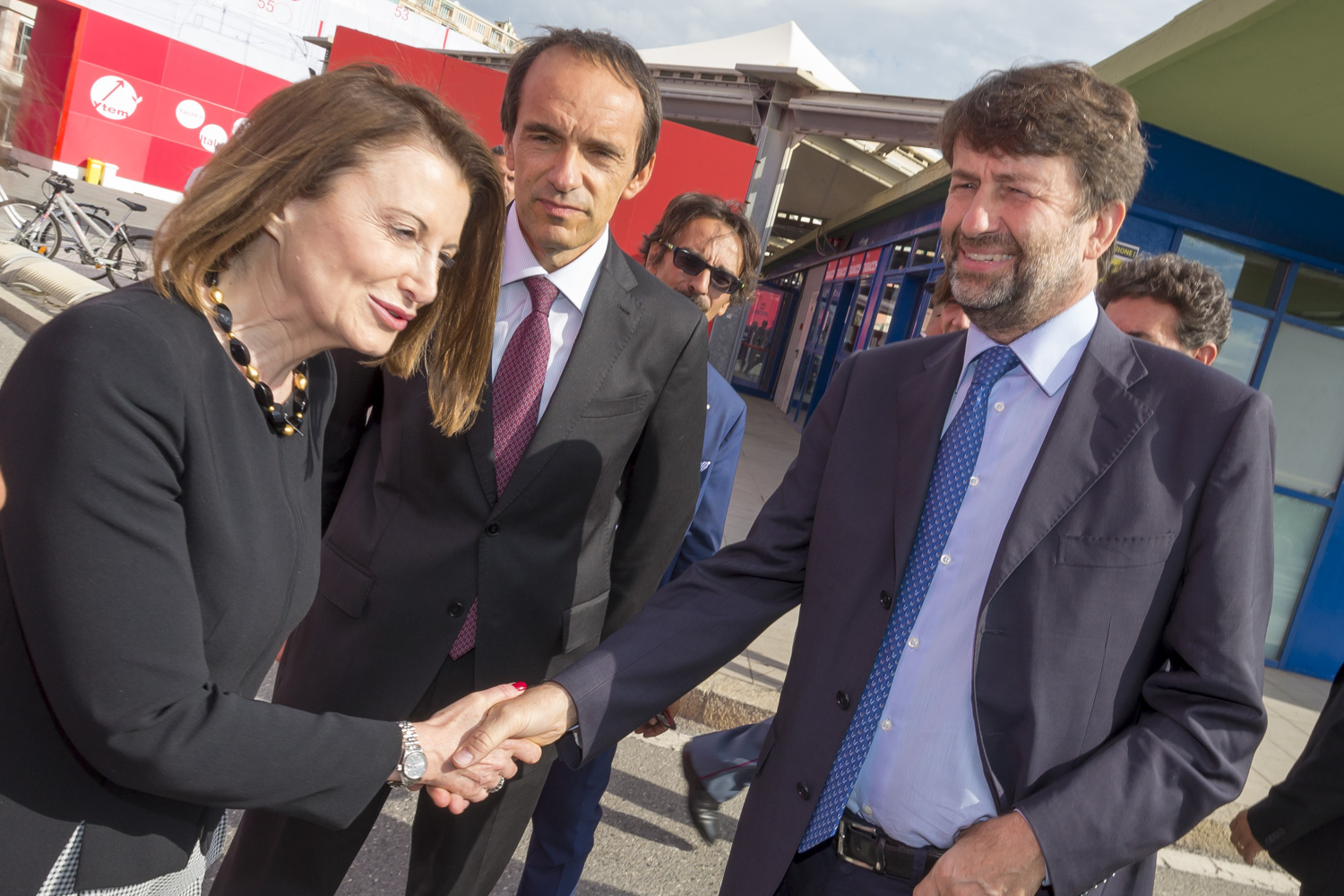 TOMORROW, PRESENTATION OF STATISTICAL DATA WITH ‘THE BOATING INDUSTRY IN FIGURES’ AND MANY SPORTS AND SAILING EVENTS

Bureaucratic procedures for the creation of the Italian computerised recreational boats registry have been completed.

President Demaria underlined how “the computerised registry is an objective for which our association has been working for years on behalf of the entire boating industry supply chain”. While a law was already in place, the actual implementation of the registry had long been delayed by Italian red tape. The finalisation of this process puts an end to bureaucracy and overlapping law enforcement inspections at sea, while offering a clearer and more reliable scenario to the boating market and financial institutions.

Speaking on behalf of the entire industry, Carla Demaria thanked Minister Delrio and Deputy Minister Nencini for their constant support and involvement and said she is looking ahead at a brighter future also thanks to the first satisfactory data regarding the 56th edition of the Genoa Boat Show, which officially opened yesterday.

The Italian Minister for Cultural Heritage and Activities and Tourism Dario Franceschini arrived at the Show on time this morning and, after being welcomed by UCINA Confindustria Nautica’s President Carla Demaria, he visited the Show and gave a crystal clear statement to the press, emphasizing the key role played by this event and of the boating industry as a whole. “Politics has often penalised recreational boating, conveying the misleading idea that yachting was something exclusive, for wealthy people only, and that the boating industry was not a priority for the country. In fact, pleasure boating in Italy creates employment and Italy is a world leader in the large yachts segment. This is a strategic industry because it carries Italy’s image around the world while also boosting tourism. I was told I am the first Italian Minister for Tourism who visits the Show. This, in itself, bears witness to the many limitations the political world has shown over the years. Anyone with a position in the Government has to take responsibility even for those who came before them”. Minister Franceschini then added: “We are going to take many actions that are already envisaged by the strategic plan for tourism for the next five years. Marinas can potentially be interconnected to become real gateways to the country and places offering not only marine services, but also art, cuisine, beautiful landscapes, fashion, and shopping opportunities. If we put all our strengths together we can be really extraordinary and like no-one else in the world”.

In line with tradition, UCINA Confindustria Nautica’s President Carla Demaria met the press today. Ms Demaria expressed her satisfaction with this Boat Show edition. “This year’s Boat Show marks our industry’s relaunch and recovery. It has been visited for the first time ever by a Minister for Tourism, and rightly so, because recreational boating means tourism too”. President Demaria mentioned the currently very encouraging market data, with a short digression on the considerable growth recorded among outboard power boats. “People are back in love with yachting”, she said. She also emphasised once more the beauty and huge potential of Pavilion B, which is hosting these boats together with some of the world’s leading engine manufacturers.

Besides the presence of several institutional representatives, a great focus today was on the conference entitled Barca 4.0 (Boats 4.0), devoted to the future of boats in the Internet era.

Ocean sailor Gaetano Mura will soon be facing an incredibly ambitious challenge: the solo world tour, without any assistance and with no stopovers, on a Class40 boat. The presentation of his forthcoming adventure raised great enthusiasm among the public today. From one challenge to the next: Elena Sacco presented her book “Siamo liberi” (We are free), telling about 7 years spent sailing the seas with her family and their return to ‘normal’ life. In turn, the Italian Navy introduced to public to its 2017 Calendar, featuring twelve unprecedented photographs taken by sailors during their daily work on Navy ships, submarines, planes, helicopters and at Navy military bases. From the art of photography to Annalura di Luggo’s art exhibition, “Sea Visions, 7 punti di vista” (Sea Visions, 7 points of view), which opened today, attracting a lot of interest. The exhibition will remain open at the Show until Sunday 25 September.

Tomorrow, 22 September 2016 – Genoa International Boat Show’s third day – will feature a large variety of interesting events. At 12.00 noon in the UCINA Forum conference room (Pavilion B, mezzanine floor), presentation of the latest boating industry statistical data, published in La Nautica in Cifre 2016, a sort of ‘almanac’ of the boating sector that UCINA Confindustria Nautica’s Market Survey Department has published for over twenty years now. This year, the book has been published with the scientific partnership of Fondazione Edison, whose Vice President, Prof. Marco Fortis, is an economic consultant for the Italian Government.

The first event held at the Sea Theatre will be the presentation, starting at 11.00 am, of the project The O’, a compelling sports fishing competition taking place in several stages, with the first to be held in Genoa. At 12.30 pm, the Boat Show will pay tribute to the recent Olympics. Teresa Frassinetti, a player in the Setterosa Italian women’s water polo team that won the silver medal in Rio, and Francesco Bocciardo, 400 metres freestyle gold medal winner at the Rio Paralympics, will be attending. From 1.30 pm onwards, sailing will be in the spotlight. First, a meeting with sailor Andrea Fornaro; Then, a conference to present a really worthy project: “La rotta della legalità 2017” (The route of legality 2017), promoting sailing therapy and social rehabilitation; at 3.00 pm, presentation of the project Velaccessibile (Accessible sailing). From 5.00 to 6.30 pm singer Aldo Ascolese will delight the Boat Show public with a tribute to late Genoese singer Fabrizio De Andrè.

The conference room on the mezzanine floor of Pavilion B will be hosting two events starting at 3.00 pm: Assomarinas meeting and a workshop (entitled Vibroacustica) on vibration/soundproofing and innovative solutions for onboard comfort, organised by Athena. At 5.30 pm, UCINA Confindustria Nautica’s lounge will host the awarding ceremony of the Adj 2016 design accessory award.

Institutional representatives, sport, art, music, but also solidarity: agricultural association Coldiretti will have cheese on sale at the Show, offering all visitors the opportunity to support the farmers that suffered from the earthquake that struck Central Italy nearly a month ago. With an offer starting at €10, visitors will able to buy the ‘solidarity cheese’ produced by cooperative Grifolatte.

Sea trials will be ongoing all day long.