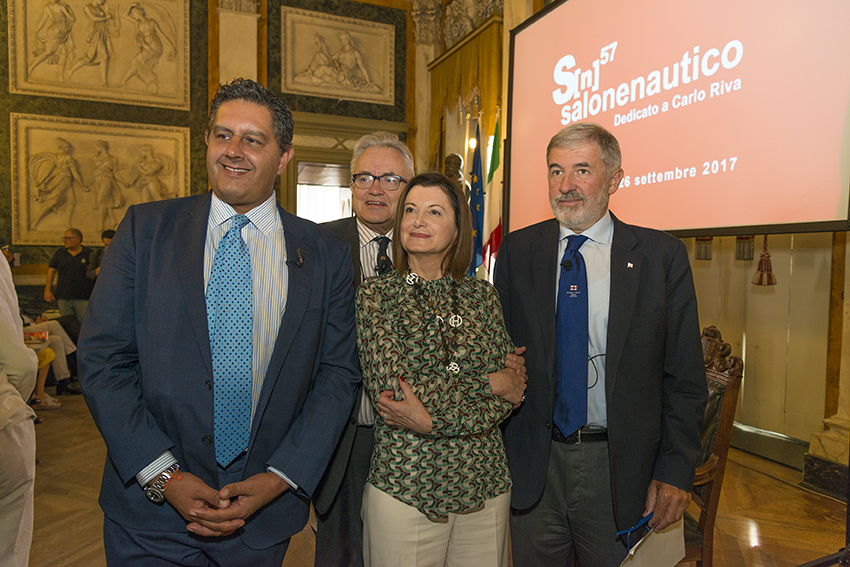 Carla Demaria, President of UCINA Confindustria Nautica, the Italian Marine Industry Association, officially presented the 57th International Genoa Boat Show, last 5 September in Genoa, highlighting that the strong synergy with the institutions is the true novelty of the upcoming event. “Authorities and institutions have fully recognized the value of UCINA as the organizer of the boat show. The Salone Nautico is Confindustria’s trade fair, an event on which UCINA works year round with the goal of offering a valuable tool not only to association members but also to all companies in the nautical sector. Compared to the past years, we are experiencing and enjoying a positive momentum which is in part due to the market’s solid recovery”, Demaria commented. 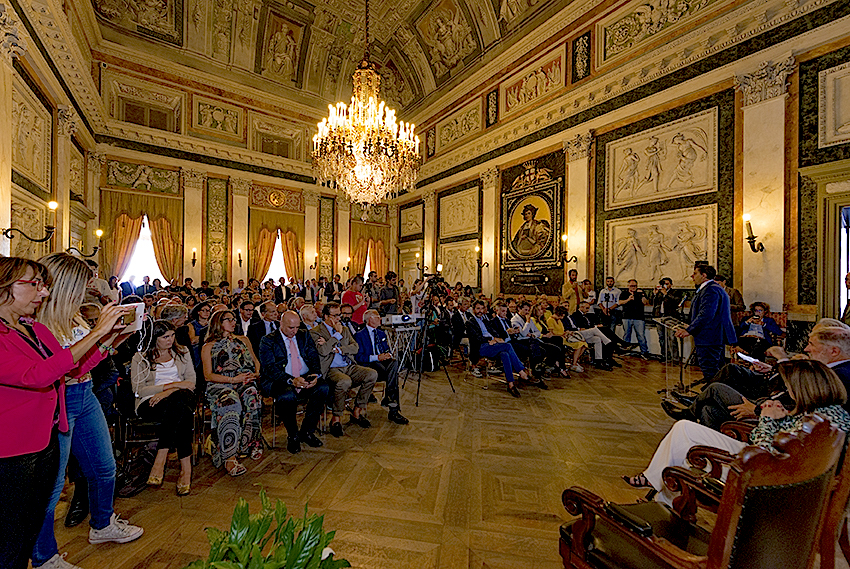 The President of UCINA then introduced Architect Paolo Brescia, who, together with the OBR Studio team, has realized and actualized the public art and landscape design project “La Piazza del Vento” inspired by Renzo Piano’s vision. An ideal contribution and gift to the 57th International Boat Show and to the city of Genoa. “The multisensory installation of the Square of the Wind was strongly supported by Ucina Confindustria Nautica and by all local authorities and institutions. The Piazza del Vento represents the legacy of the Salone Nautico to the city. An installation created for a temporary event that becomes a permanent work; a public venue where one can rediscover the wonderful ritual of meeting by the Sea; a timeless tribute to the indissoluble bond that ties the Salone Nautico Boat Show and the Ligurian city of Genova,” Architect Paolo Brescia explained. Visitors to the International Boat Show will be able to admire the 57 wooden-mast installation – one mast for each year of the Salone Nautico di Genova – at the exhibition’s entrance as of 21 September 2017. 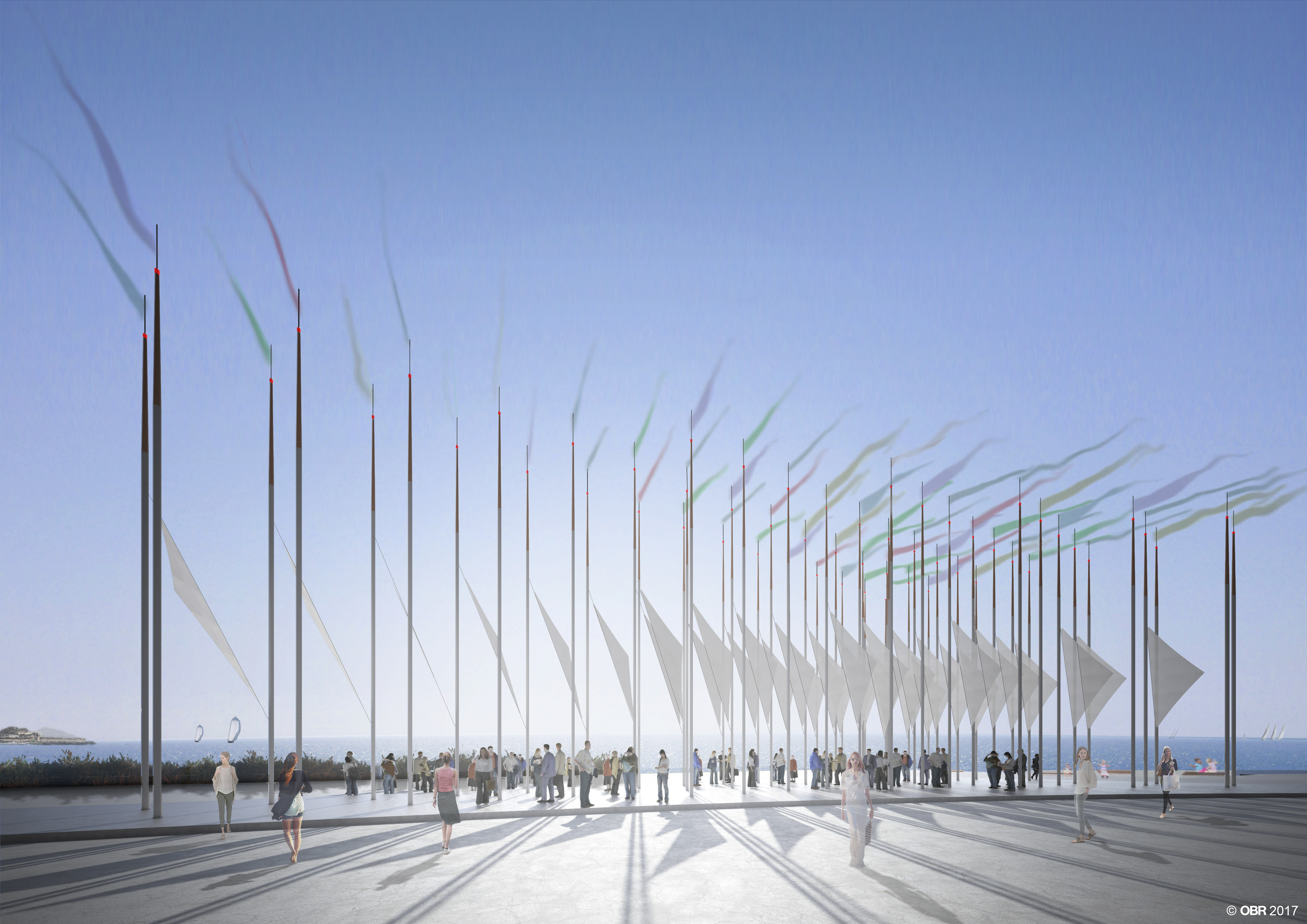 President Demaria then stressed the great work carried out by UCINA Confindustria Nautica to ensure the success of the forthcoming edition of the Boat Show, whose strategic importance continues to grow. “Exhibitors will be up by 8% compared to last year, with a 10% increase of exhibitors coming from abroad. The number of boats on show is also up +8% and 80 yachts will be on display in the harbor. The return or the debut of 70 brands undoubtedly marks the importance of this event and is a source of great satisfaction”, she concluded. 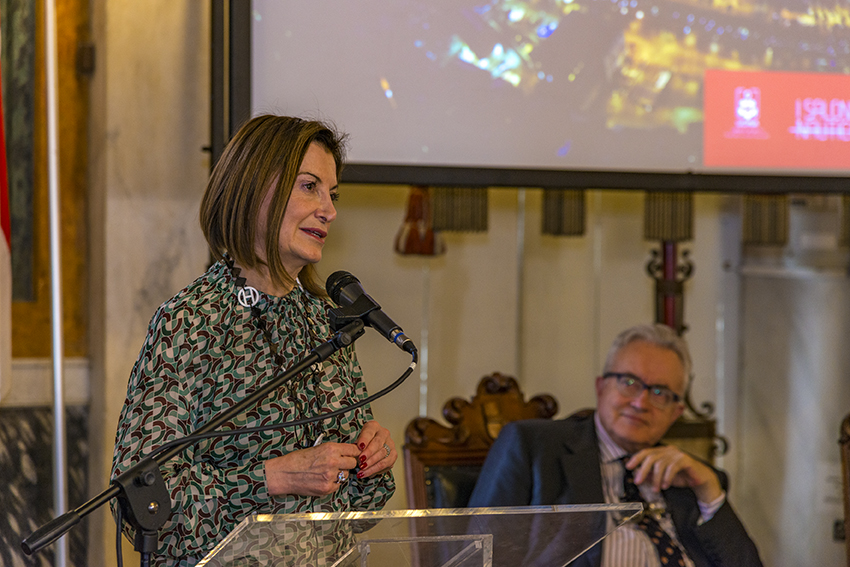 Alessandro Campagna, Sales Director of the Salone Nautico di Genova, outlined the main novelties and features of the 57th edition of the International Boat Show. Important figures that confirm the enthusiasm and dynamism of the nautical market: sailing is up +3.5%, outboards have increased by +14%, and the pneumatic ribs sector – of which Italy is the leading producer in the world – has grown by +9%. Also significant is the increase in The accessories and components sector have also registered significate growth with +11.8% on 2016. “I would like to thank  all the partners that who will be at our side in this 57th edition of the Boat Show, starting with Honda – the official automotive brand of the event – and continuing with Banca Carige, DHL, Fastweb, Capoferri, Isdin, Subito Vision Ottica alongside with our technical partners Eataly, Compagnia dei Caraibi, Go Pro and GiPlanet”, Campagna concluded.

Water sports will also play a pivotal role at the upcoming Salone Nautico di Genova and characterize all six days of the event. In this regard, the International Boat Show confirms and expands its Experience area with a format dedicated to the world of nautical sports open to all sea enthusiasts. Among the many events taking place at the boat show, the Millevele sail regatta organized by the Yacht Club Italiano, the flying catamarans M32 race, the presentation of the Barcolana of Trieste, face to face meetings with the protagonists of the America’s Cup and of Ocean Racing and the Boat of the Year award.

UCINA and the Salone Nautico di Genova have decided to support and become partners of some initiatives that have a strong social impact. These include the WWF Underwater event, yacht Adriatica’s departure from the Salone to support the Williams Syndrome and the One Ocean Forum, an event dedicated to the sustainability of the marine environment, organized and promoted by the Yacht Club Costa Smeralda. In addition, the International Boat Show is supporting once again the Fondazione Giannina Gaslini.

In her closing remarks, Carla Demaria invited all Genoese citizens to welcome with a smile the tens of thousands of visitors coming to the 57th edition of the International Boat Show dedicated to Carlo Riva.