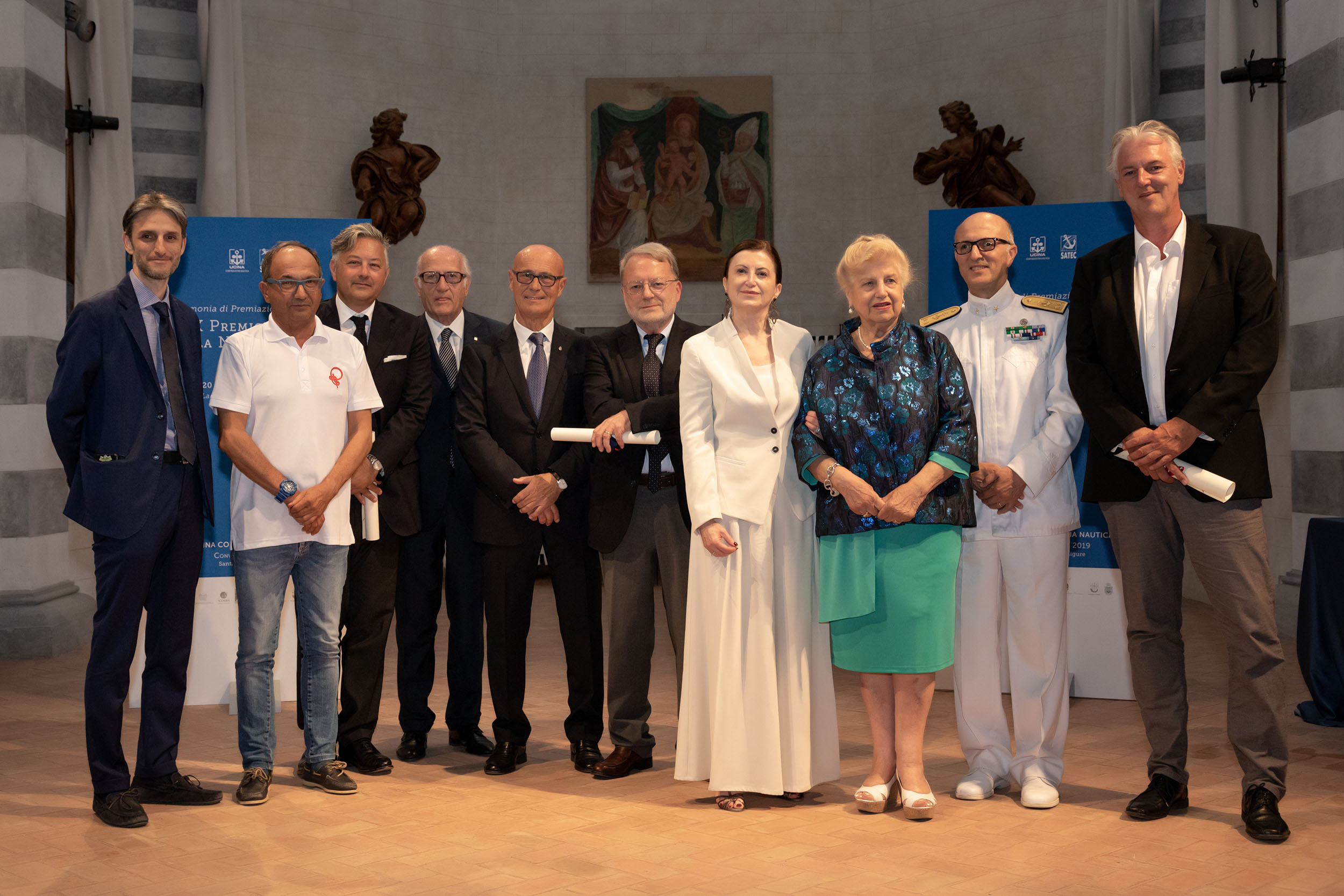 Awards were handed out to the managers, craftsmen, designers and Italian and international journalists who have made significant contributions to Italy’s vast nautical heritage.

The 30th Boating Pioneers Award ceremony, organized in the gardens of the gorgeous Abbazia della Cervara, has been introduced by Matteo Zaccagnino, Director of Top Yacht Design. After the greeting of Paolo Donadoni -Mayor of Santa Margherita Ligure, Admiral Nicola Carlone – Chief of the Maritime Directorate of the Genoa Coast Guard -, and Saverio Cecchi, recently appointed President of UCINA (Italy’s Marine Industry Association), welcomed guests on stage for the award ceremony.

For the manager category, awards were given to Giorgio Ettore Donà, whose concept of coordinated distribution across the luxury boating market offering highly valued engineering services for both clients and suppliers led SAIM to become a beacon for components in Italy and overseas, and to Anna Ziliani Scarani, the Rio Yachts entrepreneur who has worked in the boating world for 50 years investing in technology, innovation and without ever losing sight of a product’s elegance, contributing to spreading her love for the sea and Italy’s unmatched sense of style.

Achille Pennellatore was acknowledged as a Boating industry Pioneer with his award in the craftsmen category, the linesman and forecaster for enthusiasts sailing in the Sanremo marina whose marine weather forecasts have been relied upon via radio, tv and newspapers and for key racing events such as Monaco 1997 when he was publically thanked by Michael Schumacher.

The designer category was won by Fulvio De Simoni, a naval designer who can boast over 3,000 boat designs and who designed vessels for leading shipyards in Italy and across the globe such as Astondoa, Austin Parker, Pershing and Rossinavi.

Torsten Moench, chief editor of Boote and author of a number of books, boasting extensive experience in nautical journalism, was awarded the title of Boating Pioneer in the field of foreign journalists.

Fabio Pozzo, a journalist writing for La Stampa who has always followed the sea throughout his career, from the boating industry to shipping, from the history of sailing to today’s greatest sailing regattas, was awarded the prize for Pioneer in the field of Italian journalists.

The Boating Pioneers Award ceremony established by UCINA (the Italian Marine Industry Association) in 1988 boasting the patronage of Italy’s Ministry for Economic Development, is in recognition of the commitment, dedication and skills of entrepreneurs, managers, craftsmen, operators and journalists who have believed and will continue to believe passionately in this sector.