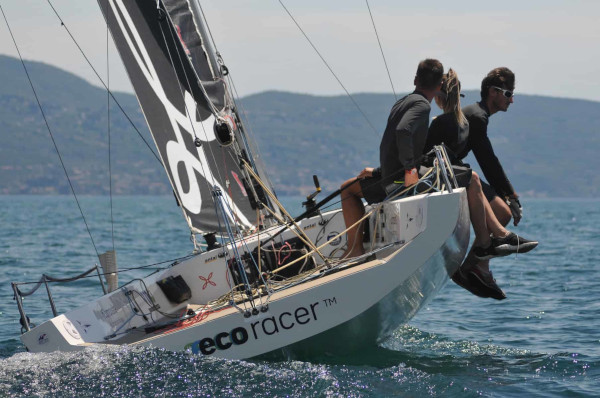 Star candidate and winner of the Design Innovation Award at the 61st Genoa International Boat Show with its Ecoracer, Northern Light Composites, the start-up founded by Fabio Bignolini, Andrea Paduano and Piernicola Paoletti, has launched its second crowdfunding campaign.

The two new projects are a One-Design and the world’s first recyclable cruising boat, built using thermoplastic matrix resins and low-impact raw materials such as flax fibre and basalt in addition to the Atlas HPE core by NMG Europe.

For both projects, Northern Light Composites’ goal is to tackle the problem of ‘end-of-life’ and disposal of composite and fibreglass boats. An EU study on boating tourism identified approximately 80,000 abandoned boats across Europe, of which only 2,000 were disposed of properly.