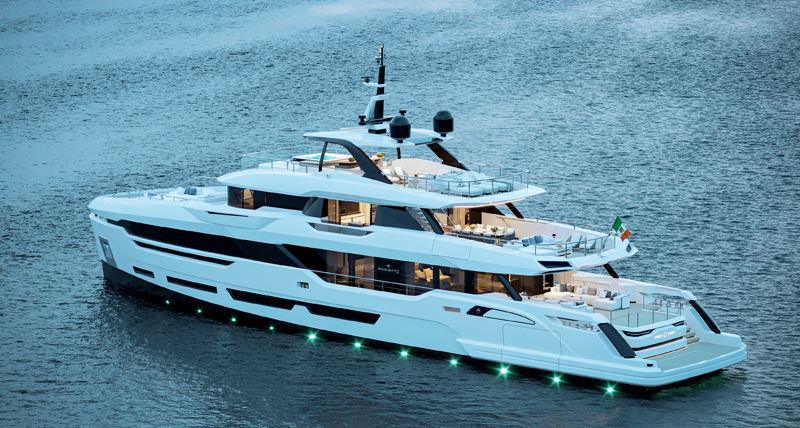 In just one week, Baglietto has sold two examples of its DOM133. With this double sale, the number of units belonging to the DOM133 series, which derives its name from the Latin word for “home”, Domus, is now seven.

“We are thrilled with these two new orders” says Fabio Ermetto, CCO of Baglietto “Baglietto is experiencing a very positive sales season and we are proud to have closed four deals in just three months“.

The sales of the last two DOM133s were possible thanks to the key partnership with the Fort Lauderdale and Munich offices of Northrop & Johnson.

Both yachts will feature a highly customised layout. In particular, hull no. 10252, sold by N&J’s Monaco office, will be equipped with a parallel hybrid propulsion system featuring traditional diesel engines, electric motors and batteries, which will allow for a number of different configurations and set-ups in terms of propulsion, depending on operational and cruising needs.