The second Mangusta Oceano 50 has been launched 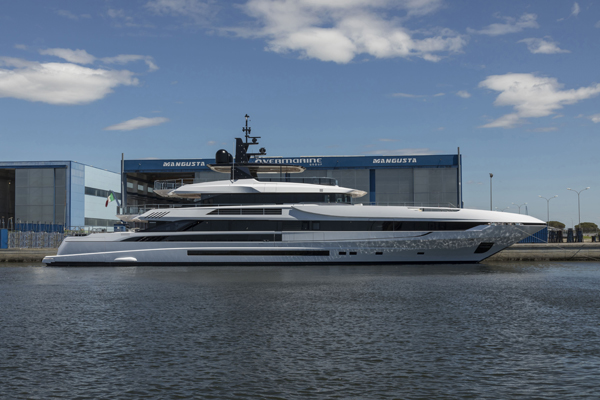 Overmarine Group has launched their second Mangusta Oceano 50, named Project Verona, and destined for the US market. The new Mangusta Oceano 50, which was launched from the metal shipyard in Navicelli di Pisa, as opposed to the composite shipyard in Viareggio, comes one year after Alisa, launched only a year ago and already the winner of the World Superyacht Awards 2022 in the Displacement Motor Yachts 499GT and Below, 45m and Above category.

“This launch” stated Maurizio Balducci, CEO of the Overmarine Group “is the twelfth to be launched from the metal division of the Overmarine shipyard based in Pisa, soon to be followed by two more over the coming months”.

Made of steel and aluminium, the new Mangusta Oceano 50 is the result of a key partnership between the shipyard’s technical offices, the yacht designer Alberto Mancini, and P.L.A.N.A. Design headed by Pierluigi Ausonio and, among other elements that make the model stand out, features a beach area spread over three terraces.

As for the interiors, among the many options available, the owner opted to have a suite with a balcony on the main deck, and a VIP and four guest cabins on the lower deck. Powered by two 1700 HP MTUs, the Mangusta Oceano 50 can reach a maximum speed of 16 knots with a range of 4500 miles at 11 knots.