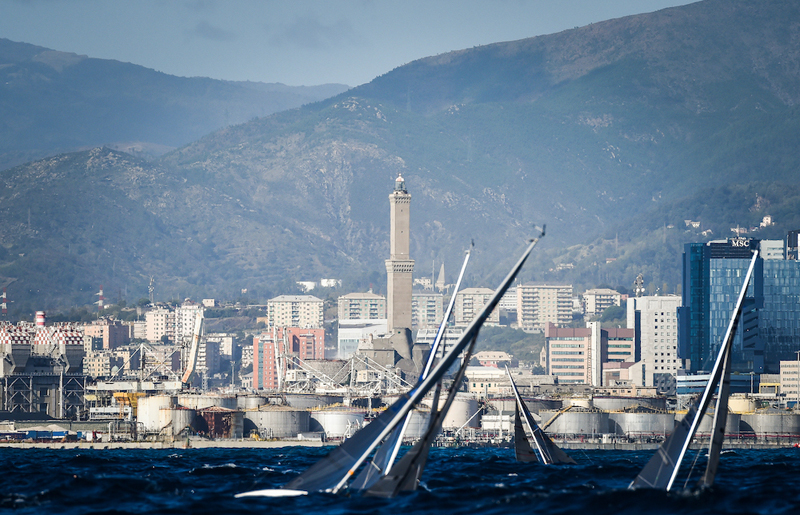 With its starting line at Genoa’s International Boat Show and its finishing line in Trieste just in front of the Piazza dell’Unità d’Italia during the city’s hallmark event, the Barcolana, the RoundItaly Genova – Trieste is a brand new offshore regatta founded by a partnership between the Barcola and Grignano Sailing Club and the Italian Yacht Club, in collaboration with Confindustria Nautica, Italy’s Marine Industry Association and organiser of the 61st Genoa International Boat Show, and with the support of Fincantieri.

The RoundItaly Genova- Trieste, planned to take place across 1,130 miles, will be the longest non-stop offshore regatta ever to take place on the Mediterranean and will bring Italy’s two sailing, shipbuilding and maritime capitals closer than ever before, scheduled to take place during each city’s highpoint in terms of global visibility, when Genoa holds the 61st International Boat Show and Trieste the Barcolana.

La RoundItaly Genova- Trieste follows the great success of a virtual regatta which took place last year and which, according to Mitja Gialuz, President of the SVBG, saw the participation of “over 21,000 e-sailors from across the world”.

“Following the positive outcome of 2020’s virtual regatta” commented Saverio Cecchi, President of Confindustria Nautica, “this year’s Genova – Trieste race will take place both at sea and online as to engage with an ever greater audience of sailing enthusiasts while also signalling a return to normality”.

The RoundItaly Genova – Trieste event will also promote the RECO project with an eco-manager onboard each and every boat, as was the case for the 52nd Barcolana and for the 68th edition of the Rolex Giraglia.

The RoundItaly Genova – Trieste, counting on the support of the Italian Sailing Federation and which has already piqued the interest of the Class40, is scheduled to set sail on 16th September, on the opening day of the 61st Genoa International Boat Show. The first stages of the registration process will begin soon.