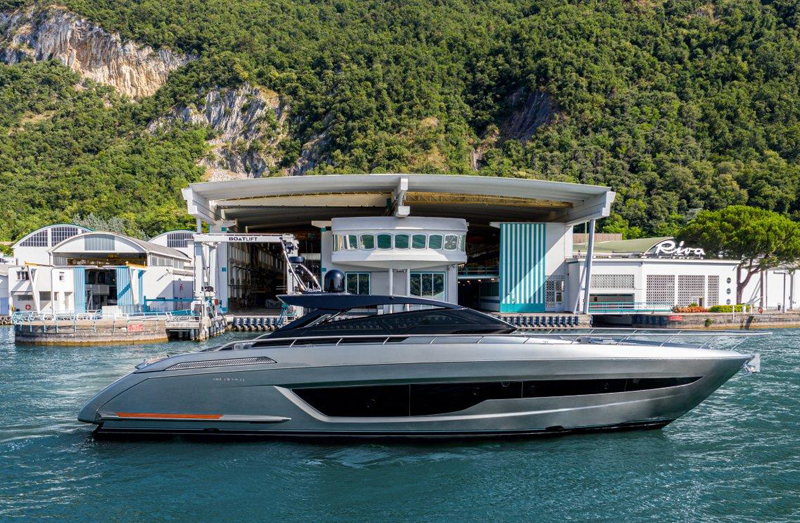 Having just been launched (on 26th July) the brand new Riva 68’ Diable (20.67 metres in length), latest flagship of the historic shipyard Riva based in Sarnico, founded back in 1842 and a member of the Ferretti Group since 2000, will be showcased to the world during the 61st Genoa International Boat Show.

Designed by Mauro Micheli, founder along with Sergio Beretta of Officina Italiana Design, the Diable joins the shipyard’s Open collection as the outcome of a key partnership between the Strategic Product Committee chaired by Pietro Ferrari and  the Ferretti Group Engineering Department.

Among the Riva 68’ Diable’s stand-out characteristics including technologic innovations paired with a functional design to maximise liveability and comfort while on board, is the incorporated hard top which covers the central areas of the cockpit and the mobile roof that functions both forwards and backwards.

The interiors feature three cabins which can host up to six people with the owner’s cabin at the centre of the yacht, a VIP cabin to bow and a double cabin at the left side. These are positioned around a central open space featuring a dining area and a kitchen. The Riva 68’ Diable can run on two 1500 or 1650 Hp Man engines, reaching a top speed of 37– 40 knots.