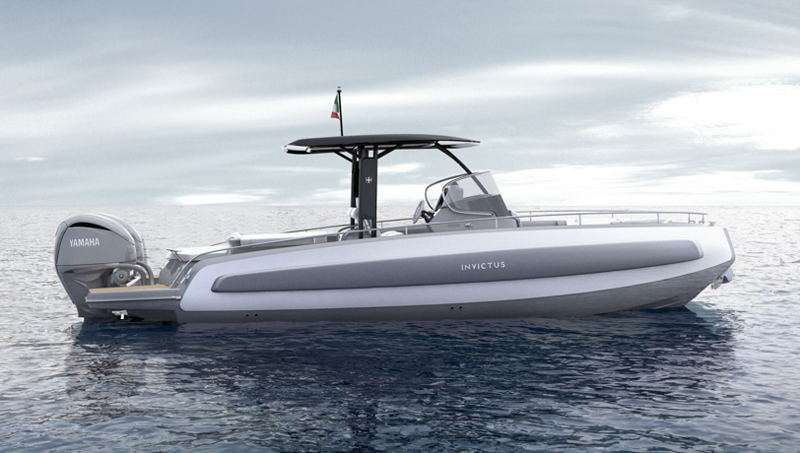 Invictus Yacht is set to present, as a world debut at the 61st Genoa International Boat Show the outboard version of one of the company’s most successful models: the Invictus TT280S. The new version of the Invictus TT280S is aimed at a dynamic target audience and, as is the case for all Invictus Yacht creations, is highly customisable with numerous options proposed by the shipyard in terms of colour schemes, especially when it comes to designing the hull.

Measuring 8.87 metres in length and 2.94 metres in width, the Invictus TT280S in its FB version, a solution that allows for easier interventions on motors and broadens the useful space onboard with new storage areas freed up by the absence of a motor room, is designed by Christian Grande.

Large spaces are featured on deck and the owner may also add a small kitchen area in the section behind the bridge’s seating area. A careful study with regards to spaces onboard also allowed for an actual changing room equipped with a bathroom,just under the wheelhouse. The Invictus TT280S will run on two 250 Hp outboards.