THE MARKET HAS CHOSEN GENOA 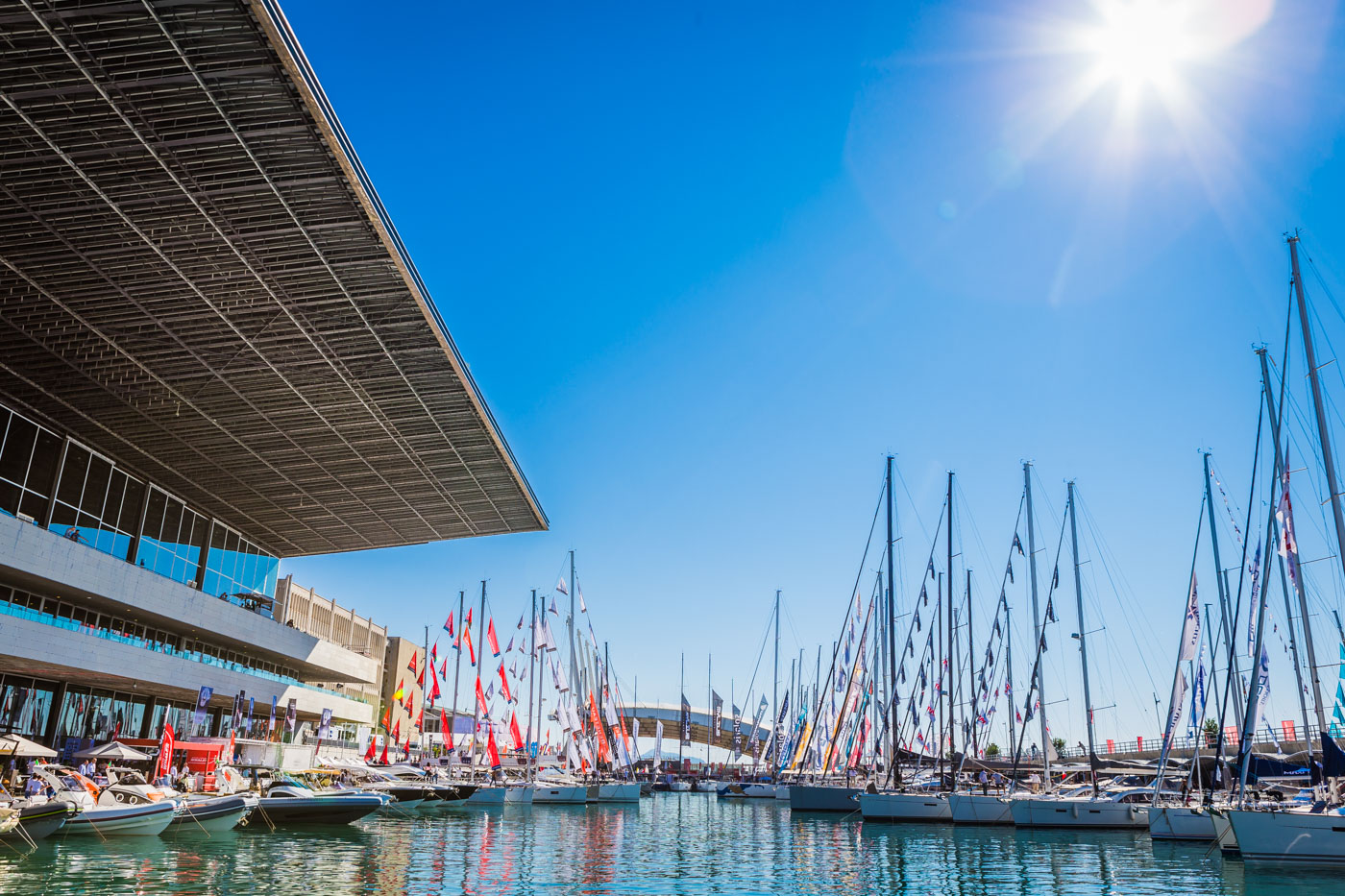 With 127.190 visitors, the Genoa Boat Show is the one boasting the largest number of visitors in the Mediterranean

Satisfaction was expressed by exhibitors and market operators alike. Starting tomorrow, the focus will already be on the 2017 edition

The 56th edition of the Genoa Boat Show has exceeded even the highest expectations. The optimism that could be felt on the eve of the Show has been replaced by tangible data: more visitors than in 2015, very satisfied exhibitors, more sales in all product categories, and the presence of many Government representatives, bearing witness to their great focus on the marine industry association and on a sector which is not only recovering, but also driving Italy’s economy.

“We are all very satisfied – stated UCINA Confindustria Nautica President, Carla Demaria – the ticket office recorded 127.190 tickets sold, with a 9.2% increase against last year. There were 33,618 foreign visitors, 26.6% of the overall number. These data confirm that the Genoa Boat Show is the one boasting the largest number of visitors in the Mediterranean. The 17.1% growth in the boating industry overall turnover, announced a few days before the Boat Show opening, undoubtedly attracted many visitors and operators. Foreign exhibitors were back this year, at last, because of the recovery in the Italian domestic market, a recovery that involves all product categories, with no exceptions”.

Satisfaction was also expressed by Alessandro Campagna, Genoa Boat Show Sales Manager: “We are already thinking ahead to the 2017 Boat Show. We will work to extensively modify the layout, so as to make the Boat Show even more attractive”.

“Genoa remains one of the world’s reference venues for the recreational boating industry” – commented UCINA Confindustria Nautica General Manager Marina Stella – “as well as a leading international and strategic event to promote Made in Italy production”. Thanks to the support of the Italian Minister for Economic Development and the ICE (Institute for Foreign Trade) Agency, 430 registered foreign operators (representatives of shipyard technical departments and sales departments, buyers, international distributors and brokers) were able to take part in B2B meetings and technical workshops organised by the ICE Agency in cooperation with UCINA. 80 foreign companies and 70 Italian ones were involved. Particularly worth noticing was the presence, for the first time in Italy, of a delegation of independent brokers, members of the Florida Yacht Brokers Association, the historic American association boasting over 1,200 members operating in boat sales in one of the most lively markets worldwide.

Water sports and all activities related to the Navigar m’è dolce (Sweet Sailing) project were very successful too – here are some numbers reflecting this edition’s success:

– 1,000 boys and girls took part in activities with schools

– More than 3,000 children tried the simulator installed at the stand of the Harbour Offices

– 650 SUP trials were performed in the pool

“It was definitely a fruitful Boat Show for Sanlorenzo, who signed four important contracts in Genoa. After a moderately slow start, there was an escalation, especially in the presence of foreigners, who accounted for over 34% of all visitors at our stand”.

“We were really happy to be taking part in Genoa Boat Show. We were expecting a lively Show, considering the organizers’ hard work, but this edition exceeded our expectations, in terms of both number and quality of the visitors to our stand. The Boat Show has once more proven it is an excellent showcase, where Made-in-Italy products, much envied all over the world, can be promoted at best”.

“We established some interesting connections and made a few appointments for after the Boat Show, and not just in relation to the boat we had on display here in Genoa. I am happy with the wonderful weather and the very pleasant atmosphere – I think the 2017 Boat Show should be held again in September, which is the perfect timing, after Cannes and before Monaco boat shows. We are very satisfied and can firmly state that taking part in this Show was really worth it”.

“After the first few days, it was a crescendo. Friday and Saturday really made the difference, and yesterday in particular, based on what I hear, was an extraordinary day, like in the old times. As far as we are concerned, it’s difficult to say – yesterday we had an incredible number of visitors asking for information and brochures, definitely above the average of the last few years”.

“It was nice to talk to some Italians making their comeback to boating. Genoa has great potential and a glorious history as the Boat Show venue, leaving it would be a big mistake”.

“Sold out. We have sold all this year’s power boats”

“This year we are really happy, attendance at this Boat Show was really impressive. Not only did we see, again, families with their children revive their interest in boating, but many foreigners too were back to the Genoa Boat Show, so this makes us really optimistic”.

“We were surprised by an attendance I did not expect, not just in terms of numbers, but as regards the high level of visitors. Genoa has allowed us to successfully position a new and innovative product in the world of catamarans”.

“Fairline has a long history at the Genoa Boat Show, and even in ‘dark’ years we did our best to have boats on display in the water for our Italian customers. The Italian market is changing, and this year Fairline Italia had three important boats in the water, representing our range”.

“Except during the first two days, which were a bit quieter, there were really many visitors, from Thursday onwards even more than expected. We are happy, the Boat Show was a success for us: there was more interest, the show in general went well, we have to make it great again”.

“A satisfactory experience, better than expected, both in strictly professional terms and as regards visitors at large. Clearly there is a comeback to medium-small size boats, and this is very good”.

“We firmly believe in the Genoa Boat Show, and this edition a very successful one, as one could tell from the piers constantly crowded with sea enthusiasts as well as very experienced customers who have specific needs and came here to change their boat. All this bears witness to the ongoing market recovery. A special feature of this boat showis the opportunity to easily perform sea trials. Genoa is a city that always welcomes visitors with open arms. Our Company has believed in this Boat Show and strongly believes in the Italian market, which is recovering and making us really proud”.