The Boat Show of champions. 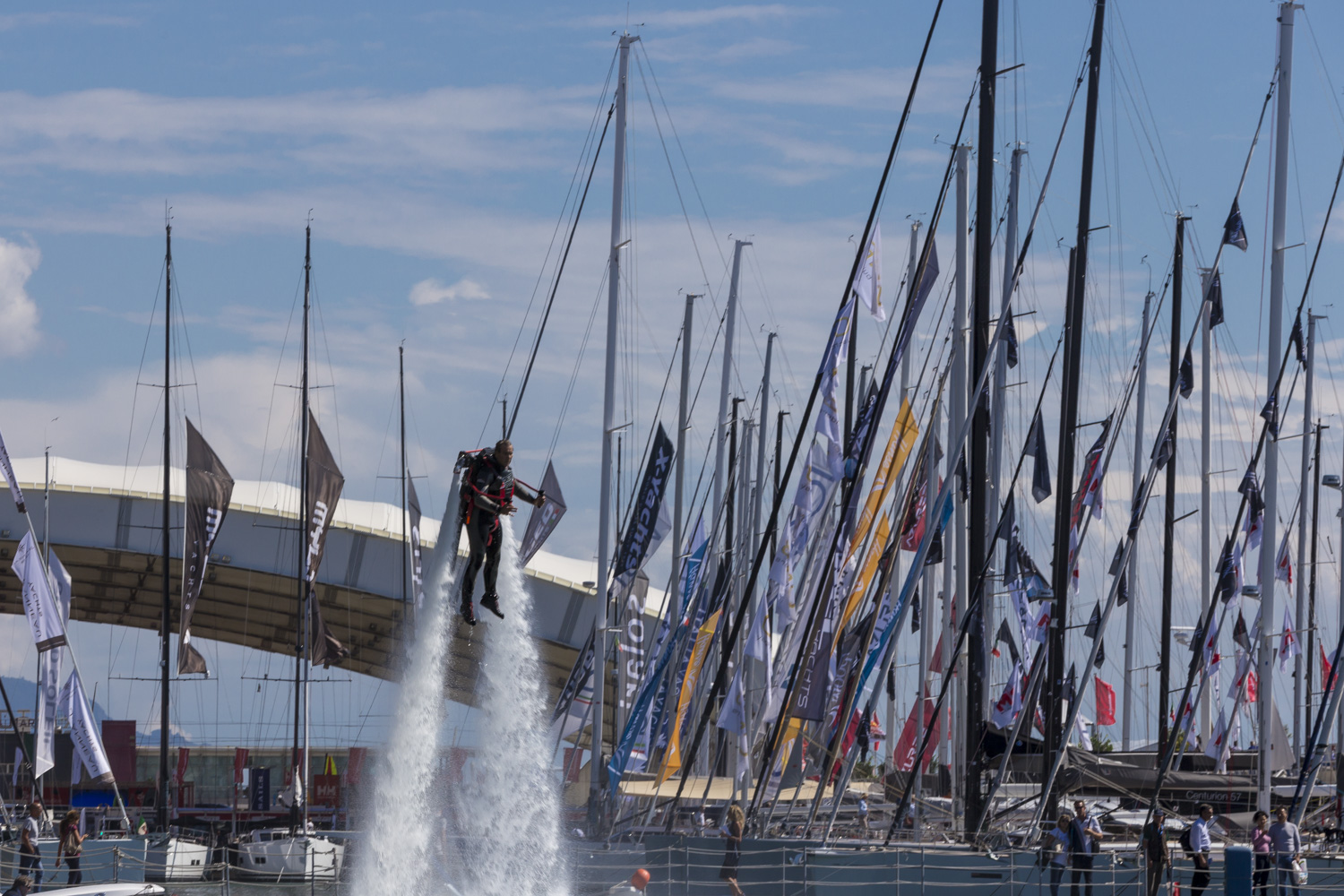 Clarity, at last, on taxation and customs in the boating sector thanks to UCINA Confindustria Nautica’s commitment and efforts.

The number of visitors is on the increase: long queues at the Boat Show entrance.

Genoa Boat Show has reached its fifth day celebrating sport thanks to the presence of four Olympic medal winners. The Olympics and its athletes were live today, hosted by journalist Giulio Guazzini on TV channel Rai Sport Uno. Among guests of the live broadcast were Matteo Castaldo and Domenico Montrone, members of the coxless four crew that, staging a magnificent comeback on South Africa, won the bronze medal in rowing for Italy at Rio 2016, and Davide Tizzano, the winner of two gold medals in rowing (Atlanta 1996 and Seoul 1998) and a crew member of Il Moro di Venezia that won the Louis Vuitton Cup in 1992.

In the meantime, in UCINA Forum conference hall, the conference Sulle Regole (About Rules), organised by UCINA Confindustria Nautica, was being held – a one-day event, divided over two sessions, devoted to taxation and customs policies in the boating sector. Among attendees was the Italian Undersecretary of Simplification and Public Administration, Angelo Rughetti, who stated: “Streamlining the laws and regulations of the most complex country in the world is a real challenge, but this is what we are working for. Prime Minister’s Cabinet representative and Minister for Economic Development Carlo Calenda was really clear about recreational boating: “Buying a boat means strongly supporting our country, let’s not forget this and let’s get over the idea that anyone buying a boat is dishonest or a tax evader”. UCINA Confindustria Nautica’s President, Carla Demaria, expressed her great satisfaction: “At last the Government is on our side, and we have an open dialogue. Let’s not forget that the boating industry heavily contributes to Italy’s GDP”. Giovanni Spalletta, Deputy Director of the Revenue Agency Central Directorate for Tax Legislation, confirmed that a circular note is currently being drafted that will clarify the topic of additional guarantees for leasing contracts: “Having real guarantees to secure a leasing contract makes contract stipulation much easier and allows to sell more boats, which is extremely important now that the market is recovering”. UCINA’s Vice President Maurizio Balducci submitted a series of open issues to the attending politicians, such as that of guarantees on non–EU boats that reach Italy for refitting operations. “At the moment, Italian shipyards need to guarantee the entire value of the vessel involved. This penalises us and does not make any sense”. The same concept was reiterated by Professor Benedetto Santacroce, in whose opinion this rule could easily be cancelled without any detriment to the State. As an alternative, the value of refitting operations, and not that of the entire vessel, could be taken into account. Prof. Santacroce also called upon the Italian Customs Agency to open a discussion on this topic. As for the definition of the commercial use of recreational crafts, Capt. Aniello Raiola, the Head of the Lazio Maritime Directorate, highlighted the possibility to work on this as part of the reform of the Recreational Craft Code, so as to clarify existing rules, although he also pointed out that in his opinion clarity mainly depends on those who read and interpret the applicable laws. Besides problems to be overcome, however, there are also achievements and good news to be reported. Ms Carla Bellieni, a member of the Indirect Taxation Commission of the Italian Register of Accountants, explained how the occasional rental of a boat can be a way to attract crafts from abroad, since Italy is the only country in the world, together with the Marshall Islands, to apply such a competitive tool.

Today also marked the start of the first stage of sports fishing competition The O’, organised by sports fishing champion Sandro Onofaro. The teams competed in the sea, over eight hours of pure adrenaline looking for the red tuna.

Water sports in general were in the spotlight in the morning, with the Paddle Surf Match Race, an enthralling speed and slalom race with inflatable SUPs in which Italian Championship athletes competed. The public could also enjoy the Wakeboard Cable Race, a free style demo competition, in which the athletes, pulled by a cable attached to the board, performed incredible manoeuvres and jumps.

Ocean sailor Giancarlo Pedote, who took part in single- and double-handed regattas – from the Mini Transat to the Route du Rhum, all the way to the Transat Jacques Vabre, held an interesting presentation at the Sea Theatre. Pedota, who is now aiming to the Vendee Globe 2020, presented the DVD SeaYou, an educational project on solo sailing aboard Mini 650. The main objective of this DVD is answering questions from sailing enthusiasts through 27 approximately 4-minute sessions.

In the afternoon, more events devoted to sailing were held at the Sea Theatre. After the presentation of the 151-mile Race (a deep sea regatta from Livorno to Punta Ala), which on 2 June 2017 will reach its eighth edition, the Italian Sailing Federation awarded Renzo Grottesi, the owner of the Swan 42 BeWild, the absolute winner of the Italian 2016 Offshore Championship, a competition that includes the fifteen most important deep sea regattas in Italy.

Tomorrow, Boat Show visitors will have another chance to win an onboard Hot Seat, simply by registering at the info points located inside the fairgrounds.