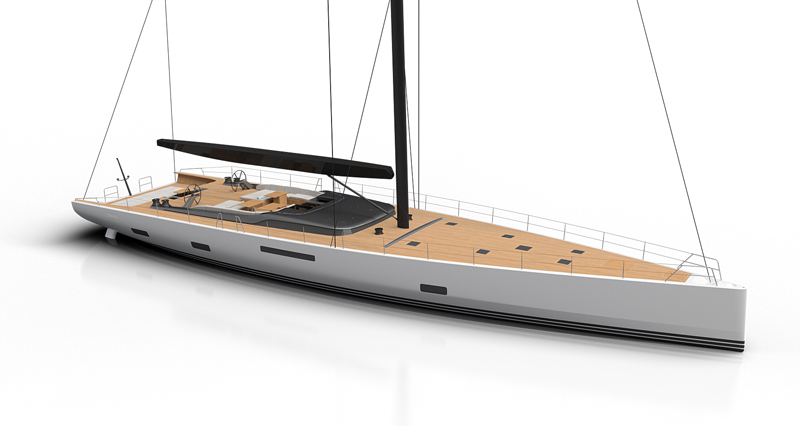 Four models in production and an impressive three new models: this is what Solaris Yachts will be bringing to Boot Düsseldorf this year. And among the latest models for 2020, all eyes will be looking out for the Solaris 111, currently undergoing the final stages of construction at Performance Boats in Forlì, the shipyard Solaris Yachts uses for constructing vessels in carbon fibre.

33.60 metres long and 7.90 metres wide, the Solaris 111 is the brainchild of the shipyard’s experts and the Monaco-based MYT Group studio along with the key contribution made by Javier Soto Acebal in terms of naval architecture who has already contributed to many units of the Solaris Yachts fleet.

The interiors of the Solaris 111 feature four double cabins for eight guests plus housing for up to six crew members. Entirely built in pre-preg carbon, the Solaris 111 will be the company’s first vessel to measure over 30 metres in length.

Alongside the Solaris 111, Boot Düsseldorf will also see the Aquileia-based Shipyard (Udine) present two new models (currently shrouded in mystery), the launches of which will coincide with that of the 111 between Spring and Summer this year. Visitors at the Solaris Yachts will also be able to discover all of the secrets behind four of the nine models that currently make up the Shipyard’s fleet: the Solaris 44, the Solaris 47, the Solaris 50 and the Solaris 64 RS, a new model and show stopper at last year’s Genoa International Boat Show.www.solarisyachts.com