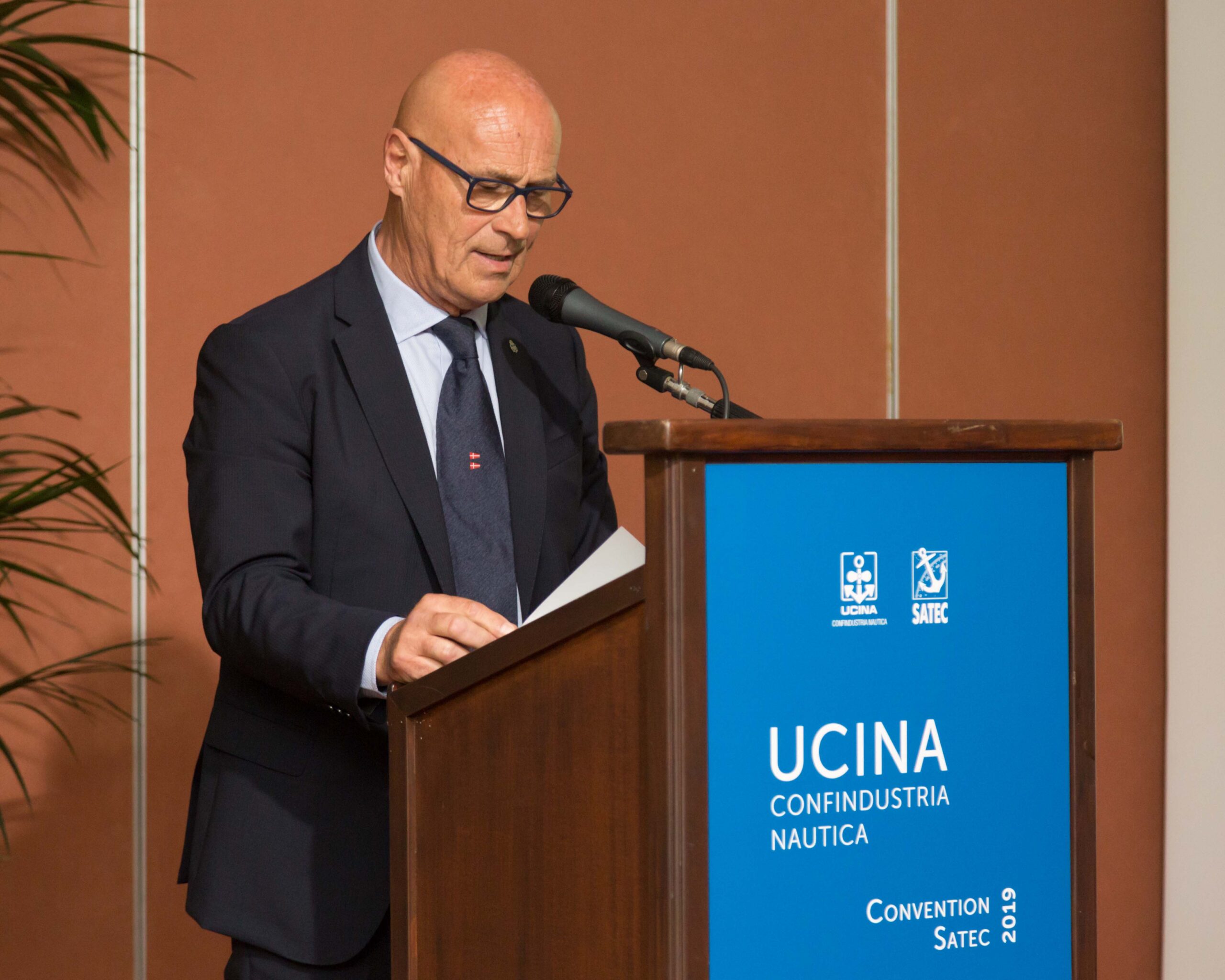 VICE PRESIDENTS AND GENERAL COUNCIL MEMBERS HAVE ALSO BEEN NOMINATED ALONGSIDE THE NEW UCINA PRESIDENT AND BY THE PRESIDENT OF THE DISCIPLINARY COMMITTEE.

Saverio Cecchi, the 69-year-old Tuscan GP Yachts board member from Limite sull’Arno, has been elected President of UCINA, Italy’s Marine Industry Association for 2019-2023, with a triumphant approval of 99% of voters.

Votes were cast at the Association’s Members Assembly held today at Santa Margherita Ligure during the annual SATEC convention for UCINA member companies.

UCINA’s General Council, established to accompany the President’s team, was nominated back in December on 19th in Rome. The Council will add to its members two direct nominations made by the President: Marco Donà (In.co.fin. srl) and Alberto Osculati (Osculati srl).

The Assembly also nominated Anton Francesco Albertoni as President of the Disciplinary College.

Saverio Cecchi will be taking over after former President Carla Demaria’s term reaches its natural close having been at the helm of the Association for 4 years, from 2015 to 2019.

“This was an important Assembly, a key moment in the Association’s life – commented Carla Demaria -. Today we have elected our new President Saverio Cecchi while also taking the opportunity to share an incredible recent history of unstoppable success achieved by the Association over the past four years on an institutional, national and global level. I have reached the end of a term that turned out to be more demanding than I could ever have imagined, but which has given me so many reasons to be satisfied and proud of what we have accomplished. So overall the outcome has been positive and I feel, as we reach the final moments of my mandate, that I have become a richer person, personally and professionally. To be President of an Association is very different from being in the same position within a company: you need to bring together various parts, various souls, often very different from one another, and ensure that the interest of the whole always prevails. Finally, my warmest thanks go out to the entire talented and highly professional UCINA structure, first and foremost to Director General Marina Stella, to whom a large portion of our success and reputation is due.”

The new President Saverio Cecchi, thanking the Members for placing their trust in him, stated: “I have been a part of this Association for thirty years and now my experience and dedication will be at your service. The goals my team and I have set ourselves include: implementing the Nautical Code, Italy’s adoption of the Passenger Code for superyachts, promoting small boating, including through dedicated projects for Italy’s Sea Day (11th April), education, activities aimed at broadening our industry’s scope and supporting internationalisation, along with the businesses themselves, promoting the Made in Italy brand and the boating industry at the Expo 2020 Dubai, and the development of the  boat leasing sector. And let us also not forget that in my programme I have committed to reuniting the Association, a concept I strongly believe in, because our strength is in unity”.

Saverio Cecchi, having become a member of the Directorate Council of UCINA in 1990, Cecchi has acted as Sector President, Vice President and, since 2013, President of the Disciplinary Committee for the Association. He has been President of BCS srl and from 2006 to 2012 CEO of Twin Disc Italia. He currently sits on the Board of Directors for GP Yachts srl.