SANLORENZO TO PRESENT ITS LATEST SL96ASYMMETRIC AT BOOT 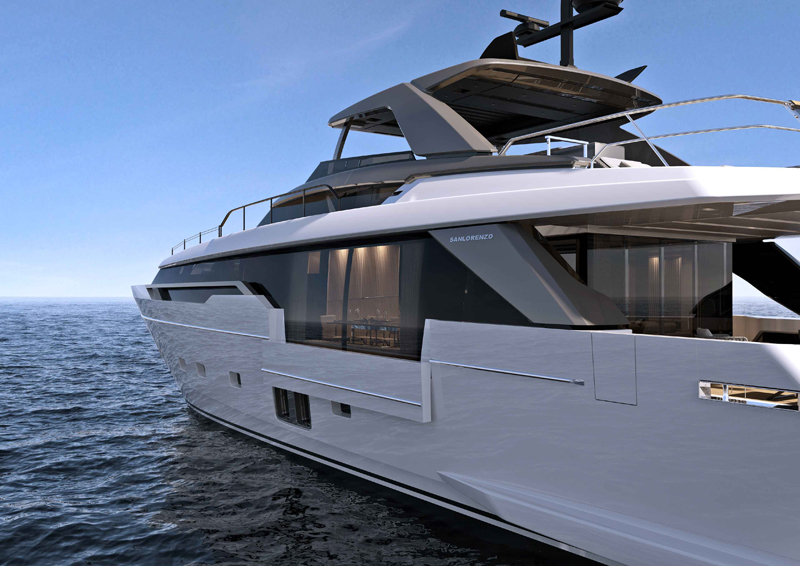 The event will take place at the Sanlorenzo stand during Boot Düsseldorf. At noon on 20th January, third day of the German fair, the latest yacht produced by the shipyard run by Massimo Perotti, Past President of Confindustria Nautica, will be unveiled: the Sanlorenzo SL96Asymmetric.

The new SL96Asymmetric, with her innovative upper deck design, aimed at rewriting the traditional concept of balance onboard, will be joined by the Sanlorenzo SL102Asymmetric, the world’s first asymmetric yacht that made its debut last year.

Bernardo Zuccon from the Zuccon International Project studio, alongside experts from the shipyard and inspired by an idea of car designer Chris Bangle, developed the concept of asymmetry which has now found a new application in the Sanlorenzo SL96Asymmetric, her interiors designed by Laura Sessa.

29.06 metres long and, thanks to her asymmetric layout, featuring a spacious, well-lit saloon on the main deck, the new SL96Asymmetric will be able to house eight guests in four cabins (two doubles, one VIP on the lower deck and a master cabin on the upper deck) located throughout a series of environments inspired by elegance and harmony where colours are those of the Mediterranean, the hallmark palette of designer Laura Sessa.