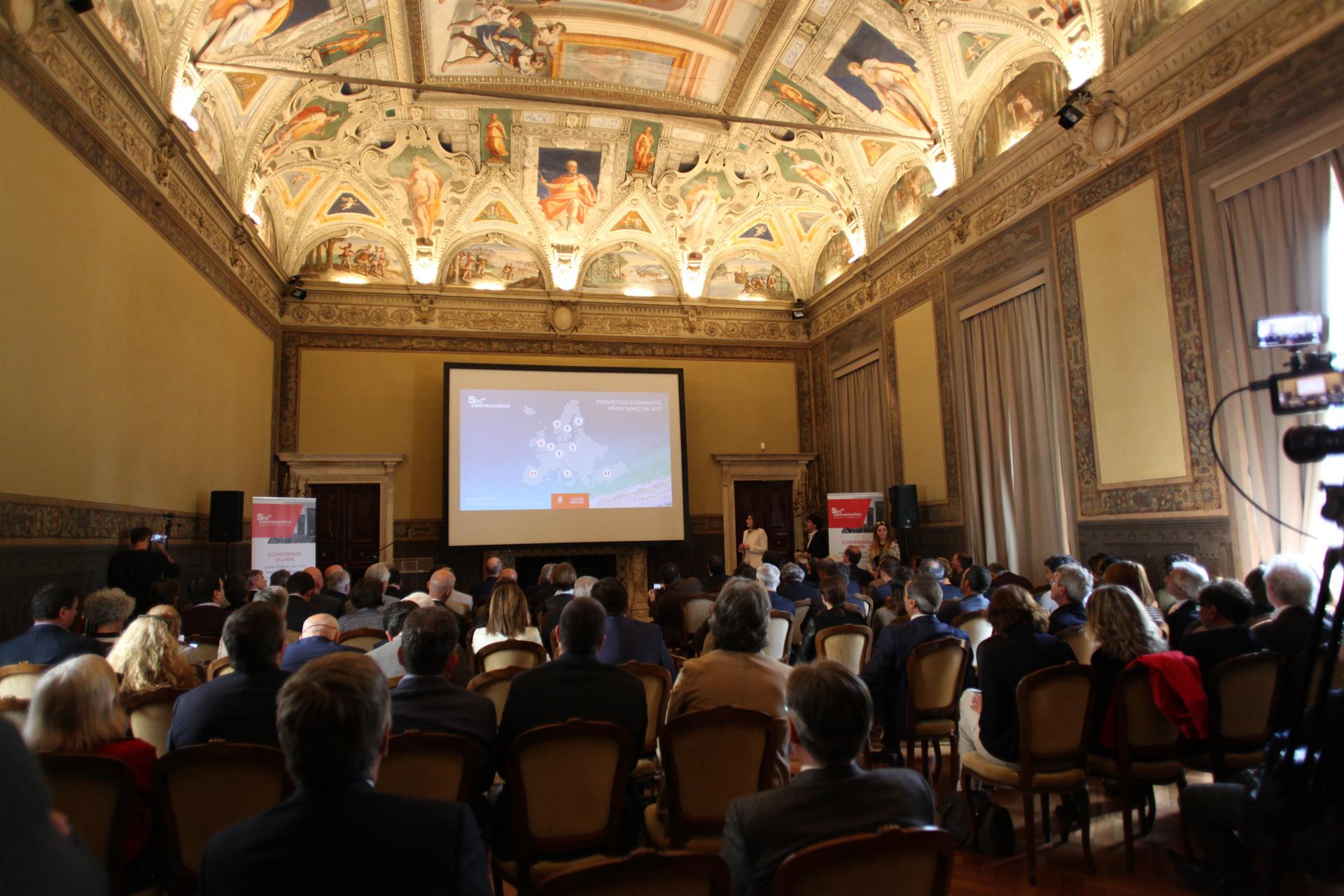 GOVERNOR TOTI AND THE REGION OF LIGURIA SUPPORT THE BOAT SHOE AND COMMIT TO A MULTI-YEAR ORGANIZATION PLAN WITH UCINA CONFINDUSTRIA NAUTICA.

THE 2017 EDITION WILL BE DEDICATED TO CARLO RIVA, THE ENGINEER WHO INVENTED ELEGANCE IN BOATING AND WHO RECENTLY PASSED AWAY

“The Genova International Boat Show this year celebrates its 57th anniversary and is looking good!” stated Carla Demaria, President of UCINA Confindustria Nautica. “Our future enjoys a great heritage and thanks to the strength we have consolidated over the years, we once again growing significantly. Undoubtedly, we have ambitious goals which are however consistent with the market signals,” she concluded.

Giovanni Toti, Governor of the Liguria Region, stated, “the commitment of the Region of Liguria is that of an institution which for 57 years has hosted the International Boat Show and will continue to do so for the next 57 years. I will not be able to attend in person all future editions, but I wish to pass it on to the children and grandchildren of this city. Now is the time to think about the future. The institutions have a responsibility to assure UCINA that Genova will always host the Boat Show, with the same unflinching certainty linked to Christmas, Easter and the Italian Republic Day”. 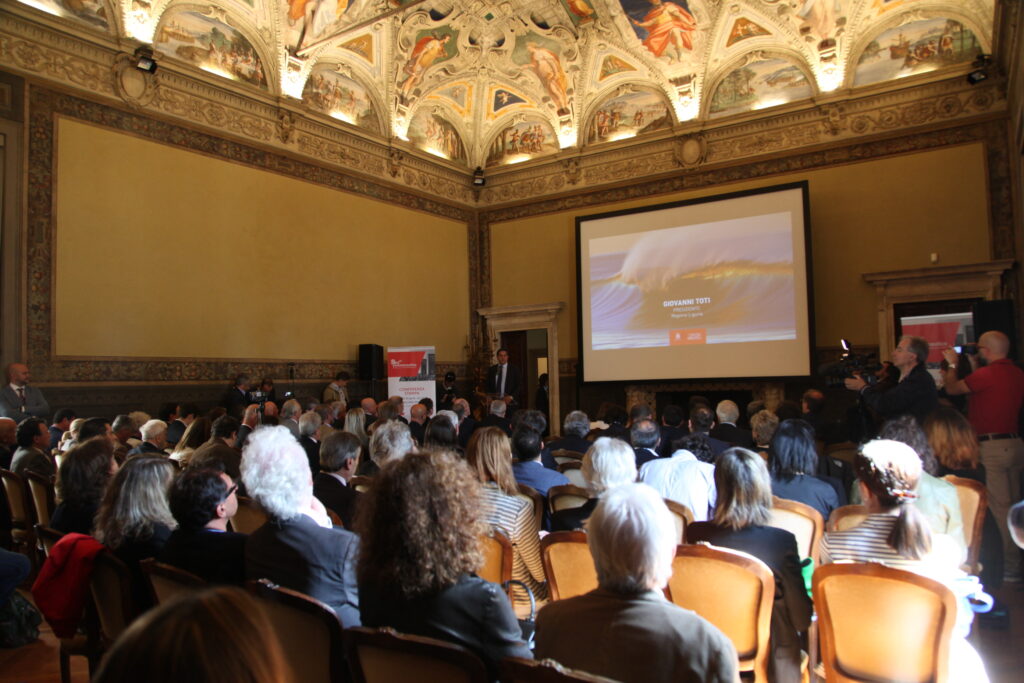 All attending institutions unanimously recognized the role of the Genova International Boat Show with the aim of providing continuity and of support the event. The President of the Port Authority System of the Western Ligurian Sea, Paolo Emilio Signorini, confirmed that “within this year we will be able to give UCINA the time horizon and the strategic scope it deserves thanks to the area of the Nuova Darsena – the new harbor area”.

NEW PERCEPTION OF THE GENOVA INTERNATIONAL BOAT SHOW, IN ITALY AND ABROAD

The Boat Show looks to the future with justified optimism. “It is not a case of wishful thinking. The change in perception of the companies proves it,” continued Carla Demaria. “We officially opened pre-registration on 21 March and 82% of the exhibitors have already confirmed their participation in the 2017 edition, with 51% of them stating they wished to expand their exhibit space or their range of boats on display. The ground floor of Pavilion B ground was overbooked within 12 hours. New foreign shipyards have also confirmed their participation such as Galeon, Regal, SeaRay, Wellcraft, Glastron, Four Winns and Scarab Boats to name a few”.

The Italian market is also showing positive signs. According to data collected by the Italian Leasing Association Assilea, 2016 saw a 26% increase in contracts compared to 2015, thus confirming the downstream market impact registered in the previous edition of the International Boat Show. In addition, the latest figures on trends in the global marine market published by ICOMIA (International Council of Marine Industry Association) that UCINA belongs to, confirm the recovery of the Italian market and Italy’s role as an international hub for recreational boating.

“Innovation takes center stage at the 2017 edition of the Genova International Boat Show,” concluded President Carla Demaria. “Architect Renzo Piano has presented the Boat Show with a remarkable gift, a vision made up of sea, sun and wind. We are deeply honored. Piano’s vision will be interpreted by the OBR Studio and by Architect Paolo Brescia, who among things has designed the terrace of the Milan Triennale and other internationally acclaimed works. The landscape design and public art project will guide the International Boat Show’s renewal process and welcome visitors at the 57th edition of the event”. 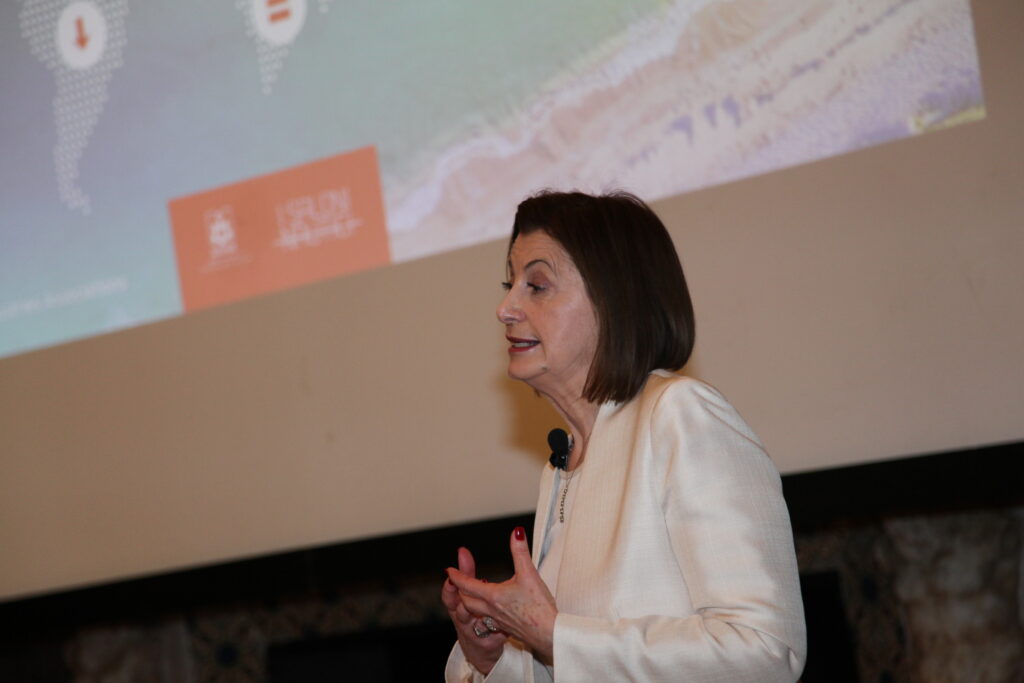 EXHIBITION’S ENTRANCE TO BE A NEW PIAZZA OVERLOOKING THE SEA

“The 57th edition’s project aims to bring Genova’s elegance and grace on the sea,” explained Architect Paolo Brescia. “We are visualizing a new square overlooking the sea that will offer visitors and citizens alike new reasons to come together, a venue where one can rediscover the pleasure of meeting in the public ritual whilst celebrating the rite of graciousness on the sea. The project envisages a multisensory installation that interacts with the natural phenomena of the sea, the sun, the wind and waves. In addition, we are planning an olfactory Mediterranean garden and the reinterpretation of the Redwall structure redesigned as a public and collective work of art, which will involve both the International Boat Show visitors and the inhabitants of the Ligurian city, thus endorsing the inextricable link existing between the Boat Show and Genoa”.

The 57th edition of the International Boat Show organized by UCINA Confindustria Nautica in Genoa will be revisited in all its aspects. “The new layout of the exhibition space will meet the needs of increased exhibition size and will welcome visitors by involving them in an increasingly experiential journey,” explained Alessandro Campagna, Commercial Director of the event. “Our goal is that every International Boat Show visitor to return home and be the first promoter and champion of this extraordinary industry”.

Compared to the 2016 edition, the occupancy rate of the New Darsena harbor area will record the most significant increase both in terms of new exhibitors and of product range on display. The area dedicated to motor yachts and superyachts will have a new layout and a dedicated Business Lounge, which will be accessed through a private boulevard leading from the entrance directly to the center of the dock.

The 2017 International Boat Show maintains the features of an event where every product area is characterized by a specific connotation in terms of layout that is immediately recognizable by every user, thus ensuring maximum visibility for each brand on display and strengthening the identity of services targeted to visitors.

The press conference presenting the 57th Genoa International Boat Show was held in one of the stunning rooms of Palazzo Grimaldi della Meridiana, part of the 42 mansions on the Rolli Palaces list, which as of 2006 is a UNESCO World Heritage Site. On this occasion, participants received a precious book on “modern and ancient palaces of Genova designed by Pietro Paolo Rubens”. The partnership between the Genova International Boat Show and the Genoese historical palaces and buildings is a well-established one and for years, this collaboration has enabled exhibitors to organize meetings and events in the breathtaking halls of these historic buildings.

The International Boat Show organized by UCINA Confindustria Nautica in Genova is the benchmark event for the entire pleasure yachting industry in Europe and in the Mediterranean. A unparalleled exhibition that ensures maximum display of the latest innovations in shipbuilding, engines, electronics, accessories, tourism and all services in a unique context. Now celebrating its 57th edition, the Genova International Boat Show is a key event for both the maritime industry and for lovers of the sea. In 2016, the Boat Show registered 127,190 visitors, over 800 exhibitors and 1,000 boats on display on land and at sea with more than 2,416 sea trials carried out.

UCINA CONFINDUSTRIA NAUTICA is the maritime industry association member of Confindustria that since 1967 has been the institutional representative of the entire nautical chain, from shipbuilding and components to services and tourism. With 302 member companies, UCINA represents 65% of the total Italian yachting turnover and works to promote marine industry growth, also by supporting legislative proposals, by collecting and disseminating industry data, by advancing the diffusion of maritime culture and by encouraging the development nautical tourism.

UCINA operates on an institutional level as a privileged interlocutor with political, social and government representatives. It is also a member of Confindustria, Federturismo, Federazione del Mare, Comitato Fiere Industria, Fondazione Edison, Fondazione Sviluppo Sostenibile, sharing their principles and actions. Internationally, UCINA is present in the governing bodies of the World and European Federations, ICOMIA and EBI.

In line with its goal to promote the maritime industry, through the company I Saloni Nautici, UCINA organizes the Genova International Boat Show, a leading event worldwide and a showcase of Made in Italy.