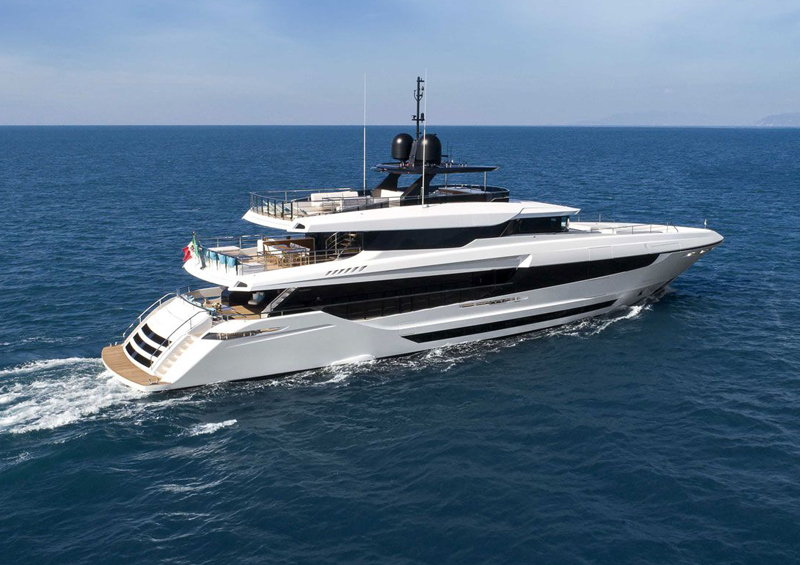 Destined for the States, the Mangusta Ocean 44, a member of the Overmarine Group fleet, was officially presented only last Summer. The outcome of the partnership between the Group’s Engineering Office and yacht designer Alberto Mancini, the brand new unit will be handed over to its owner in the Summer of 2024.

This new Mangusta Ocean 44, as underlined by Stefano Arlunno, Mangusta president for the Americas, who spearheaded the sale in partnership with Ale Navarro from HMY: “will reinforce Mangusta’s presence overseas. Currently, Mangusta is represented abroad with all three of its product lines, with an ever-increasing number of metal units”.

Among the many key aspects that make the brand new Mangusta Ocean 44 stand out is the beach club layout, around which the social life of this model orbits, along with the two pools, both located to the bow: one on the sundeck, the other on the main deck.

Built in steel and aluminium, the Mangusta Ocean 44 can travel for up to 4,500 miles. Top speed of 16 knots and a cruising speed of 11 knots.