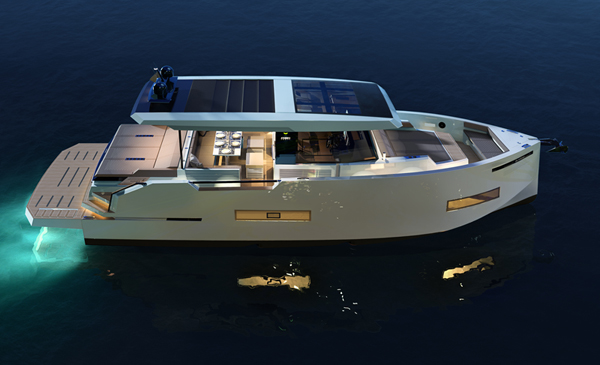 The D50 Coupé, the new version of the De Antonio Yachts flagship, is set to make its debut at the 62nd Genoa International Boat Show presented by Pedetti Yacht Sales, importer for the Spanish shipyard.

The D50 Coupé (14.90 metres in length by 4.40 metres) adds to the walkaround configuration of the Open and to the completely closed structure that wraps and protects the dashboard an electrically opening hard-top, which protects the wheelhouse from the sun, along with the dinette and outdoor kitchen.

The interior layout includes the owner’s cabin to bow, a bathroom and a dinette that converts to a double bed. Instead of the dinette it is possible to have two doubles with a second bathroom. In addition, there is also a cabin for the crew.