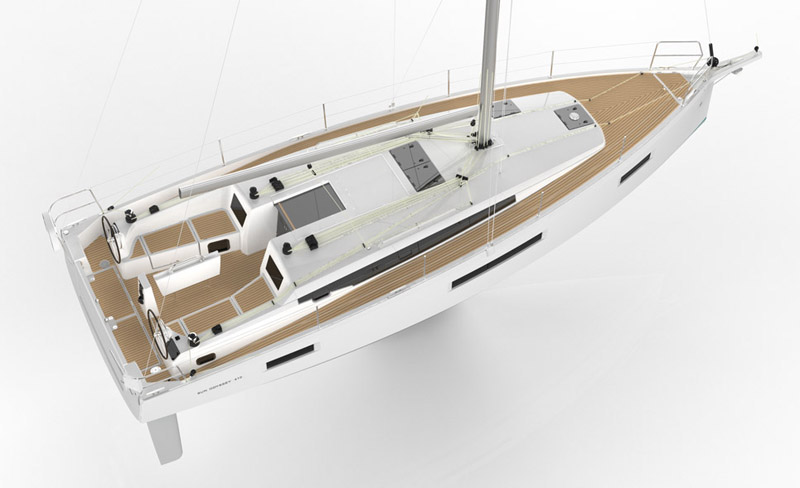 Marc Lombard has returned to design Jeanneau’s latest model, the Sun Odyssey 410, to be showcased in this year’s Genoa International Boat Show alongside the two other new additions to the French shipyard, unveiled over the past year: the 440 and the 490.

With this new entry, the Sun Odyssey fleet is now eight boats strong and is made up of the following models: the 319, the 349, the 389, the 410, the 419, the new 440, the 490 and lastly the 519. Among the key aspects of the new model, which replaces the 409, one of Jeanneau’s most successful boats, worthy of note are the ramps which lead from the cockpit to the deck. Another aspect is the C-shaped kitchen on the left side and at the centre of the boat.