INAUGURATION OF THE 55° EDITION of GENOA BOAT SHOW 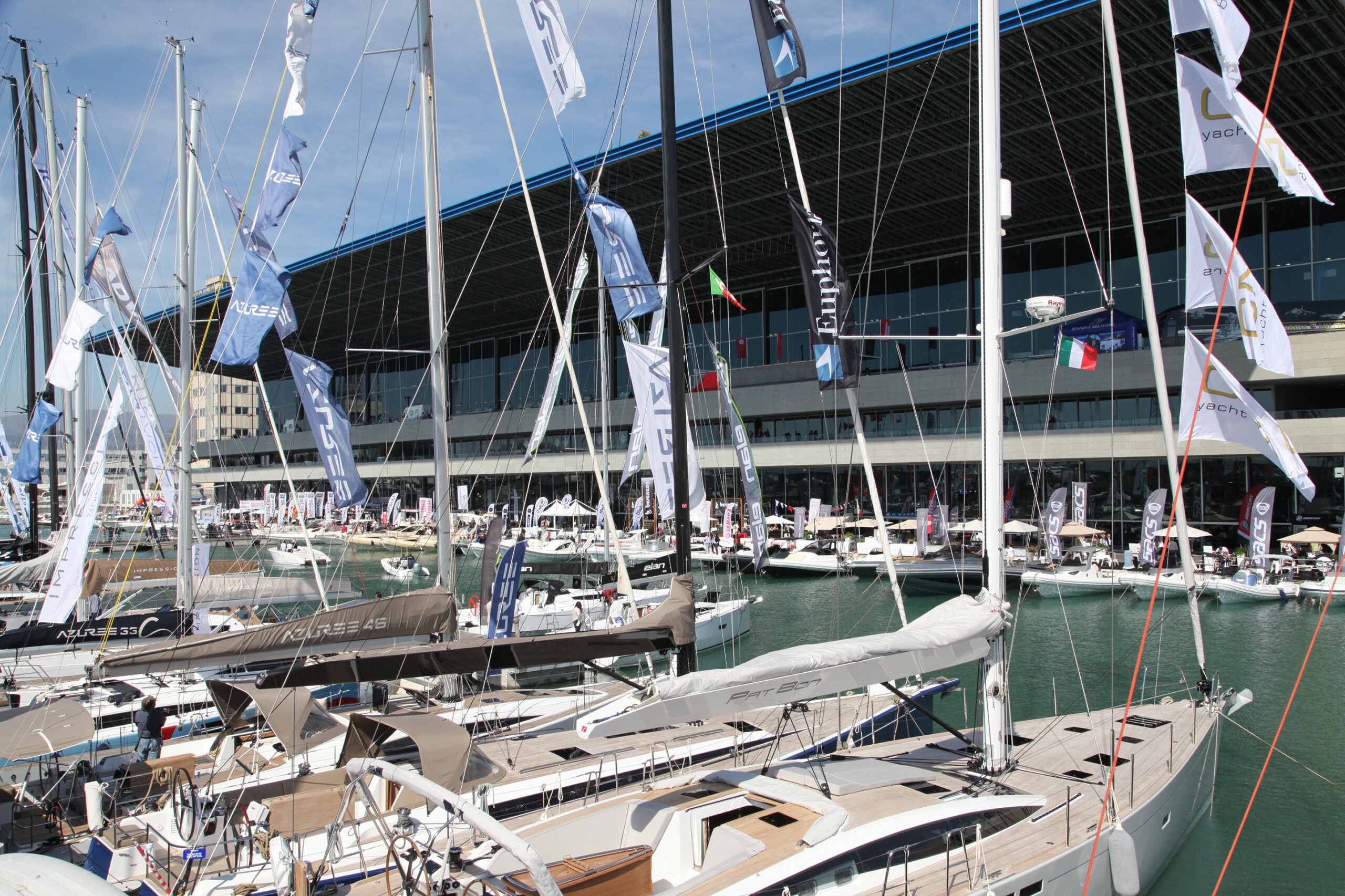 A bright sun shines on Genoa in one of the city’s most international day: at 10 a.m. , the traditional flag-raising ceremony in the presence of Deputy Economic Development Minister Carlo Calenda, accompanied by President of Liguria Region Giovanni Toti and Commander of the port captaincies, General Felicio Angrisano has officially kicked off the 55th Genoa Boat Show, that has been dubbed “the Show of the relaunch”.

The presence of a large number of guests and media, in the picturesque setting of the theater of the sea, the marine authorities have issued important statements, unanimous in defining boating one of the central sectors for the country’s growth and the Boat Show as its most important showcase in the world.

Stimulating the speech of Deputy Minister Carlo Calenda “Boating is one of the most representative sectors of the made in Italy in the world and its impact on the supply chain is very high. The positive numbers in recent months are a good sign but we must continue down this road “. From the Deputy Minister also comes a clear incitement towards some companies in the sector to join those at the Show “I do not know what you need but I am sure that the industry cannot appear divided. You must regain firmness. “

Also very positive comment from President Giovanni Toti that confirms the commitment of the institutions in supporting one of the core areas for the country’s economy. “When the Show is fine is fine the Country and viceversa. When Genoa is fine, Liguria is fine. Politics in recent years has done little for boating sector, it is time to reverse the trend “.

Marco Doria, Genoa’s Mayor, bringing the city’s welcome at the Boat Show, stated, “The shipping industry is the country’s excellence and Genoa is the heart of excellence of boating sector, it is the capital of port facilities. The positive signs from the marine industry demonstrate that we must continue in this direction, always focusing on quality “.

The words of the institutions were confirmed also by Carla Demaria, President of UCINA Confindustria Nautica who said “It will be a great Show, since my election I have defined the show of the relaunch. Since last year the boating industry is showing signs of growth, but it is especially in 2015 that we see evident progress, not only in the export figures but also in the internal market. This is an important sign of an encouraging turnaround, also witnessed by the new energy you can breathe here.

President of I Saloni Nautici, Anton Francesco Albertoni “we are happy and proud to kick off today to this great Show. In all important growth figures that characterize this edition of the Boat Show, I want to add one: 100% of optimism, ours but, more importantly, of the 760 exhibitors present here today. Always, the boating sector and the Show are aligned: we have faced difficult years but now we’re just riding the wave, and the numbers prove it: + 40%in pre-sales, + 20% boats at sea; + 27% foreign operators “.

View photos of the 1st day