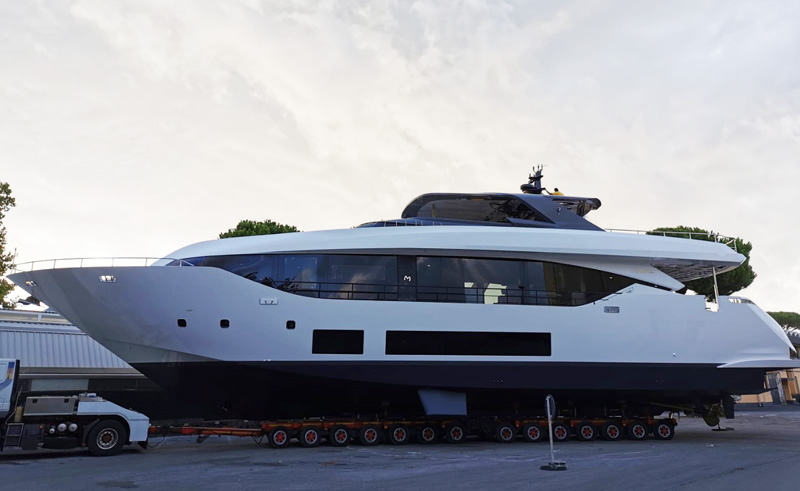 Fipa Group will have a lot to present at this year’s 60th Genoa International Boat Show (1st – 6th October), joining the event with two models from the Maiora brand and one from AB Yachts championing the Group that also includes CBI Navi and Intermare.

Gruppo Fipa has chosen to showcase two versions of the Maiora 30 on the Genovese catwalk: the Maiora 30 Convertible and the Maiora 30 Walkaround Infinity only recently delivered to its owner which we presented here. The  Maiora 30 in its Convertible form measures 30.50 metres in length and 7.50 metres in width and stands out for its flybridge with entirely dismantlable glass walls and for door that connects a 50sqm saloon to a terrace to stern that can be folded in. This was you can transform the layout into one single environment directly in contact with the sea.

The third of the five new models to be delivered by the Fipa Group this year is the AB 80.  25.40 metres long, the AB 80 is the brainchild of the Fipa Group engineering team and the Acube Design studio. The saloon, directly linked to the cockpit, allows for a 360° view. The yacht can host eight guests plus two crew members. The AB 80 also features a propulsion system composed of three MJP hydro jets combined with three MAN 12 2000 Hp cylinders. Top speed 60 knots.