FC-Yacht is the new dealer for Aquila Power Catamarans 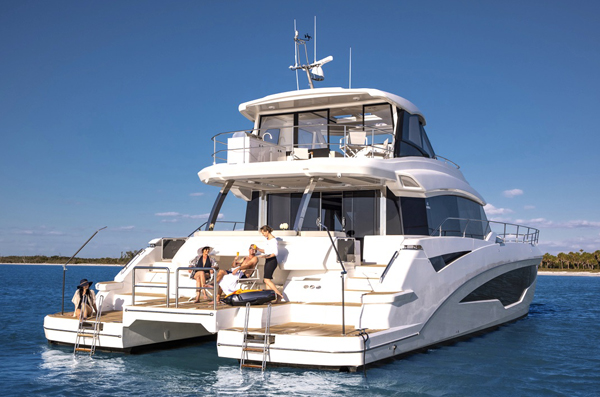 FC-Yacht, a member company of the Free Charter group located in Cagliari, will be the new dealer for the Italian market on behalf of the US-based Aquila Power Catamarans founded under the partnership between Sino Eagle Group and MarineMax, featuring a fleet of models ranging between 28 and 70 feet.

The Aquila catamaran line, built in the 93,000 m2 yard in Hangzhou, China,and supplied by FC-Yacht, starts off with an outboardmodel, the 28 Molokai, measuring 9.38 metres, available in its Hard Top version and Molokai Cuddy version featuring a deckhouse, and the 32 Sport, measuring 9.93 metres and equipped with a cabin.

Other models include the 36 Sport at 10.96 metres with two cabins and the three largest designs featuring inboard motors, the Yacht 44 and Yacht 54, measuring respectively 13.44 metres and 16.50 metres with three or five cabins along with the Luxury 70 at 21.26 metres providing three decks and five cabins.