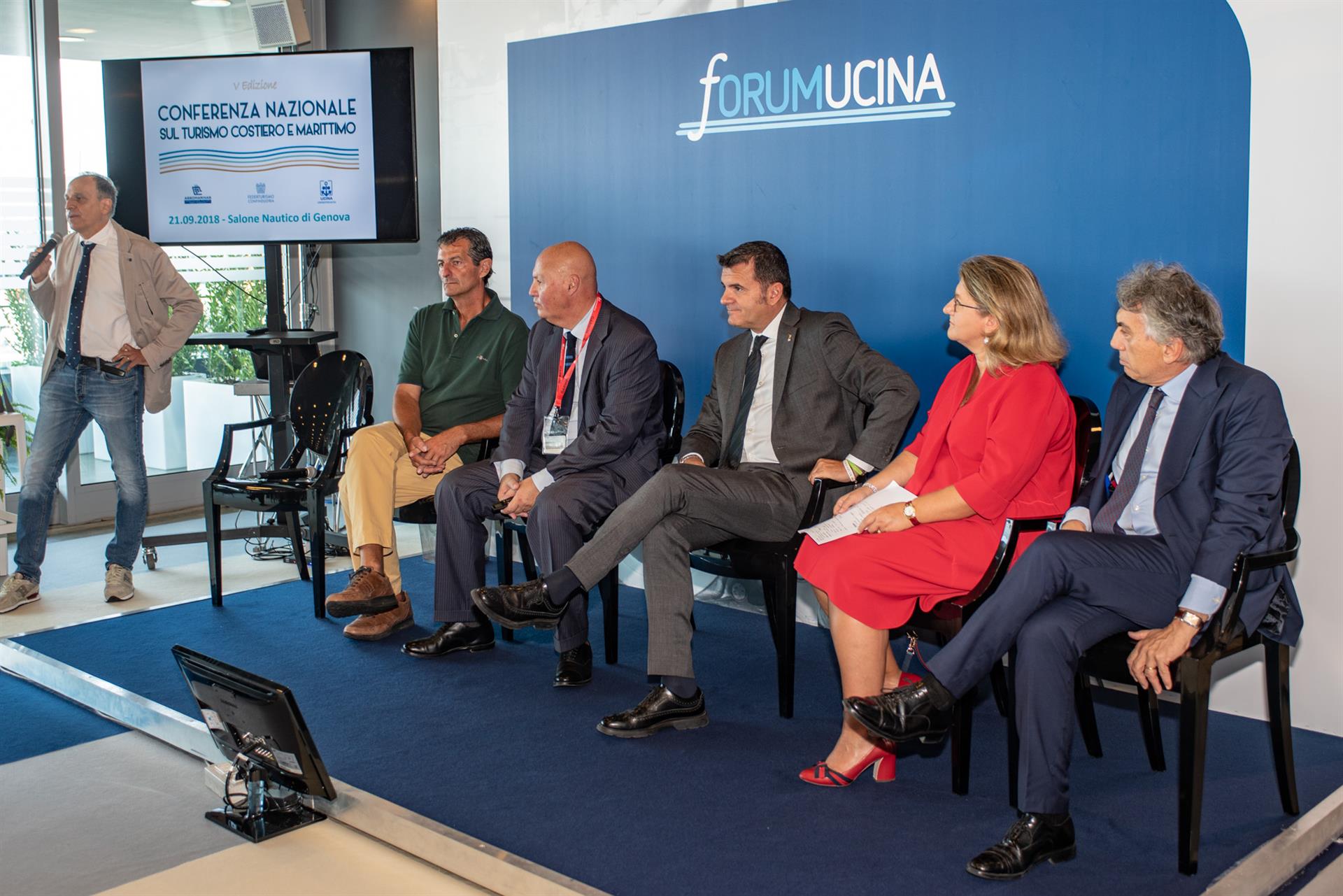 ITALIAN MINISTER FOR TOURISM, CENTINAIO: “THE ISSUE REGARDING MARINAS IS SOON TO BE DISCUSSED BY MY MINISTRY AND THE MINISTRY FOR INFRASTRUCTURE AND TRANSPORT”

The Italian Federation for the Travel and Tourism Industry, Federturismo, along with UCINA (the Italian Marine Industry Association), Assomarinas (the Italian Marinas Association) and Assobalneari (the Italian Beaches Association), once again chose to hold their 5th National Conference on Coastal and Maritime Tourism at the Genoa International Boat Show – this time with an even greater reason – in the presence of Italy’s dual Minister for Agricultural, Food and Forest Policies and for Tourism, Gian Marco Centinaio.

“The Government’s position on this is clear. The objective is to reach real results – stated the Minister – On 9th October Rome will see a ministerial roundtable on Tourism, in order to arrive at a unified view shared by all ministries concerned, to then open up a strong and serious dialogue with Europe with regards to the many issues involved in tourism “.

“As for the Genoa International Boat Show – the Minister added, answering journalists – I am pleased to see the exemplary initiatives carried out by UCINA and ICE, bringing in international guests “.

The Conference was an opportunity to confirm how the sector’s recovery is now consolidated, but it was also a chance to analyse market trends for marina services and tackle the ongoing issues regarding the current controversy with the Constitutional Court about public taxes and a public property reform that contemplates the reinstatement of a specific system which steers away from the Bolkestein system.

“We have chosen the biggest Show on the Mediterranean – stated Federturismo Vice President Marina Lalli – to underline how coastal and maritime tourism is a significant source of growth for our Country and how it must be supported in order to achieve economic and environmental advantages and improve the industry’s competitivity worldwide. The crisis is over, and the figures are clear, however, the recovery owes a lot to solid proposals and constructive dialogues on an institutional level over the past few years which have been acknowledged by the Government”.

“This stage is an enormous opportunity for us – announced Assomarinas President Roberto Perocchio and Assobalneari President Fabrizio Licordari – to renew, in view of the upcoming Budget Act, our appeal to the Government to maintain a high level of attention on the maritime public concessions issue and their relationship with European regulations which up to now have seen a significantly distorted implementation and to offer greater clarity with regards to excluding from the Bolkestein system sea-side businesses and marinas in order to rescue current and future investments”.

“The meeting held after the conference was productive – commented Carla Demaria, President of UCINA, the Italian Marine Industry Association. “The Minister showed a pragmatic approach to these issues and I am certain that with regards to boating tourism he will be decisive “.