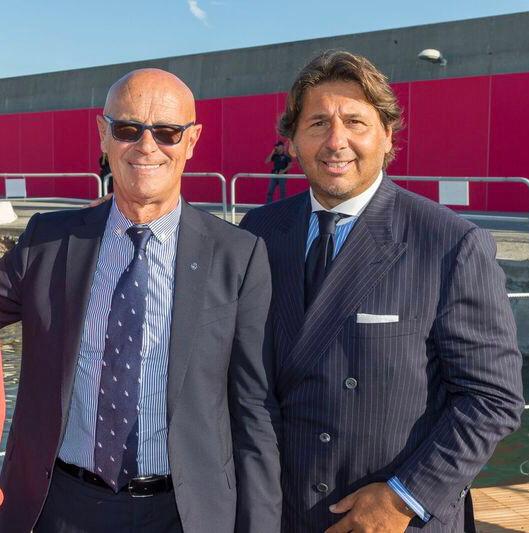 Following two assemblies that took place at the end of the year, in Genoa and Milan respectively, the members of UCINA (Italy’s Marine Industry Association) and of Nautica Italiana approved the process that will sanction their unification under the name CONFINDUSTRIA NAUTICA on 31st January, a name that will thus embrace the nation’s entire boating sector as a whole.

Genoa 19th December 2019 – Assigning a single national body of representation to the country’s entire boating sector and its industry, unifying them under the banner of CONFINDUSTRIA NAUTICA, will be a complex process. The first fundamental step forward was carried out by the Member Assemblies of Nautica Italiana and of UCINA, convened respectively yesterday on 18th and today on 19th December, as they each voted for the dissolution of Nautica Italiana and the change of name, along with UCINA voting for its new Statute.

These assemblies, held at the end of 2019, are in fact the first step towards unification as determined by Confindustria and shared by the respective Governing Bodies of the two Associations, a unification set to reach completion on 31st January 2020, when all conditions in view of its implementation, including those of a technical nature, will have been met and which must happen in accordance with the Statute and values of Confindustria.

As the shared home will be that of Confindustria, the Statute will remain that of UCINA, integrated with a number of changes requested by the members of Nautica Italiana, heard and voted for by the members of UCINA.

No less than 45 companies within Nautica Italiana, which are in line with the requirements for Confindustria membership, will be required to join by 31st January 2020, in accordance with the procedures determined by the ‘Reunification protocol’, in order to implement the agreement which will see the fusion of representatives from both Associations.

The governing structure will see Saverio Cecchi maintain his role as President alongside Lamberto Tacoli who will be nominated as interim Vice President. Following a period of transition, which will see the election of a new President and a board of Vice Presidents, the two will both become Past Presidents of Confindustria Nautica.

“My main objectives have been to bring the key changes to our Statute to completion in view of becoming ever more inclusive, to focus on Italy’s Southern regions and, most importantly, to unify the representative bodies of the country’s boating sector”, commented Saverio Cecchi, President of UCINA, who added, “On this momentous occasion I would like to share my joy with the Vice Presidents who have been at my side during this process, with Lamberto Tacoli, without whom this could never have been possible, and most of all with all of our beloved Members. We are now embarking on the realisation of a key strategic plan for the entire sector”.

“Today’s vote – commented Lamberto Tacoli, President of Nautica Italiana – represents the final stage of a process of rapprochement that has taken up most of the past nine months to realise. My hope is that this reality, which will finally see us united under one national confederation roof, might respond effectively to the opportunities on the horizon for our industry, from its internationalisation to the improvement of its domestic side. I also hope that the launch of Confindustria Nautica will be enough to inspire us to put aside our individual needs in view of walking a common path, side by side, towards further consolidation in our sector as a whole”.