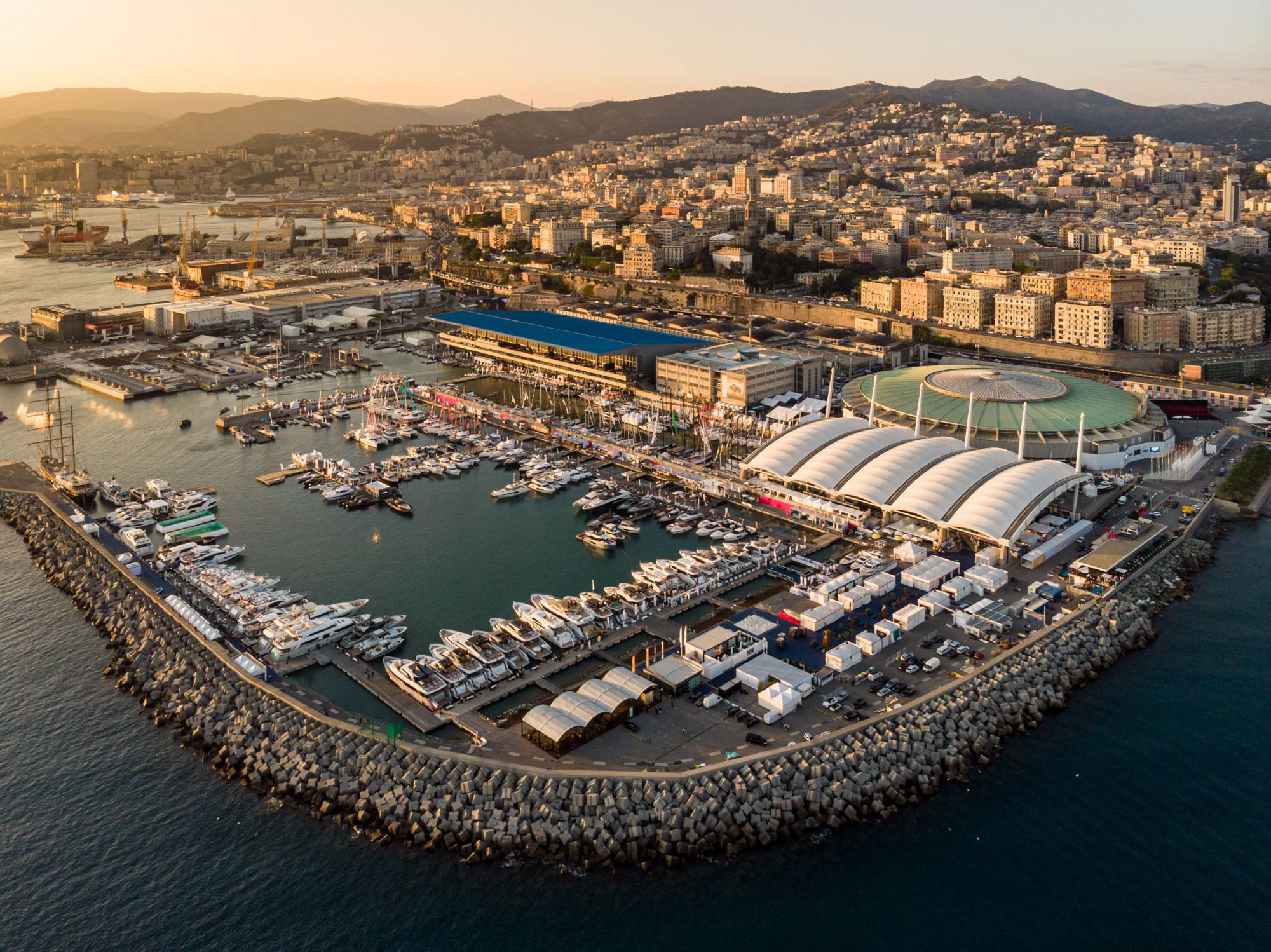 CARLA DEMARIA, I SALONI NAUTICI: “AS OF 11.00 THIS MORNING WE HAVE REACHED A TOTAL OF 186.641 VISITORS AT THE GENOA BOAT SHOW, A 7% INCREASE FROM LAST YEAR. THE 60TH EDITION OF THE INTERNATIONAL BOAT SHOW WILL TAKE PLACE IN GENOA FROM 17TH TO 22ND SEPTEMBER 2020”

MARCO BUCCI, MAYOR OF GENOA: “EVERY ASPECT OF THE GENOA INTERNATIONAL BOAT SHOW IS GROWING AND NEXT YEAR’S WILL SEE US WORK EVEN HARDER ON THE EVENTS CALENDAR FOR INITIATIVES TAKING PLACE THROUGHOUT GENOA”

GIOVANNI TOTI, PRESIDENT OF THE LIGURIA REGION: “A SUCCESSFUL BOAT SHOW: WE WANT GENOA TO BE THE HEART OF ALL BOATING ACTIVITIES”

LUIGI ATTANASIO, PRESIDENT OF GENOA’S CHAMBER OF COMMERCE: “GENOA HAS SHOWN THE WORLD HOW ATTRACTIVE, WELCOMING AND HOSPITABLE IT CAN BE, AND WE REMAIN AMBITIOUS TO DO EVEN BETTER IN THE FUTURE”

SAVERIO CECCHI, PRESIDENT OF UCINA: “WE’VE SIGNED A TEN-YEAR PROTOCOL WITH THE RELEVANT INSTITUTIONS TO INVEST AND STRENGTHEN THE GENOA INTERNATIONAL BOAT SHOW”

At 1.00 pm today, members of the press were invited to the Closing Press Conference for the 59th Genoa International Boat Show, a global event organised by UCINA, Italy’s Marine Industry Association, which from 19th to 24th September celebrated Genoa as the Capital of Yachting with exclusive premieres, sports events, conferences, technical seminars, all during a world-class showcase for the very best and latest from the world of international yachting, involving industry professionals and sea enthusiasts alike.

The Genoa International Boat Show this year hosted 986 exhibitors, from 28 countries and 5 continents, providing over 200,000 square metres of display area on water and land for over 1,000 vessels on display. Operators and journalists invited from abroad as part of the Trade mission for foreign companies and media delegates, organised in partnership with the Italian Ministry for Economic Development and the Italian Trade Agency (ITA) were 150, from 25 countries. The Tech Trade project saw the participation of 45 businesses and start-ups which met with over 60 Italian exhibitors for a total of 610 B2B meetings. Sea trials increased from 4,780 in 2018 to 5,622 in 2019.

On the communications front, 1,624 articles were published from 5th September, the day in which the Press conference for the presentation of the Genoa International Boat Show took place, along with 6 hours of TV coverageand over 5 hours of radio coverage entirely dedicated to the Boat Show.

124 events, including conferences, seminars, technical workshops and international premiers. 45 events took place beyond the walls of the Boat Show throughout the city of Genoa as part of the GenovaInBlu project, offering live music, dancing, food and wine, art, open museums, exhibitions, concerts and travelling entertainment, which climaxed with the Deejay Time concert on the Piazza De Ferrari on Monday evening, attracting a crowd of over 7,500 people.

Carla Demaria also confirmed the next edition of the Genoa International Boat Show, “the 60th edition of the Boat Show will take place from 17th to 22nd September 2020 and will be an even greater opportunity to celebrate the sea”. The President of I Saloni Nautici and President Emeritus of UCINA then proceeded to reveal the much-awaited closing figures for this year’s edition of the Show: “As of 11.00 this morning, 24th September, a total of 186,641 visitors enteredthe Genoa Boat Show, an impressive 7% increase on last year’s edition. We will almost certainly break 188,000 by the end of the day, meaning a 6% – 7% increase from 2018, despite the bad weather experienced on Sunday. The peak of visitors was reached on Saturday 21st September with a staggering 43,000 visitors in the space of only one day”.

“The number of visitors is not the only key aspect to take into consideration – continued Carla Demaria –Exhibitors’ satisfaction is also of key importance. This year they recorded a greater level of certainty and a higher number of contracts signed, we will undoubtedly need greater space for the future. This is the value created by the Genoa International Boat Show.”

The Mayor of Genoa Marco Bucci, in commenting the 2019 edition stated: “Genoa is the Capital of Yachting, this was made very clear by a number of aspects. I listened to how people felt about the event and I heard only positive comments. Every aspect of the Genoa International Boat Show is growing and next year’s will see us work even harder on the events calendar for initiatives taking place throughout Genoa, so that everyone can enjoy the benefits. Yesterday we announced that Genoa will be the finish for the final leg of The Ocean Race, this is an enormous accomplishment, working together is key for developing new opportunities”

President of the Liguria Region, Giovanni Toti: “This edition of the Genoa International Boat Show, on the eve of celebrating the 60th anniversary is the outcome of an enormous effort, we want Genoa to become the heart of a series of activities tied to the boating industry before and after the Boat Show as well. You can breathe the atmosphere of success, the city has embraced the Boat Show, which has been incredibly engaging, both for its events and for the important conferences held during its six days. I am certain that next year will be an even greater success and I would like to thank everyone who contributed to achieving this level of excellence.”

The President of Genoa’s Chamber of Commerce, Luigi Attanasio: “These have been exciting days and genoa has shown the world how attractive, welcoming and hospitable it can be. We are immensely satisfied, the figures are encouraging and we remain ambitious to do even better in the future”.

Saverio Cecchi, President of UCINA, Italy’s Marine Industry Association: “Today is a very important day, because UCINA reconfirms its commitment to the city of Genoa, signing along with all of the relevant institutions a ten-year protocol that will allow us to invest in and strengthen a show that has once again shown the world how it is a fundamental tool for developing our businesses.”

And so, the 59th Genoa International Boat Show will come to a close, bidding visitors and exhibitors farewell this evening at 6.30 pm, the same moment in which we will have the final figures for what Carla Demaria defined “an edition that will have to face the challenge of outdoing this one next year”.