BOOT DUSSELDORF’S 50th EDITION COMES TO A CLOSE, A SUCCESS FOR ITALY’S EXHIBITORS 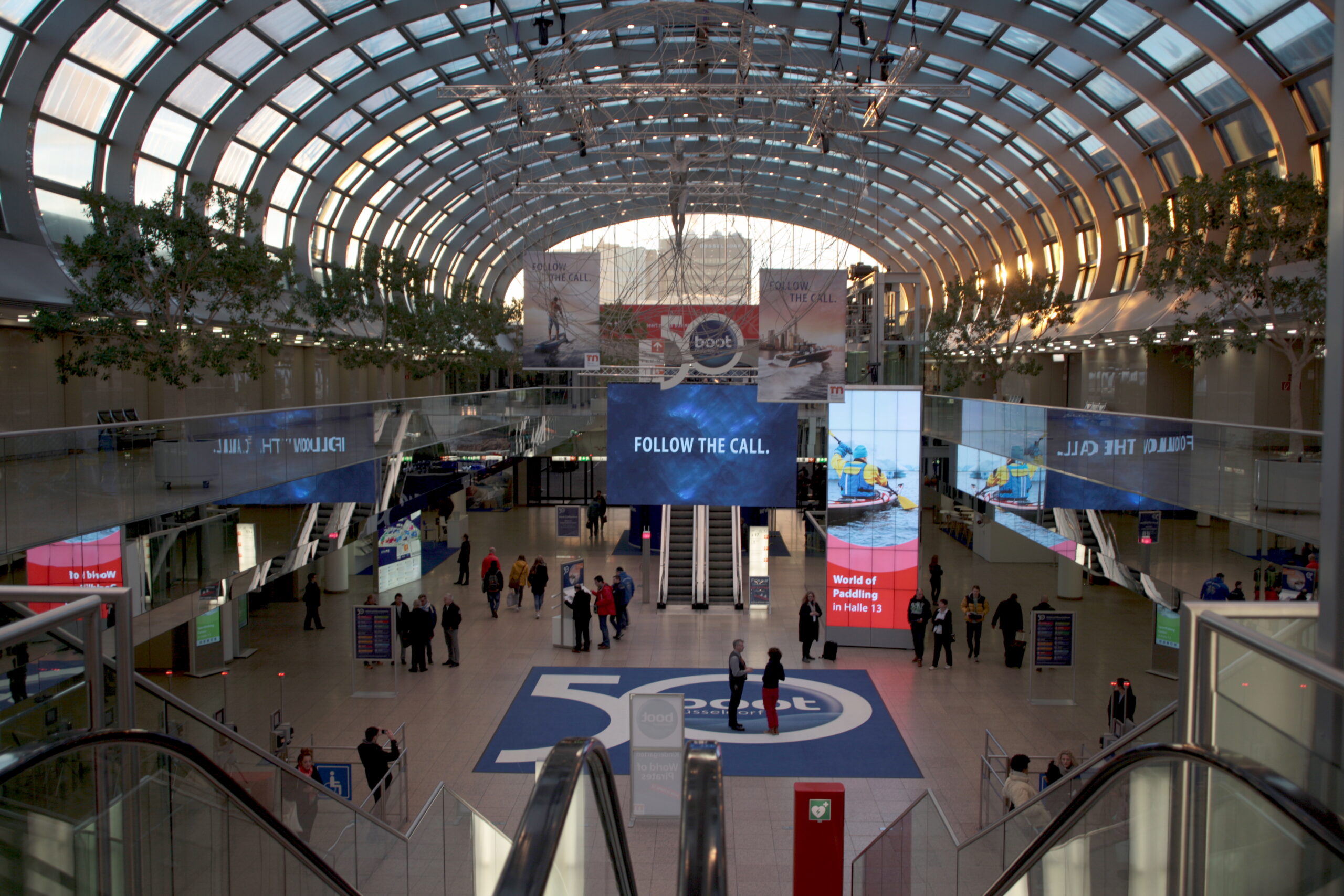 DUE TO POPULAR MARKET DEMAND, REGISTRATION FOR THE 59th GENOA INTERNATIONAL BOAT SHOW WILL BE MOVED UP TO FEBRUARY

Sunday 27th January marked the final day for the 50th edition of Boot Düsseldorf, 2019’s first boat show which, as is tradition, opened the international events season for the leisure boating world.

A lot of new products were showcased over the 9 days of the German Messe which saw Italy and the Made in Italy brand take centre stage with 138 businesses showcasing their wares.

“Boot Düsseldorf – stated Carla Demaria, President of UCINA, Italy’s Marine Industry Association – confirmed that the leisure boating industry is in good health, as do the market predictions we disclosed during the Association’s National Assembly last December in Rome. Once again, we were honoured to represent the excellence of the Made in Italy brand on the global stage. Our booth acted as “Italy’s Home” abroad, a place for Italian and international operators to meet, welcome one another and collaborate, operators with whom we were able to compare notes, providing support, data and market trends and interact in view of our industry’s most pressing issues. I would like to give special thanks to all of the businesses who are UCINA members for the quality they brought to the event and for contributing to the Made in Italy brand.”

The German show was also a chance to promote the 59th Genoa International Boat Show  scheduled to take place from 19th to 24th September this year. “The tangible interest we perceived here in Düsseldorf for the 59th Genoa International Boat Show – commented Commercial Director Alessandro Campagna – persuaded us to move the registration opening date for the event up to February. 96% of exhibitors who were at the Genoa Boat Show in 2018 have already confirmed they will be back again this year.”

Over the 9 days of the German event, there was also room for chances to compare notes on the industry and provide data regarding the German boating industry.

This year, the International Breakfast Meeting, organised by EBI – European Boating Industry, focused on the charter market and on the upcoming developments for the sector. UCINA, the Italian Marine Industry Association, played a central role with the keynote speech being given by Piero Formenti, Vice President of the Association and President of EBI. The speakers’ interventions showed how the behaviour of boat builders is increasingly influenced by the growth in the charter business and how they are adapting to the specific needs of hiring companies in terms of accessories, technology and client requests.

The significant presence of the Made in Italy industry at Düsseldorf is a key indicator of the boating industry’s current situation: Germany is fifth in Europe for Italian shipyard export. According to the market analysis published by UCINA in “La Nautica in Cifre” (“Boating in Numbers”, the annual statistics book created by the Association in partnership with the Edison Foundation and the Italian Leasing Association Assilea, under the patronage of Italy’s Ministry for Infrastructure and Transport), export towards Germany has soared from 12.7 million euros in 2016 to 28.1 million euros in 2017, an increase of 120.6%.

In such a context, with an Italian leisure boating industry characterised by a strong propensity towards export, UCINA is supporting Italian businesses abroad via the Made in Italy plan, made possible by Italy’s Ministry for Economic Development and made operational by the Italian Trade Agency, a plan composed of targeted interventions aimed at encouraging the internationalisation of leisure boating companies by having them take part in the most important international trade fairs worldwide, along with communication plans with the industry’s leading magazines. After Düsseldorf, the programme will continue with UCINA’s participation at the Dubai International Boat Show (26th February – 2nd March), the Singapore Yacht Show (11th – 14th April), the Ibex Show in Tampa, Florida (1st – 3rd October), the Fort Lauderdale Boat Show (30th October – 3rd November) and the METSTRADE Show in Amsterdam (19th – 21st November).