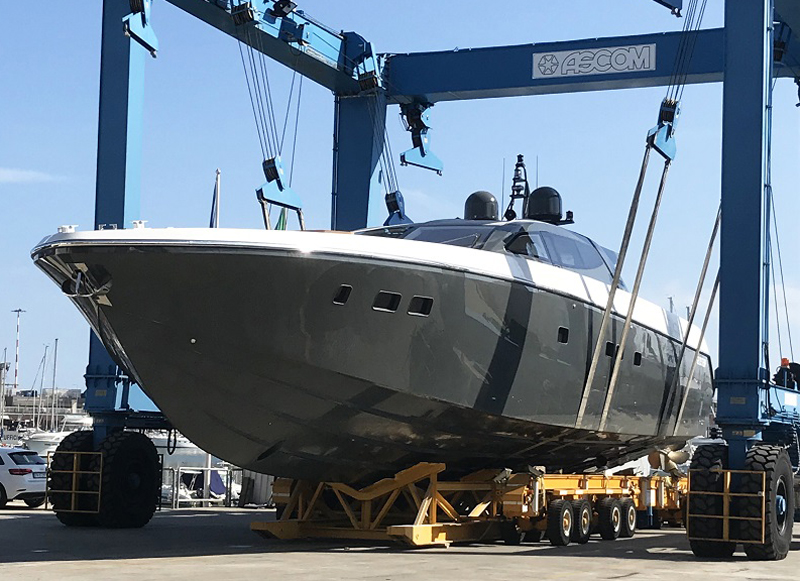 Attitude is the name of the sixth model from the OTAM 80HT series to be delivered by the Genoa-based shipyard OTAM to her owner. For OTAM, founded in 1954 under the name Organizzazione Tigullio Assistenza Motoscafi, this is the first launch following the lockdown period and yet another confirmation of the success achieved by their OTAM 80HT design.

At 25.50 metres in length and a maximum width of 6,05 metres, the OTAM 80HT Attitude stands out from her OTAM 80HT sisters with her completely redesigned bow area, as requested by the owner, which includes a large sundeck and an adjustable table to optimise the use of the open-air space. A space that, including that of the cockpit, doubles the open-air surfaces available onboard compared to other OTAM 80HT. Inside, Attitude features four cabins with an owner’s suite developed across the design’s entire width to her centre, a VIP cabin and a double cabin for guests, along with a crew cabin.

Attitude, reaching 50 knots during her sea trials, quite a bit more than the predicted 47 knots stated in the contract, is motorised with two 2600 Hp MTUs, each coupled with Arneson surface transmissions and 6-blade OTAM – Rolla propellers. The highest performance standards paired with high levels of sound comfort: the owner’s suite measured 42dB instead of the predicted 42dB.