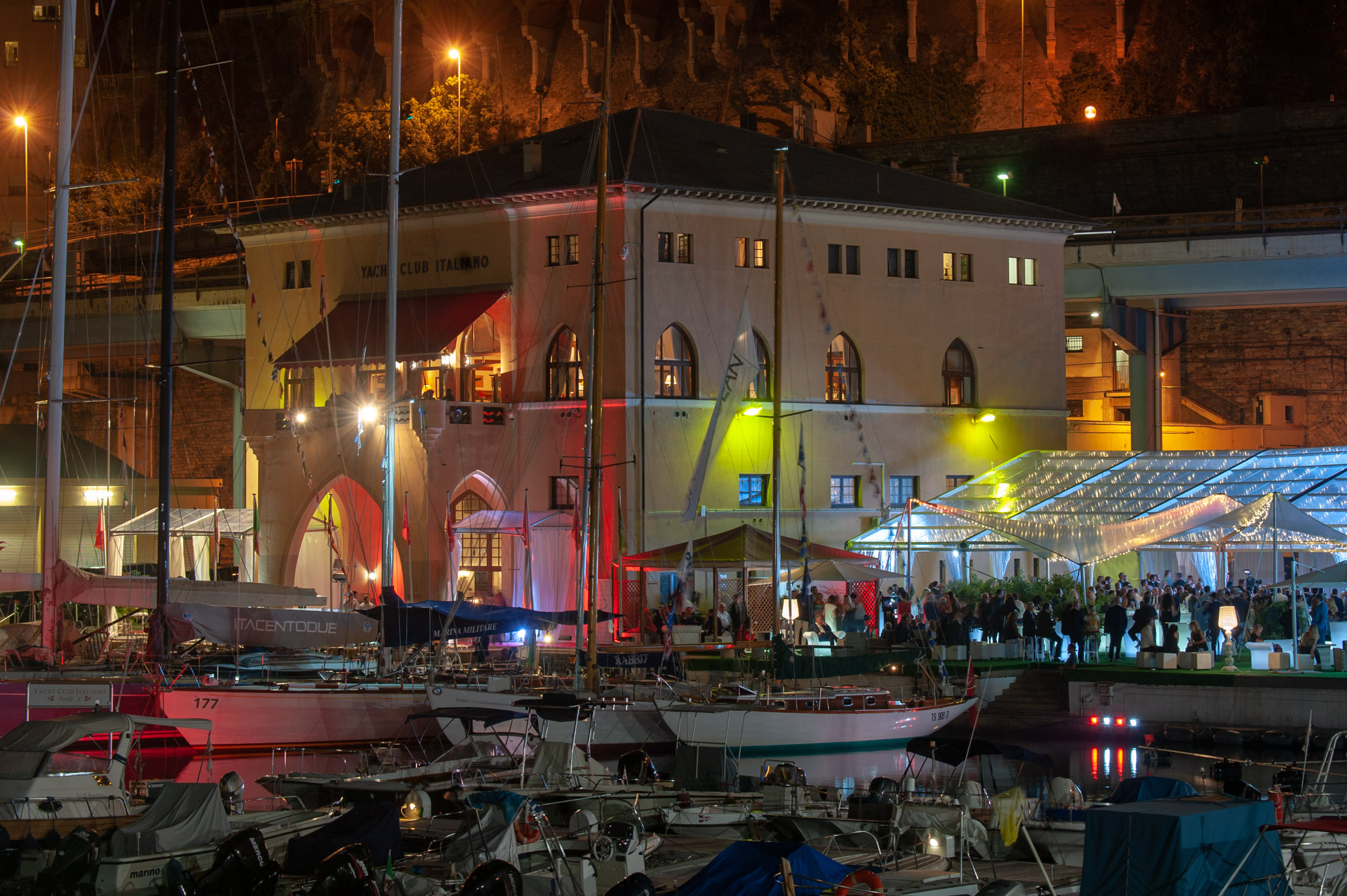 EXHIBITORS, SEA AND SPORTS ENTHUSIASTS AND LOCALS AMONG THE 500 PEOPLE IN GENOA’S ICONIC ITALIAN YACHT CLUB

Yesterday, the evocative setting of Genoa’s iconic Italian Yacht Club in Porticciolo Duca degli Abruzzi was the backdrop to a charity ball organised by the Genoa International Boat Show, hosting an impressive 500 guests. Exhibitors, sea and sport enthusiasts and a significant portion of local Genovesi took part in the charity gala in favour of the Giannina Gaslini Institute, in the presence of the President of the Region of Liguria Giovanni Toti, alongside the Regional Assessor for Sport Ilaria Cavo, Mayor of Genoa Marco Bucci and the President of UCINA (the Italian Marine Industry Association) Carla Demaria.

The evening was presented by the television journalist who specialises in reports dedicated to the sea and the environment, Tessa Gelisio, the face of the inaugural evening for the International Boat Show for years now. By her side, two swimming champions, the many-times Olympic champion Federica Pellegrini and Luca Dotto, the first Italian in history to beat 48” in the 100m freestyle. Alongside them, welcomed in the afternoon with his boat “Crivizza” by the Italian Yacht Club’s President, Nicolò Reggio, was the sailor Mauro Pelaschier, the ONE OCEAN Foundation ambassador who very recently concluded his circumnavigation of Italy to promote the Charta Smeralda, signed also by UCINA.

The event was enriched by the magical voice of baritenor Carlo Nicolini accompanied by maestro Corrado Casati. Guests also included Valerio Massimo Manfredi, who entertained participants with a reading from “Il mare di Odisseo” (“Odysseus’ Sea”) in relation to Sergio Maifredi’s “Teatro Pubblico Ligure” (“Liguria’s Public Theatre”) project.
From sport to music, from literature to fashion, the latter provided by Chiara Boni with her line “La Petite Robe” worn by the hostesses throughout the evening.

The charity event to benefit the Giannina Gaslini Institute continued with a lottery, the prize of which was a watch from the prestigious timepiece brand Breitling, awarded by the CEO of Patrizia Aste, and the gift of a bracelet from the Sail-O Memorable Pieces collection for each guest.

Towards the end of the evening, Federica Pellegrini and Luca Dotto awarded prizes from UCINA acknowledging companies who have believed in the Genoa International Boat Show as a strategic tool for promoting the industry by taking part in an incredible 50 editions of the boat show. The award was given by the President of UCINA, Carla Demaria, to Andrea Razeto, representing F.lli Razeto e Casareto, and to Daniela Minciotti from MTU Italia S.p.a, both companies based in Liguria, the former a leader in component and accessory production for the naval and boating sector, the latter an equally industry-leading producer of high-performance motors.

The evening came to a close with a stunning smoke and lights show to bid guests goodnight, organised by Genoa’s Italian Yacht Club and SIAD.