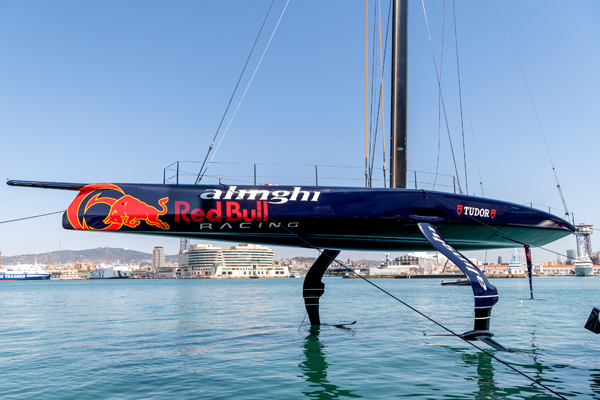 Just four months after the announcement that Barcelona will be the host of the 37th America’s Cup scheduled in autumn 2024, Alinghi Red Bull Racing has launched BoatZero, the AC75 ex Te Aihe purchased by the defender Emirates Team New Zealand, the first AC75 built in 2019.

The program for BoatZero foresees just for this week the first training at sea with the crew leaded by Arnaud Psarofaghis who will be able to count on the advice and experience of the New Zealander Dean Barker, skipper and winner of the America’s Cup in 2000 against Luna Rossa, and of the Italian Pietro Sibello, finalist of the 36th America’s Cup with Luna Rossa Prada Pirelli Team in Auckland 2021.