A successful launch for Fiart 43 Seawalker 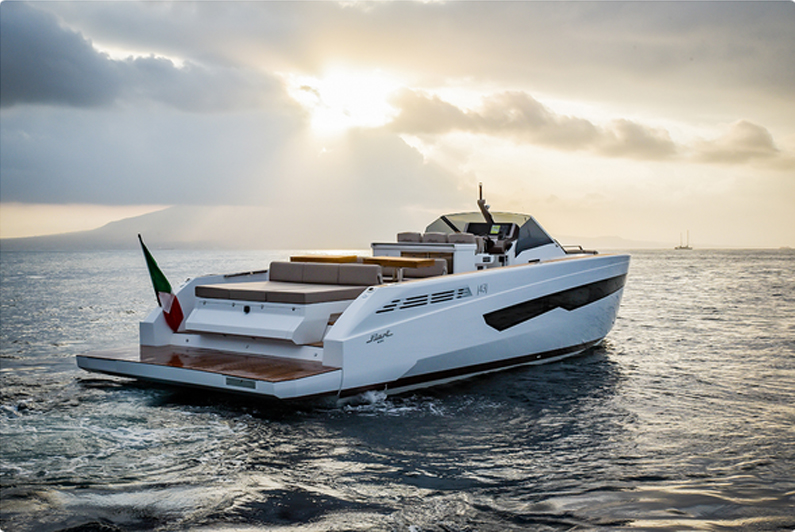 Fiart Mare, from its historical location in Baia, has just launched its latest creation: the new Fiart 43 Seawalker which reaffirms the successful concept for a Mediterranean boat already achieved with the previous Fiart 33 Seawalker.

At 13.84 metres long and 3.99 metres wide, the new Fiart 43 Seawalker is a walkaround featuring a modular furnishing concept and provides two large cabins: a double to bow and one to stern equipped with single beds. The cabins are provided with a large bathroom with a separate shower area.

The layout designed for the first example of the Fiart 43 Seawalker and her French owner features a large sundeck in the cockpit, a sofa and two tables. To stern the platform, which thanks to electronic hydraulics can dip under the water’s surface, makes accessing the sea much easier as it does launching and storing a tender. This first Fiart 43 Seawalker also features an IPS 600 motor setup, chosen from a list of six options including three with Volvo Penta, D4 and D6 and three with IPS Volvo Penta series 500, 650, and of course 600.