A new sale and a new order for Overmarine 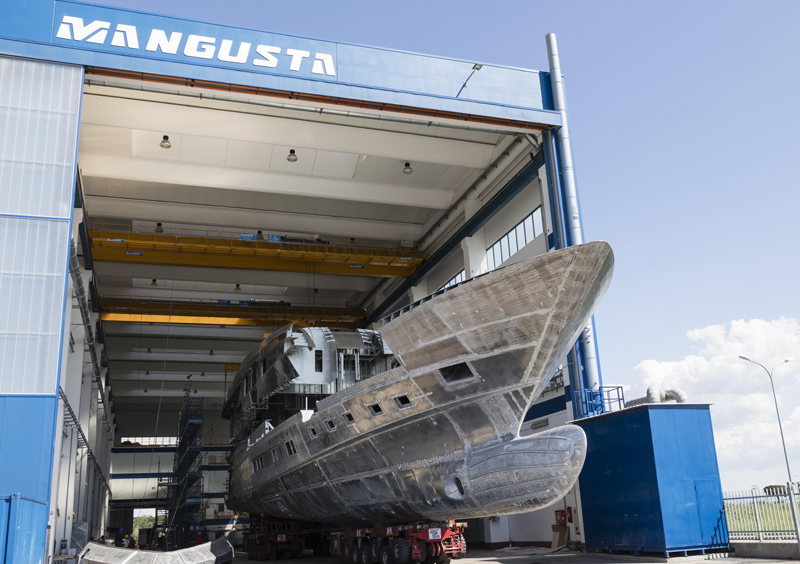 Following the sale of a Mangusta Oceano 43, the Overmarine Group has announced another order for a Mangusta Gransport 45 from the new Fast Displacement line in aluminium.

Designed by Alberto Mancini, the Mangusta Gransport 45 is, as the shipyard puts it, “the perfect balance of sport and comfort, combined with the flexibility of use that is at the heart of Mangusta’s concept of fast displacement”. Among the key aspects of the outer layout is the beach area to stern which spreads across an impressive 75 square metres, while on the inside the central hall on the upper deck connects directly with the stern area and the sunbridge to bow which features a spacious Jacuzzi.

The hull was developed jointly by the engineer Pierluigi Ausonio and the Overmarine Group Technical Department, and is a “Fast Surface Piercing Hull”, meaning a fast displacement hull with a bulbous bow. The model runs on three MTU 16V 2000 M96Ls with the two outer motors lined up with the axes while the central motor is paired with a Rolls Royce Kamewa waterjet. Top speed is 26 knots. The range at 20 knots is 1000 miles and reaches 3500 at 11 knots.

The launch of the new Mangusta Gransport 45 is scheduled for 2019.