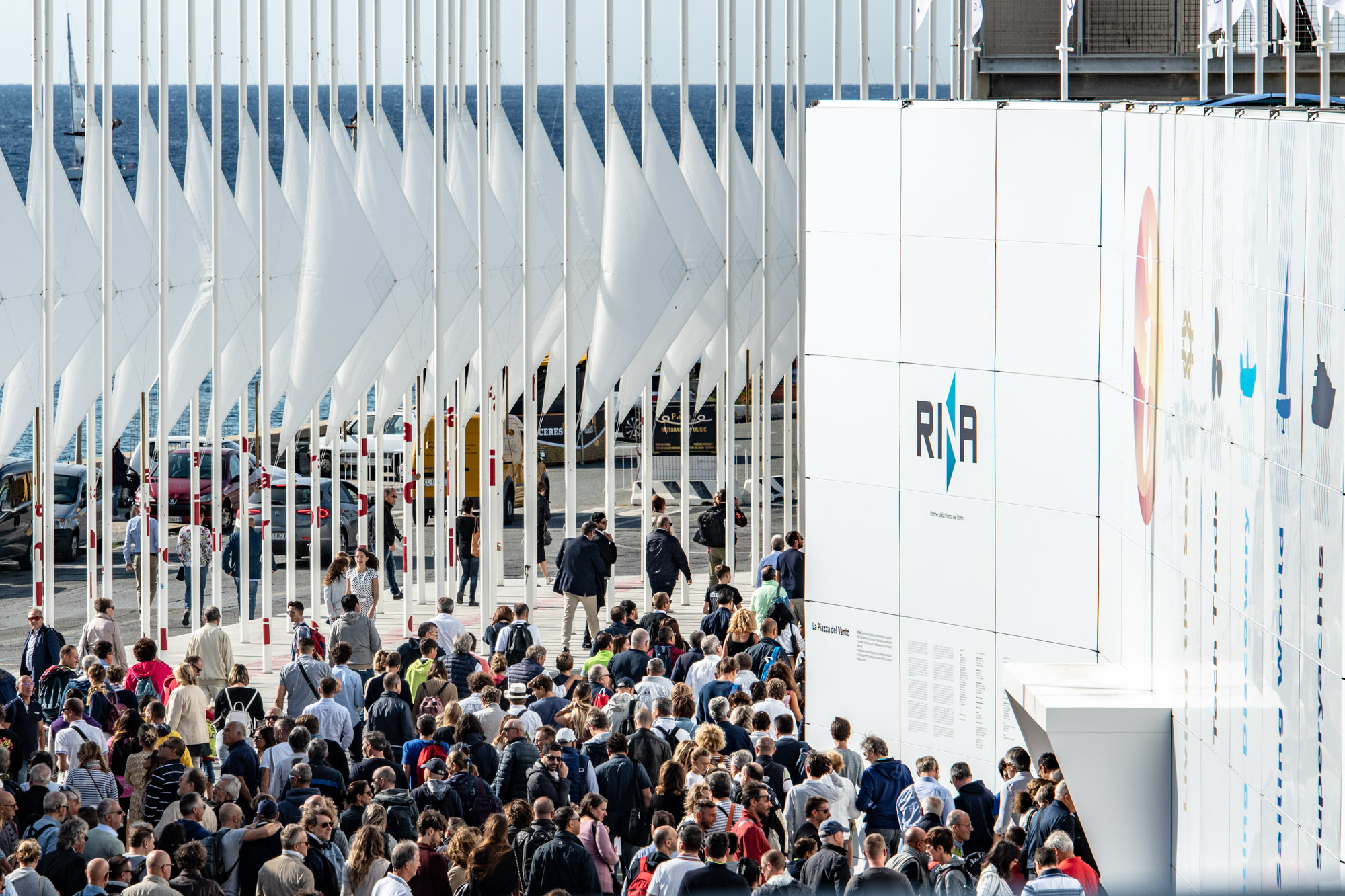 REACTIONS FROM THE EXHIBITORS

Yesterday, 24th September, saw the end of the 59th Genoa International Boat Show, the world-class event held by UCINA, Italy’s Marine Industry Association which from 19th to 24th September paid tribute to the Capital of Yachting with special events, sports competitions, exhibitions, conferences, technical seminars and all of the very latest from the world of international boating.

The Genoa International Boat Show has confirmed it will be back next year for its 60th edition from 17th to 22nd September 2020, already expected to be an even greater opportunity to celebrate the sea.

The much-awaited definitive closing figures have been revealed: 188,404 visitors came to the Genoa Boat Show, an impressive achievement that marks an 8% increase since 2018. The peak of visitor numbers was met on Saturday with a staggering 43.,00 visitors in one day alone.

Reactions from the Exhibitors

The event was “sold out”, with 986 exhibitors and numerous requests for greater display space, both on land and on water, from every market segment. There was a greater sensation of economic certainty with a large number of contracts signed and B2B meetings.

Massimo Perotti – Sanlorenzo: “We are indeed very satisfied, the Genoa International Boat Show has seen a huge number of visitors. Boating on an international level speaks Italian and the increase in foreign buyers is proof of that. Boating is made in Italy, our country is the unrivalled world leader of the industry, just as Germany is for cars”.

Marco Valle – Azimut: “We will leave the Genoa Boat Show with a positive feeling; our sense of the number of dealers was definitely more than we had optimistically expected. Visitors were mostly Italian but we also had a fair number of meetings with people from Belgium, Russia, France and Spain “.

Valentina Gandini – Mylius Yachts: “Like I can every year, I can confirm that I believe in this Boat Show. It is the event I assign the highest budget to across the year, and it went exceptionally well. Clients were highly targeted, very interested and we hope interested enough to close some of the deals begun during the event. I am very happy with the way it all went. The only aspect I would suggest being improved is how we are in a structure that at times appears outdated, we cannot let our quality be hidden behind this. This is a luxury show, luxury is the central theme and unfortunately the location can be lacking when it comes to the level of clientele it attracts.”

Francesco Spirito – Solaris Yachts: “This event has been very positive for us. Genoa is a fundamental show for us Italian manufacturers, this is where we measure the greatest impact in terms of visitors. We are very busy, so we can undoubtedly convey very positive feedback for visitors and for the organisation this year which has been even better this year in terms of logistics.

Piero Formenti – ZAR Formenti: “This Boat Show has gone exceedingly well and shown great growth in terms of visitors, stands and signed contracts. Italians, and others, are returning to the market so there is a lot of work for dealers coming to Genoa for sea trials. Beyond the more traditional markets, Eastern European countries are the new players on the block who are showing the greatest amount of interest in our country’s boating industry: Russia, Ukraine, Poland, Bulgaria, Romania and Hungary, these are the new emerging markets. There have been a lot of foreign visitors exploring the stands this year, mainly French, German, Scandinavian, Belgium and Spain, but also from the US, Hong Kong and Singapore. As for duration, myself and other representatives of the “smaller” boating world, are in favour of seeing a return to a nine-day Genoa Boat Show format, as a way to dilute the risk of bad weather of two weekends instead of just one.”

Antonio Pane – Nautica Salpa: “We consider this edition to have been a success. We’ve had the chance to unveil a number of new items which went down very well with visitors and professionals. We could have done more if Genoa and Cannes hadn’t been so close together and if the Genoa Boat Show hadn’t been so near the end of Summer. No major criticisms. As we’ve stated before, we would have preferred two weekends instead of one, so that we could have closed more sales.”

Giovanni Pomati – Nautor’s Swan: “A great Boat Show showing strong signs of recovery with a multitude of visitors, many of which knew what they were talking about. A lot of people from the industry and not just curious. The divided format offering specialised areas allowed for a more professional kind of visit. More and more visitors and more and more initiatives carried out here in Genoa so we’re happy. If Genoa wants to go back to being the best, it needs to focus on internationality and bring in more foreigners. Another thing, the infrastructure needs to be improved for such a wonderful city that has so much to offer.”

Fabio Biasotti – Veleria San Giorgio: “This year our expectations were high and yet they were all just about met. Our stand saw a lot of visits from interested parties. Beyond the number of visits, which we’ve seen is significant this year, there were more people already interested and informed about what they were interested in knowing about a particular product. This was definitely comforting for us.”

Luca Cornali – Garmin Italia: “We are very pleased with this 59th edition of the Genoa International Boat Show, there were a lot of crowds coming to visit. A lot of people and a lot of interest, we are indeed satisfied. As for the Show itself we are very happy with the way the logistics side of things has been handled, along with our stand and the Show’s general hospitality. The Show was very well organised and in line with our expectations.”

Alessandro Gianneschi – Gianneschi Pumps&Blowers: “The Boat Show went very well this year. The B2B meetings with foreign businesses were also an important aspect of this year’s edition. This is definitely something that needs emphasising and repeated for us in the accessories segment, we need to stimulate greater interest, not just from Italian operators but foreign buyers interested in accessories as well. From an organisational standpoint the Genoa International Boat Show has been very well organised, but there is always room for improvement.”

Alessandro Lorenzon – Boston Whaler: “This has been an intense and interesting year for the Genoa Boat Show, with what I think will be more visitors than previous editions. We have enjoyed an excellent location which saw lots of people stopping by at our stand, boating enthusiasts or not. We have been operating with dealers in Italy for forty years now. Italy is a key market for us, we have been coming to Genoa’s International Boat Show for many years. This Boat Show is always an important opportunity to make a lot of new contacts that we hope will turn into contracts, which has usually been the case here. For future reference, it would be nice to operate in a Boat Show that has brands offering similar products to ours, with a greater degree of division between areas specifically dedicated to similar types of products, so that visitors can find their way more easily throughout the Show.”