57th Genoa Boat Show: the events of the fifth day 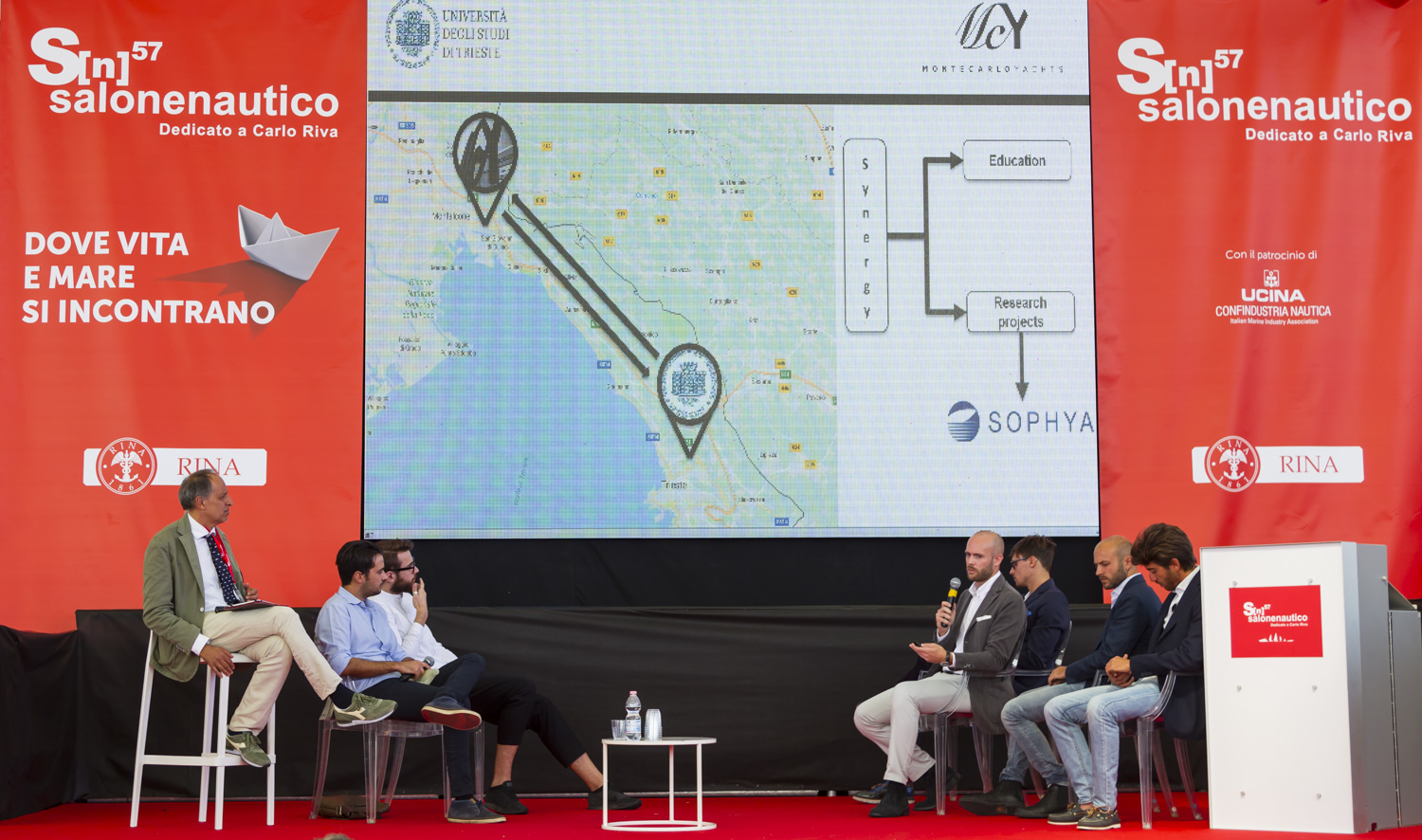 THE CONFERENCES HELD ON THE FIFTH DAY OF THE 57TH GENOA BOAT SHOW:

DE CANDIA, GENERAL MANAGER OF ASSILEA: “WE FINALLY HAVE A LAW THAT REGULATES LEASING AND THAT WILL FOSTER MARKET RECOVERY”

The conferences scheduled for the 57th International Boat Show opened today, Monday 25 September, with the Round Table “IVM – L’Innovazione Viene dal Mare” (Innovation comes from the sea) in collaboration with the Young Entrepreneurs of Confindustria (the Confederation of the Italian Industry).

Symbol of all that is made – beautifully and well – in Italy, the nautical industry is the ambassador of our country’s excellency in the world. A “made in Italy” that is strong in both mature and emerging markets and which has chosen beauty, research and innovation as its trademarks.

After the welcoming speeches given by Carla Demaria, President of Ucina and Susanna Moccia, Vice President of Confindustria’s Young Entrepreneurs, it was time to reflect on Boating and Innovation with Stefano Pagani Isnardi, of the UCINA Research Department. The other speakers who contributed to the discussion were Valerio Rivellini of Rivellini Sealife Experience, Marco Deiosso of Nausdream, Marinella Levi of the Polytechnic University of Milan, Alessandro Gianneschi of Gianneschi Pumps and Blowers. The round table ended with closing remarks by Alessio Rossi, President of Confindustria’s Young Entrepreneurs.

Assilea – the Italian Leasing Association, followed the event with a conference that aimed to take stock of the new policies and regulations regarding boat leasing.

Among others who spoke on the topic, Cosimo Maria Ferri, Undersecretary for Justice, stated: “The Government has introduced the new law on leasing with conviction, certain that it will support economic recovery. The data on leasing is positive, and thanks to this new regulation we now have clear points of reference: legal certainty, predictability of decisions, fair competition, increased transparency, and therefore more rights for users and consumers. We have reached our objective, an objective that is important on a European scale, since we were the only country without clear regulations on the subject. This will also contribute to make our market more appealing internationally, for the benefit of investors”.

After Mr Ferri, Gianluca De Candia, General Manager of Assilea, added: “Until today, leasing contracts were considered atypical contracts since they were not regulated by national law. On the 28th of August, the definition of a financial leasing contract was added to our legislation, disciplining the most delicate points of contract, when a client doesn’t pay, for example, or is in severe breach of contract. Our aim today was to provide a technical overview of the new regulation and then give the floor to the operators. At the moment what we know for certain is that leasing contracts are an essential instrument that can foster market recovery”.

During the afternoon the Theatre on the Sea hosted “Design, Innovation and 3D Printing”, a technical workshop on the opportunities that new additive manufacturing techniques can offer to the nautical industry. The workshop was organised in collaboration with ATENA Lombardia.

The UCINA Forum conference room also hosted an afternoon gathering organised by Regione Liguria and the Assessorato Sviluppo Economico (the Economic Development Department) entitled “Blue Economy: the Sea as a resource of growth and development in the European scenario and in regional contexts”.

The day drew to a close when the President of UCINA Confindustria Nautica, Carla Demaria and the General Manager Marina Stella paid a visit to the Department of Neurosurgery at the Giannina Gaslini Institute, accompanied by President Pietro Pongiglione.