Discover here all the special facilities provided by public transport in the city during the Nautical Show.

2€ discount on your entrance ticket when you present a boarding pass for an Alitalia flight to/from Genoa (referred to period 15th July – 26th September 2017)
www.alitalia.com

With the annual card you will be entitled to a reduced ticket of 13 €. A ticket for each card presented.

For the entire duration of the 57th Genoa Boat Show the Aquarium of Genoa makes a discount of 5 euros on all different price tickets for the Aquarium of Genoa, GalatAquarium, Planet Aquarium and Acquarium Village;
The Galata Museum of the Sea offers a special entrance rate of 5 euros for visitors and exhibitors of Genoa Boat Show. All the discounts are valid from 21st to 30th of September. Even the tickets for the PaleoAquarium exhibition will have a special discount of 4 euros if visitors show the Boat Show tickets or the exhibitors pass.

Presenting an Eataly receipt with the following sentence “Presenta questo scontrino alle biglietterie del Salone Nautico per ottenere uno sconto sul biglietto di ingresso” you will be entitled to a reduced admission to 13 € – Starting on September 15.
In addition, at Eataly – Genoa, you will be eligible for a 10% discount on the market or catering area, with a Genoa Boat Show access ticket (entrance ticket or exhibitor card).

FEDERATIONS OF THE SEA

All members of the Federations of the sea*, who present their membership card, will be entitled to two full entrance tickets for the price of one.

If you present your season ticket 2017/2018 at the entrance, you will be entitled to two full entrance tickets for the price of one.

Everyone who shows one of the following passes at the entrance of Boat Show such as: the 2017/2018 season ticket, the voucher or the ticket for the Sampdoria-Milan match shall be entitled to have a special rate on the admission (13,00 euros).
Moreover, the Sampdoria team makes a special discount on the occasion of domestic match against Milan: if supporters show the ticket Boat Show at the Stadium entrance, they will access in “Distinti” or in the “Tribuna Superiore” at the special price of 40 euros. (Men, Over 65 and “Rosa”)

7 February 2020 Confindustria Nautica: the process reuniting the entire recreational boating industry under a single national Association, has been a success.﻿

Go to the photogallery 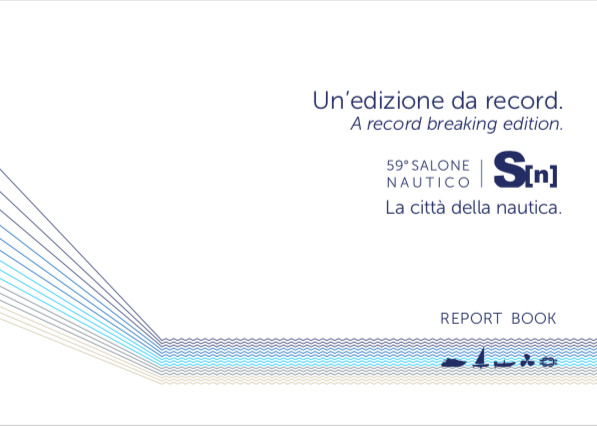 This website uses cookies, if you want to more informations about them or deny the agreement about using all or just a part of them read our Privacy Policy, the Cookie section of it. Closing this banner, scrolling the page, clicking on a link or going forward in the navigation, you agree with the use of the cookies. More infos